A rarity: not only were the supporting actor nominees of 1968 all first-timers - they were never nominated again! Sure, Gene Wilder would return as a co-writer on Young Frankenstein for Best Adapted Screenplay, but this is the only time he was recognized for his thesping, and no one else would return to this stage. Not Jack Albertson, though he found more solid fame (and three Emmys!) for Chico and the Man, and joined Wilder in the realm of cinematic immortality with Willy Wonka & the Chocolate Factory. Not Seymour Cassel, though he kept a solid career and would have buzz again for In the Soup and Rushmore. Not Daniel Massey, the Golden Globe winner - though I suppose the nomination is the reward for British character actors. And not Jack Wild, who found greater fame on the small screen in H.R. Pufnstuf...and tragedy through his long battle with alcoholism. No, these men and boy did not return for more accolades, for more praise. And indeed, only two of them received real competitive nominations throughout the season. 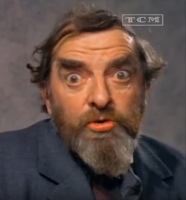 Daniel Massey is the only Golden Globe nominee for Best Supporting Actor to make it to the Oscars. Hugh Griffith was twice-nominated by the HFPA for his cameos in The Fixer (above, left) and Oliver! (above, right) - and I really do mean cameos; one scene per performance, though his Oliver! one is genuinely deserving of the nod. Also among the Globe honorees: Beau Bridges as a young hippie who wants to keep his wealthy family's maid at any cost in For Love of Ivy (terrific), Ossie Davis as an escaped house slave sold to a trapper in the Western comedy The Scalphunters (going by runtime and arc, he's THE LEAD, but whatever), and Martin Sheen as the son in The Subject Was Roses (also category fraud; like Ordinary People, the entire family unit works as a triptych lead).

Faces' Seymour Cassel won the National Film Critics Society award for Best Supporting Actor, beating out two other very arthouse NSFC-type titles: Dirk Bogarde as a sympathetic lawyer in The Fixer and Sydney Tafler as a Jewish gangster in The Birthday Party. Bogarde is aces in his film - hell, he's aces in all his films. Tafler's pretty good, but I couldn't take my eyes off of Patrick Magee.

That's who didn't make it. Here are the one-and-dones that did. After the jump. 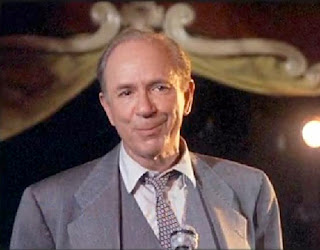 Reprising his Tony-winning role from the stage play, Albertson knows this man down to his bones. A believable, wrenching performance of a resentful patriarch trying to capture some feeling of dignity, accomplishment, and family. It's a moving, frustrating performance...and it's a lead role, which is why it's not a full five stars. 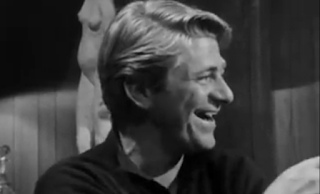 A breath of fresh air for both the middle-aged women he entertains and for me! Cassel's young rake is undeniably attractive, with a swagger that sees just how far he can push - insisting on a good time, working a room, zeroing in on his target. Out of everyone, the most convincingly "real".

This Coward is Jimmy Cricket and Fairy Godmother, dispensing advice and making dreams come true for Gertrude Lawrence. Massey does extraordinarily well with a character that exists to toss off bon mots and provide guidance. Beautifully handles the Coward dialogue beautifully. A perfect screen partner for Julie Andrews.

Carries at least two musical numbers in the first act. Appealing enough to be likable, rough enough to be convincing as a "villain for life" despite his age. A solid child performance. 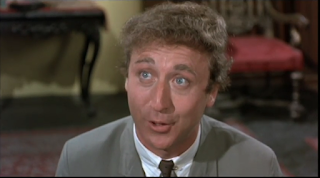 The level of hysteria this performance is pitched at should be annoying, yet Wilder gets away with it, thanks to that stone face that belies the energy of his delivery. Best scene: the courtroom monologue. Still think he's a co-lead, which is why he's not a full four stars.

The Oscar went to one of my favorite performances of the entire year - but god Lord, what a horrid process these people went through. One of them was a child, lest we forget!: 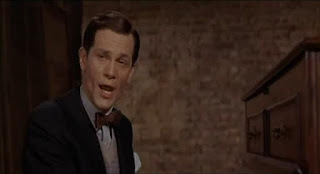 Tomorrow, the nominees for Best Original Score: The Fox, The Lion in Winter, Planet of the Apes, The Shoes of the Fisherman and The Thomas Crown Affair.

Couple of things..Daniel Massey was Noel Coward's Godson
Jack Albertson only won 2 Emmy's and only 1 was for Chico and the Man, his other was his Variety performance for the Cher Show and you made concessions in newer posts for roles that are leads, according to you , so not sure why here you remove a star

Hi Kaejae! I don't think I've made concessions, I just don't always elaborate (as I should, admittedly) that a star is being removed for perceived category fraud.