Usually, I like to group the Score categories together - Musical/Adapted/Song Score with Original/Comedy or Dramatic Score - since, you know, they're sister categories. For 1968, I decided to do things a little differently and pair Musical Score with Original Song, mainly because it's only natural for there to be overlap (and there is!); even better, it saves me room on the tags.

Some great music...and some dull music! All after the jump.
For Best Original Song, the nominees are:


Titular tunes do well here, as you'll see. A catchy ditty, this, and one that actually bears some relevance to the story - a feat sorrowfully rare for this phoned-in Sherman Brothers score. If we had to go with this film, I would have preferred "Hushabye Mountain" or "Doll on a Music Box" or "Truly Scrumptious".


What did I say about titular tunes! I quite like this one, it puts a nice stamp on things.


Fits into the narrative beautifully, seamlessly transitioning us back to the film's beginning. Lovely and heartbreaking and perfect for Fanny.

Perhaps being the sole nominee not named after its film benefited "The Windmills of Your Mind": 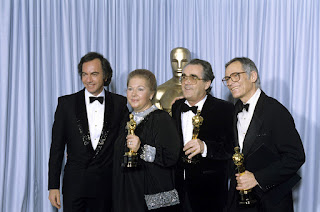 As for Musical Score. The nominees:

Oliver!
Johnny Green
based on music written by Lionel Bart for the 1960 West End show
****

It was winning a lot that night - but I'm personally torn between Scharf's adaptation and Legrand's totally original creation. Hardly fair to compare, but that's what one has to do when voting. And so I give my final stamp of approval to: 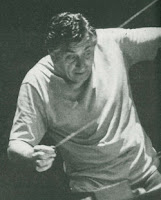 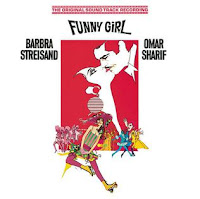 Tomorrow, the nominees for Best Actor: Alan Arkin in The Heart is a Lonely Hunter, Alan Bates in The Fixer, Ron Moody in Oliver!, Peter O'Toole in The Lion in Winter and Cliff Robertson in Charly.