Before the Moonlight / La La Land Best Picture fiasco, it was the most iconic moment in Academy Awards history. There are people who know the entire presentation by heart. It's largely regarded by Oscar Queens as Ingrid Bergman's greatest performance. See for yourselves:


So many things are happening in this story. First is Katharine Hepburn's unexpected win - having just won the previous year for Guess Who's Coming to Dinner?, she became that rarity: the consecutive champion (fitting, too, that the first actor to pull it off was none other than Spencer Tracy). Second is Barbra Streisand's somewhat unexpected win - I say "somewhat" because post hoc, people have accepted that her win happened because of Babs' early admission into the Academy allowed her to vote for herself, therefore leading to a tie; the implication being that it would have been Hepburn's had Streisand not been voting, ignoring the fact that consecutive wins are, as I said, rare, and Streisand was dominating the circuit all year.

Third: the total dismissal, historically, of the three other performances nominated this year, including Patricia Neal's return to film after her strokes and Joanne Woodward's reminding everyone that, yeah, she's got it. Let's give everyone their due, shall we?

Katharine Hepburn as Eleanor of Aquitaine
The Lion in Winter
*****
past two-time winner, 11th of 12 nominations; BAFTA Award winner for Best Actress; Golden Globe nominee for Best Actress in a Drama

Just incredible. Hepburn's Eleanor is a shrewd political operator and a prisoner enjoying her free time - she savors each battle as a breath of excitement, even as she knows the joy is short-lived. Mother, wife, queen: the regal Hepburn shows every facet of her at all times, even knowing to distinguish the manipulation from the real thing. Her familiar chemistry with O'Toole's Henry is indelible. And then punctuated with a final look that says, "Ok, we've done this all before - and we'll do it again!"


Patricia Neal as Netty Cleary
The Subject Was Roses
*****
past winner, second and final nomination

From her first closeup - a resigned face waking once again to this...life - Neal pulls us into Netty's world of disappointment. Yet as the film progresses, she constantly surprises with her varying degrees of sympathy, bitterness, affection, wit. Note that feline inflection when it's alleged that she chased her husband instead of vice versa: "That'll be the day," she purrs, and while it seems in keeping with her prior dismissals of him, there's an intimate humor here, a smile and a side-glance that communicates 25 years of partnership. 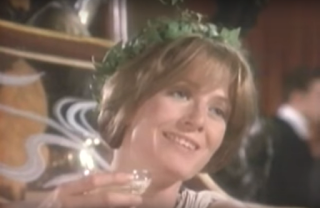 I certainly believe the way Redgrave plays Isadora Duncan, an airy nymph who follows her impulses like they were messages from Heaven. But there's not much more to play after that, and the film seems to be missing the transition between her rocky marriage to the Russian poet and her retirement in the South of France, leaving Redgrave to play scenes instead of an arc.

Even having grown up fully aware of her and her talents, the moment she starts singing "The Greatest Star in the World", I got goosebumps, tears in my eyes. She enters like a star and leaves like a star. And it's not just the voice - throughout, her Fanny is a woman of honest chutzpah, quick-witted, equally able to deliver pathos and comedy. Streisand never misses a note in lyric and book alike. I don't know what else to call this but perfection. 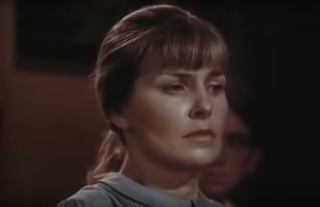 Woodward is terrific at pinched repression, at suffocated yearning. I honestly love the little smiles she allows Rachel when she mutters witty retorts, genuinely proud that she's on-the-spot funny. Her anxiety while trapped at the church service is palpable and real; her confession of love for someone she hasn't seen in decades less so, but her face in the moment is still compelling: anguished, nervous, hopeful.

It's the question you must answer. In the Great Tie of 1968, who do you vote for: Hepburn or Streisand? I thought long and hard about this - decided, deleted, decided, deleted again....and finally looked deep into my heart, reflected on which performance affected me most, the one I think about most often. And finally came to this conclusion. My vote goes to: 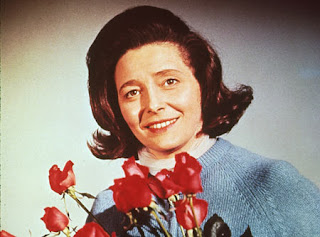 PATRICIA NEAL
for
THE SUBJECT WAS ROSES

Tomorrow, more films of 1968, as we gear up for next week's Top Ten and Retro Hollmann Awards.