Every single nominee here was a five-for-five transfer from the Golden Globes' Best Actress in a Drama category. That has only happened one other time, in 1995: Susan Sarandon (Dead Man Walking), Elisabeth Shue (Leaving Las Vegas), Sharon Stone (Casino), Meryl Streep (The Bridges of Madison County) and Emma Thompson (Sense and Sensibility). Stone won the Globe, but Sarandon won the Oscar.

If one wants to stretch it a bit, one could also count 1962, in which the Academy's lineup of Anne Bancroft (The Miracle Worker), Bette Davis (What Ever Happened to Baby Jane?), Katharine Hepburn (Long Day's Journey Into Night), Geraldine Page (Sweet Bird of Youth) and Lee Remick (Days of Wine and Roses) were also all up for the Drama Actress Golden Globe...albeit within an expanded slate of ten nominees. Page won the Globe, Bancroft the Oscar.

And in 1969, Geneviève Bujold won the Globe...while Maggie Smith won the Oscar: 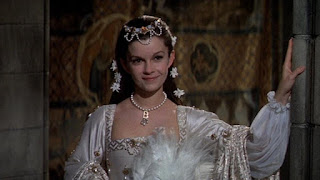 Geneviève Bujold as Anne Boleyn
Anne of the Thousand Days
****
first and only nomination; Golden Globe winner for Best Actress in a Drama

Stronger when she plays stubborn, furious or calculating than when she plays romance - but that just shows that the passion is, indeed, there, just not in ways we expect from this genre. A strong, unexpected performance.

The devastation of desperation. Every acrid word out of her lips condemns us, beyond the Depression, beyond the 1930s, beyond the dance floor. Fonda meets the challenge of playing the last vestiges of strength right before they give way to despair. She's heart-breaking. 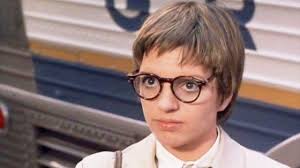 Steamrolls over everyone around her - in the most charmless, obnoxious way imaginable. Liza plays her obstinance, dependence, and eccentricities very well. She may be annoying, but she's very real. Her  long, single-take phone scene is a mini-masterclass, deserving of "Most Promising" honors.

She takes very seriously the role of a wife and mother disappointed by an underwhelming life, but she's saddled with a pretentious screenplay that asks her to recite fortune cookie dialogue. Perhaps she's too serious: her character's fanciful mindset is not borne out by the performance. 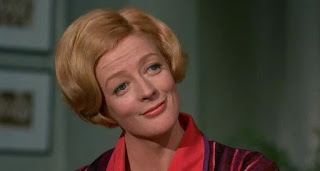 Smith's every gesture and line reading shows not only why her quick wit and magnetism prove irresistible to girls and men, but just how lost Jean Brodie is in the role of Jean Brodie. Even when threatened with dismissal, she relishes playing martyr. It's not until the end that the mask truly falls.

Jane Fonda had been the favorite to win, being the biggest name at the time and having the best narrative: daughter of Hollywood royalty upends sex kitten persona by displaying heretofore unseen chops. Indeed, it's surprising, and an upset at the time, that the Oscar instead went to Smith, whose film had come and gone the previous February.

I am also divided between the two, as you can see. But I have only one vote to give, and that vote goes to: 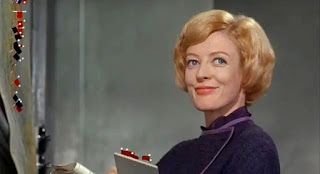 MAGGIE SMITH
for
THE PRIME OF MISS JEAN BRODIE

Tomorrow, doubling up on music duties with the nominations for Best Score (Not a Musical) and Best Musical Score. They are: Anne of the Thousand Days, Butch Cassidy and the Sundance Kid, Goodbye, Mr. Chips, Hello, Dolly!, Paint Your Wagon, The Reivers, The Secret of Santa Vittoria, Sweet Charity, They Shoot Horses, Don't They? and The Wild Bunch.