It doesn't happen all that often. So where were the members of last year's class? Lynn Carlin was doing television; she'd be back on the big screen the next year in ...tick...tick...tick.... Sondra Locke was filming a movie that also wouldn't come out 'til 1970, Cover Me Babe. Estelle Parsons, who had ridden her 1967 Oscar win to a follow-up 1968 nomination, was upgraded to leading lady status for the comedy Don't Drink the Water. Reigning winner Ruth Gordon also had an arguably lead role, playing the thorn in psycho-biddy Geraldine Page's side in the thriller What Ever Happened to Aunt Alice?. Only Kay Medford had a definite supporting role in a 1969 film - Angel in My Pocket, a little-seen Andy Griffith film that resulted in the latter ending his film deal with Universal.

And so that left the field open for five newcomers, none of whom were Brenda Vaccaro. Why mention Brenda Vaccaro? Well, believe it or not, either of these names could have been hers. Vaccaro has, perhaps, the most screentime of any woman in Midnight Cowboy, appearing as a party girl who brings Joe Buck home with her. She was nominated for a Golden Globe for the performance, but co-star Sylvia Miles got the Oscar nod. Meanwhile, Goldie Hawn's Cactus Flower performance wound up winning the Oscar:


But did you know that Vaccaro originated that role on Broadway? She was even nominated for the Tony Award for Best Featured Actress in a Play, losing out to Zoe Caldwell for Tennessee Williams' Slapstick Tragedy (Caldwell also won the Tony for originating The Prime of Miss Jean Brodie on Broadway). Vaccaro would have to wait another six years for an Oscar nomination, when she was honored for her work in Once is Not Enough. Her fellow nominee that year? Midnight Cowboy's own Sylvia Miles... 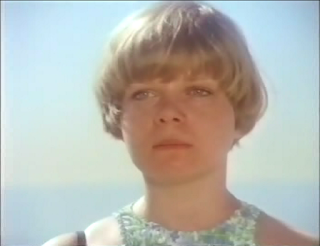 Striking in her first scene, so natural in her awkwardness, she continues to nail every facet of her character: the obnoxiously know-it-all, the surprisingly charming romantic, the confused innocent, the beaten-down outcast. Her performance makes the gut-punch ending, and thus the movie, work. 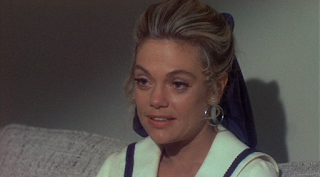 The therapy session is The Scene, of course, as she navigates disdain for her friends' new liberalism with her own pent-up titillation. But I also dig the bedroom scene between her and Gould, expertly sparring as they debate whether or not to have sex. A clear co-lead, though. 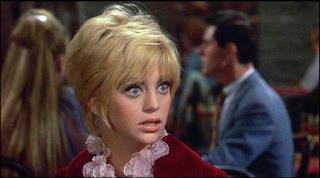 What could have been a classic bimbo role becomes more human in her hands. In that first scene, she sets the pace and tone for the rest of the movie - funny, charming, and more intelligent than first impressions imply. A terrific, star-making performance. 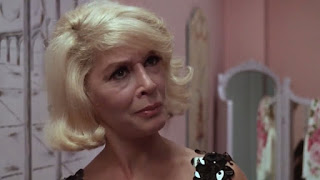 Makes the most of her brief screentime (five minutes? if that?). Sexy, manipulative, dangerous - all that's wonderful and frightening about New York in one woman. Joe Buck never stood a chance.

Stands out a film full of desperate characters - you actually see the light in her eyes dim. Her need for reassurance and desire, come with a junkie's hunger. Her breakdown about her dress reminded me of Saaphyri in Flavor of Love: she's known want, and she's through with humiliation.

Just a glance at the board tells you there's no competition for me. My Best Supporting Actress vote is: 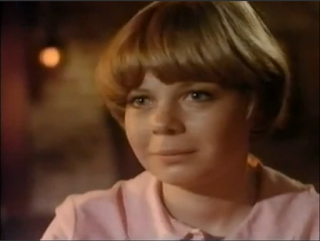 Tomorrow, we finally get to Best Picture: Anne of the Thousand Days, Butch Cassidy and the Sundance Kid, Hello, Dolly!, Midnight Cowboy and Z.