We wrap up this first week with 1969 with a look at Best Supporting Actor:


Fifty years later, one name rings out above all the rest: Jack Nicholson. While he was no newcomer to Hollywood - he made his movie debut 11 years earlier in The Cry Baby Killer and contributed to the screenplay for the Monkees film Head - Easy Rider announced him as a true presence to be reckoned with, a Star for the ages. He may be approaching his tenth year of retirement, but Nicholson still looms large in the industry - my God, I still hear twenty-somethings debate his performance in Batman, get bowled over by One Flew Over the Cuckoo's Nest, quote Anger Management.

Also worth mentioning: Rupert Crosse's nomination makes it the first in this category for a black actor. Crosse was an Actor's Studio alum who trained under John Cassavetes and is best known for his work in the director's Shadows...although, sadly, I first knew him as the actor who had to drop out of The Last Detail due to cancer. It would be another 12 years before another black actor  was nominated (Howard Rollins, Ragtime) and another year after that before one would win (Lou Gossett, Jr., An Officer and a Gentleman). Fifty years later, Mahershala Ali stands as the reigning Best Supporting Actor champ, the only black actor to win it twice. Here is the legacy of Rupert Crosse.

Nicholson, Crosse, and the rest of the competition - after the jump...

Rupert Crosse as Ned McCaslin
The Reivers
***
first and only nomination

An engaging performance. He gets a moment to play gravitas and does beautifully, but overall, he's having a lark, matching McQueen beat for beat and even scene-stealing from time to time. Nicely done. 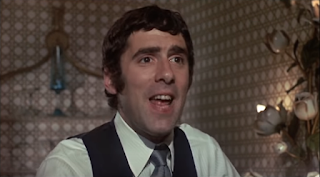 So casual a presence, hitting every witticism, every nervous chuckle with understated ease. He shows us the happiness, the comfort, the frustrations of a man long married - and the enticements this new liberalism holds. Threads the line between friendship and flirtation. Sexy. Also: a clear co-lead! 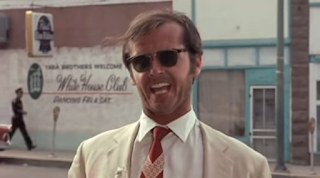 An undeniable magnetism from the moment he enters. An energetic representative of how even "white collar" America was disillusioned, Nicholson's specific behavior (like his drinking caw), his sense of control behind the mania, make a man out of a sketch. The best part of the film.

None of his co-stars are working at his level. All other royal manipulators play so nakedly; Quayle's performance is of a man who works behind the visage of patience and humility, constantly thinking, confident in his mastery of the game - so much so that he has to fall when a new one is introduced.

More than an opportunistic sleazeball, he's exhausted by the repetition of the marathons, annoyed and disgusted at the "yowza yowza yowza" mantra he is forced to recite. Even when he exploits people to his own benefit, there's no pleasure. Just a joyless passing of time. Spooky.
--------------------------

Gig Young won the Oscar, as you saw above, but by a margin, my vote goes to:

ANTHONY QUAYLE
for
ANNE OF THE THOUSAND DAYS

Here endeth the first week - and so far, I don't agree with Oscar's picks, though I do respect most of them. Next week, we start with Best Actress in a Leading Role: Geneviève Bujold in Anne of the Thousand Days, Jane Fonda in They Shoot Horses, Don't They?, Liza Minnelli in The Sterile Cuckoo, Jean Simmons in The Happy Ending and Maggie Smith in The Prime of Miss Jean Brodie.