It's August 2nd, folks, so I figure now is as good a time as any to let you in one the plan.

Remember about a year ago, when I did back-to-back trips through the Wayback Machine? It was 1974, and I thought Lenny was better than The Godfather: Part II....then it was 1964, and I supported the Academy's backing of Rex Harrison for Best Actor....

And now, after numerous false starts (including attempts at 1957, 1950 and 1987), I am proud to announce that on August 6th, we'll be stepping back in time once more! But before we do, of course, I want to share with you my Top Ten from our last outing. You know the first five already, but why should that get in the way of the fun? Take a gander:

1. The World of Henry Orient

Nominated for one Golden Globe, named one of the Top Ten Films by the National Board of Review, this underseen gem is a wonderful ode to the bridge between childhood and the teen years. Nominated for eight Hollmann Awards, it won Best Adapted Screenplay, for Nora and Nunnally Johnson, and Best Picture of the Year.

A juggernaut at the 1964 Oscars, and one that I revisit at least once a year. One of my favorites since I was a boy, I fully backed four of its eight Oscar wins, and even honored it with six nods of my own. It won one -- for Best Actor Rex Harrison's stellar performance as Henry Higgins. 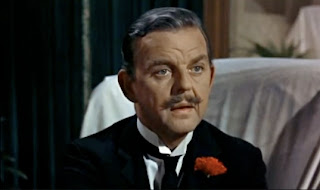 My Fair Lady's chief rival throughout cinematic history, but no matter who wins, we all come out the real champions, eh? Of its eleven Hollmann Award nominations, the Visual Effects team and Supporting Actor David Tomlinson took home the gold. YouTube took down the copy I saw weeks after I saw it; a pity, as it's not even available on DVD. Still, I recommend seeking out quiet little beauty, which won three of its four Hollmann Award nominations: Best Actress (Geraldine Page), Best Original Screenplay (Tad Mosel) and Best Original Song ("Dear Heart"). 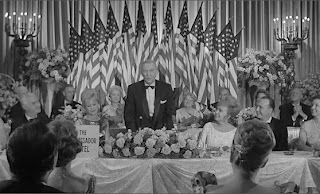 I like to think somebody was reading my blog and thought, "Hey! That is a great show! Let's revive it on Broadway!" Wishful, perhaps, but you cannot deny the timing! Nominated for six Hollmann Awards, including the late Gore Vidal for his Adaptation of his own play, the only award it took home was richly deserved -- Best Ensemble.

Imperialist? I don't think so. It's two worthy armies doing battle, with one triumphing against impossible odds. It's inspiring, exciting, riveting! Nominated for five Hollmann Awards, winning one for John Toll's Cinematography.

7. Dr. Strangelove; or, How I learned to Stop Worrying and Love the Bomb 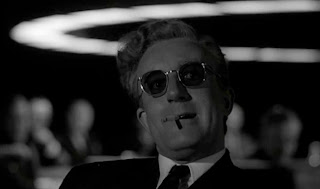 The last of Oscar's Best Picture nominees to make it to my Top Ten. The film needs little introduction, as its influences can be seen throughout our media landscape. Peter Sellers gave a phenomenal, Oscar- and Hollmann-nominated performance, but let's give it up for the man who I awarded Best Director: Stanley Kubrick. 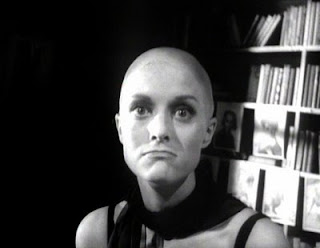 Cult classic that I've seen listed as "camp", "exploitation", "one of the most amusingly bad films ever made". Sorry, Charlie, that don't fly with me. The Naked Kiss is a haunting film that chills with its disturbing visuals and chilling twists. Samuel Fuller got a Director nom for this, but this film's win was for Best Editing, as cut by Jerome Thoms. 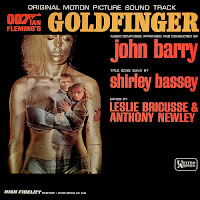 James Bond is my favorite film series. To not honor Goldfinger...well, it's like reading the New Testament but skipping the Gospels. Five Hollmann Award nominations, winning for Best Sound.

10. The Night of the Iguana 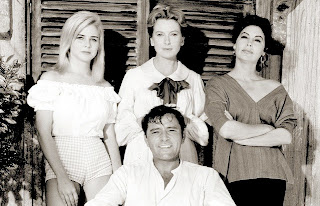 A sweaty, carnal, stormy, hopeful drama from the pen of Tennessee Williams. It was tough having to leave off Richard Burton in my Actor ballot, but I did right by the film: five nominations, with wins for Dorothy Jeakins' Costume Design and Grayson Hall's Supporting Actress performance.


Such was 1964, as seen by me. So what could possibly follow such a legendary year? What Best Picture lineup is worthy of walking the path tread by 64's five film classics and '74's four masterpieces plus The Towering Inferno?