The Toughest Choice of All: Actress, 1975

I wish it could be more complete, truly. But after trying the library, appeals on Twitter, etc., I just couldn't find a way of getting to Hester Street. I learned to accept this, though. As I mentioned earlier, I missed A Better Life last year, and I managed to survive. Truthfully, I love seeing every nominee if I can -- but if I can't, I must accept it.

The four I did get to see were phenomenal, though. I know I'm supposed to view 1974 as this category's zenith, but I prefer the zaniness of this year's line-up. Indeed, it was difficult to choose a winner...not until today did I settle on my champion.

But you'll see that eventually. For now, the nominees for Best Actress: 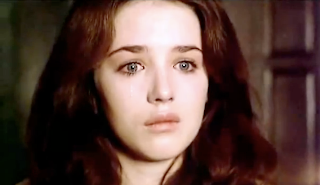 Only nineteen when she took the role, Adjani surprises with her subtlety and insight. She is Adele H., the daughter of Victor Hugo who pursues the man she loves all the way to Nova Scotia -- though he does not love her back. Look at the way Adjani allows Adele to practically swoon over the lies she tells, until she herself believes them. The self-righteous anger with which she writes her parents, asking for more money and announcing a fictional betrothal, is immediately recognizable in any number of young people who insist that they have found their one true love. And the unconcerned, confident way she struts about, hair akimbo, talking to herself: that's the confidence of a crazy person who has no idea why the world is conspiring against them. 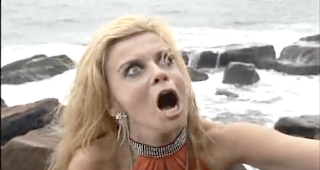 As one critic put it, "she sings and dances like the fate of western civilization depends on it." Or at least that of her son, the titular deaf, dumb and blind kid. Ann-Margret is remarkable as Nora Walker: after her Act One hysterics of "What About the Boy?", she shows a mother who still tries to get her son some sort of help -- specialists, religion, whatever -- but has more or less shut down. And when he has finally found something in his pinball wizardry, she shows us the conflict between enjoying his success and weeping the inability to communicate with him. Surely the sequence of "Smash the Mirror/I'm Free", when she can finally tell him how he's a Messianic millionaire inspiring people, is her strongest moment: as she reaches out with the love of a mother, her eyes roll with the madness of a fanatic. It is an utterly bizarre, gaga performance, but damn if she isn't selling it. 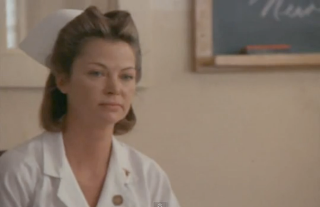 Louise Fletcher in One Flew Over the Cuckoo's Nest
***

Displaying the same knack for understatement she displayed in Thieves Like Us, Fletcher's legendary portrayal of Nurse Ratched is more textured than the rest of the film wants to allow. Certainly, Ratched seems cold-hearted in her clinical detachment from her patients, and almost sociopathic in her humiliating goading of public confessions during "group therapy". But when dealing with a floor full of emotionally unstable people, voluntary or not, clinical detachment is probably the best course of action. Indeed, whereas other actresses could have made this a monstrous, power-mad villain, Fletcher makes it clear that while Nurse Ratched may indeed be controlling, she is a nurse who cares for her patients: witness her "NOOOO!" at the fate of one the patients in the finale. And when someone comes along to threaten what she considers to be the Right Way to Do Things, he must be stopped -- by any means necessary. Of course, I still consider this a supporting role, so I dinged her a star (as is my custom), but Fletcher's contribution is not to be understated. 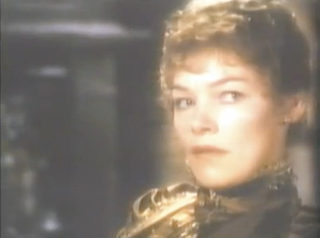 It is said that Hedda Gabler can be played as a victim, a villain or a feminist hero. Jackson does a bizarre combination of all three that is absolutely delicious. Jackson's performance is the delirious icing on the crazy cake that is Best Actress, 1975. She presents Hedda as a woman who has made her bed, but refuses to lie in it; who entraps the man she loves and the people who love her as a bizarre revenge for crimes against her pride; who knows she's funny and brilliant, but also knows that that's worth peanuts to this group of academics and gossips. In short, Jackson plays Hedda as far too good for these people -- and this play -- and as such is someone who, in my most egocentric moments (don't we all have those), I completely identify with. Confident of her smarts, mystified by her presence among these people. Her reading of "vine-leaves wrapped in his hair" is to die for.

As I said, I had the devil of a time choosing my champion. I even thought about a tie, but no...one must choose. So, while Fletcher won the real Oscar, my Oscar vote goes to: 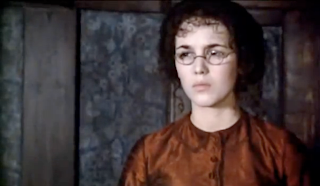 Congrats on making it through this project Walter. I wish I could have offered more lucid thoughts but it's been so long since I've seen most of these films (and some I'm still yet to see), but I've enjoyed reading your good writing on the categories.