Past, Present and Poon: Original Screenplay, 1975

It's been a while since I've actually written an introduction, but I felt it necessary to shed some light on my ratings here.

Often, I feel, we champion individual screenplays based on our affection for the finished film, not for what the original author wrote. Because of this, we often miss out on very good screenplays that are poorly executed by a pedestrian director, or overpraise shallow work that a particularly skilled filmmaker polished into something enjoyable. It is understandable -- not everyone has access to screenplays (I don't), and so we can only go on what we see. If the movie's great, the screenplay must be great, and vice versa.

Well, I've done my best to concentrate on the individual screenplays as opposed to the finished product. It's difficult, and I don't claim to have been fully successful, but sometimes one can feel when a strong piece of work was mishandled, or the reverse. Take, for instance, Shampoo, a film that I will no doubt revisit for the performances, cinematography and direction, but also a film that, I feel, works in spite of its screenplay. More on that later.

Hopefully, I've done all right, and made clear why I rated these films the way I did. Hopefully, too, you'll feel free to argue with me. Anyway, the nominees for Best Original Screenplay: 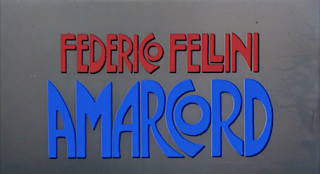 With a colorful array of characters, Fellini's look at one year in a small town during Mussolini's reign is as uniquely Italian as it is universal. With the title translating to "I Remember", we are offered episodic glimpses into life at school (where the teachers are dull and pranks are pulled), home (quarreling yet well-meaning parents), and the neighborhood, along with those significant events that mark a lifetime. I'm talking holiday traditions, weddings, funerals, political rallies...and first brushes with sex. Warm, funny, with a teary-eyed mix of sadness and nostalgia, it's like hearing familiar and beloved stories from an old friend.

Claude Lelouch and Pierre Uytterhoeven for And Now My Love
ABSTAIN 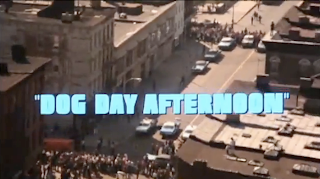 Frank Pierson, from an article by P.F. Kluge and Thomas Moore, for Dog Day Afternoon
****

The phrase "churning out" has a negative connotation, usually, but man -- the 70s really churned out some perfect original screenplays, didn't they? Every line, every action offers something new, be it plot twist or character detail. Pierson provides those nuances that give Lumet his ensemble, the actors those incredible scenes, and cinema a masterpiece. Still, it's based on article, and I've always found it especially odd that screenplays based on newspaper articles are not considered adaptations, especially when it's credited like this. 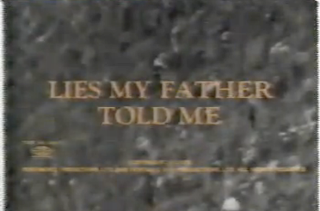 Ted Allan for Lies My Father Told Me
***

Well-meaning film about a boy in a Canadian Jewish ghetto who adores his grandfather, a rag-and-bone man. The relationship with the grandfather is sweet, but the parents are sketchily written, though it could have worked in the hands of some stronger actors. It's sweet enough, and I shan't punish the screenplay for the shortcomings of the cast and director. 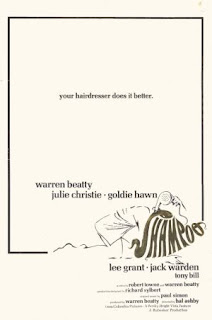 It's okay that I think this is slightly overrated, right? Has some great lines, and does a great job with some of its supporting players, but I find its protagonist undercooked - yeah, yeah, he's kind of dim and it's one of those characters who is who he is, but who he is, is a half-baked mechanism to satirize sex, gender relations, politics (I guess?), and changing times. I don't find it nearly as clever as it thinks it is, nor do I feel that most of the pivotal plot points come from logical transition so much as a necessity to keep the story going.

Dog Day Afternoon won the Oscar, and might have won my vote if not for the category confusion. Sorry, but if a sequel's an adaptation, then so is a film based on a newspaper article. So, my vote goes across the Atlantic:

FELLINI & GUERRA
for
AMARCORD
because, while i haven't gone, i've totally been there
Posted by Walter L. Hollmann at 8:05 AM