The nominees for Best Director are: 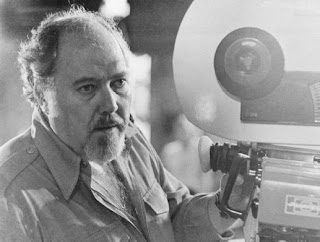 All the directors here do wonders with their ensemble, but Altman especially is spectacular in his handling of the multi-storied, plotless sprawl of Nashville. I'm not just talking about his handling of the 24 stars, but of the performances he captures from Merle Kilgore as a local bartender, the Smoky Mountain Laurels, the diner talking to Keenan Wynn at the airport cafe, the girls working on the political campaign. He never overplays the satire, nor does he alienate with the darkly comic tone. This is his masterpiece. 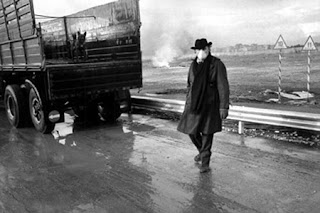 If Spielberg must be left out of the party, at least his replacement is a worthy one. Fellini may be at his strongest here, leaving his camera sometimes stationary (the family dinner), sometimes at a distance (from the uncle up a tree), sometimes moving about, discovering people along with his ensemble (various times). He's pitched the actors at that wonderful place between reality and hyperbole, so that even in the most exaggerated of memories we still identify with them. His handling of different tones within a single sequence -- the Fascist rally being the best example -- is seamless. It looks like a memory, and that's important. 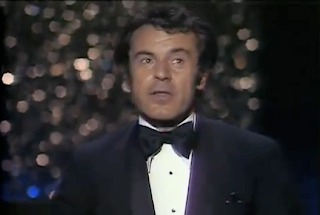 Milos Forman for One Flew Over the Cuckoo's Nest
***

Forman's light touch allows his scenes to feel unconfined: a major plus considering the setting. Indeed, surely we must credit him with the excellent chemistry shared by the patients of the 4th floor ward, and for integrating star Nicholson so comfortably with the rest of the group. He doesn't treat the triumphs of the fishing trip or the Christmas party with too much fanfare, maintaining the sense of transience that is McMurphy's presence. No, his moments of triumph are unusual: not watching the World Series is more inspiring than getting Ratched's approval, and the final scene...well, just listen to that celebratory whoop given by Lloyd. 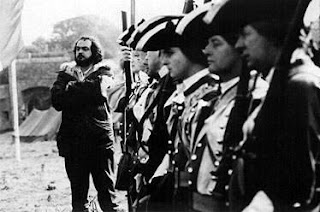 Kubrick's unparalleled in his execution of tone; here, his choice of music, framing, lighting and actors all serve his darkly comic, unsettling masterpiece of social climbing and class snobbery. Everything is as meticulously arranged as the class structure -- or at the very least the drawing-room. Casting dashing blank slate Ryan O'Neal as dim, handsome Barry and the tragically beautiful Marisa Berenson as the melancholy Lady Lyndon are great coups. And while Kubrick is often accused of being a cold director, here his clinical eye is the perfect one with which to witness the bullshit. 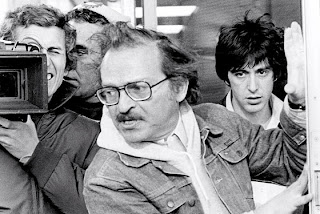 Like Altman, Lumet's style is fast and loose, allowing for a spontaneous energy to flow throughout the proceedings -- even though everything is obviously lit and covered quite methodically. It's this energy that gets that electric current running through his ensemble of actors, ratcheting up the tension in each successive scene until that breathtaking climax. Too, more than any other director I've watched, Lumet's New York City is vibrant and real. Surely it's his New York we see in our heads when we think of the city, and here it is, captured in one of its infamous, broiling summers.

Cuckoo's Nest was sweeping the race, so Forman got his first Oscar. But you may have noticed that I've got a sweeper of my own. And so, it is with great pleasure that I award my Oscar vote to: 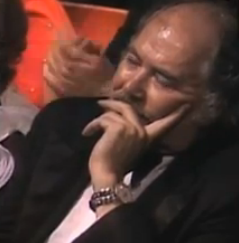 ROBERT ALTMAN
for
NASHVILLE
let me the one who understands you, Bob

And with Best Director gone, there's only one more category left! Check back tomorrow for Best Actress in a leading role, and next week for the start of my Retro Hollmann Awards, awarding the best my favorites of 1975.
Posted by Walter L. Hollmann at 12:38 AM