The nominees for Best Actor are: 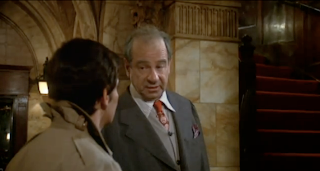 Walter Matthau in The Sunshine Boys
***

Matthau's an odd duck when it comes to comedy. He can go completely deadpan and subtle, or he can go hammy and demand a laugh. Much of The Sunshine Boys is spent in the latter, which is appropriate for the hammy, old-fashioned Willie Clark, a vaudevillian who refuses to retire. It's annoying as hell, of course, but it is appropriate. It's an amusing performance that kills when paired with George Burns, but some of his interactions with the other cast members -- his nephew, his nurse -- come off as more forced, more "acted", if you will. 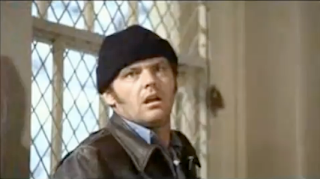 Jack Nicholson in One Flew Over the Cuckoo's Nest
*****

What, like I need to tell you what a great performance this is? I love how Nicholson never tries to make McMurphy smarter, kinder or more selfless than he really is; instead, the small ways in which he saves and inspires the people around him come almost by chance through his arrogance and self-aggrandizement. He's an uneducated, vulgar, manipulative man, but he believes in the patients' ability to help themselves and even delays his own escape to allow the happiness of one of them. From his narrating an imaginary World Series to wiping snot from his nose during a basketball game, Nicholson's deft handling of big moments and little details illustrate an uncomplicated yet somewhat complex human being. 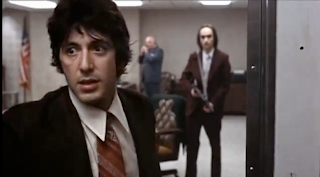 I love everything about this performance. Pacino gives Sonny a bizarre energy, like an easily-distracted child making his own rules to a game everyone else has played. His various forms of self-delusion and self-pity are fascinating to watch, particularly in his interactions with his "wife". The slow slide from energized media hero to exhausted Man is subtly charted, so that Pacino's eventual hopeless acceptance at the end is organic, disquieting, and inevitable. 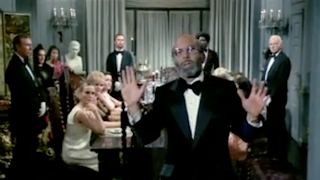 Maximilian Schell in The Man in the Glass Booth
**

The film is a bizarre, pretentious, dull mess, based upon the stage play by great actor Robert Shaw: a Jewish sculptor living in New York is arrested and tried as, and confesses to being, a notorious concentration camp official. But is he? Half the film leads up to the arrest, exploring this odd millionaire with the uncomfortable, gallows humor; the second half is the trial. Schell's performance is mesmerizing at times, but it also plateaus a bit, as he shouts with a mad expression throughout much of the runtime. He's getting a kick out of playing this mysterious and eccentric character, but it's exhausting. 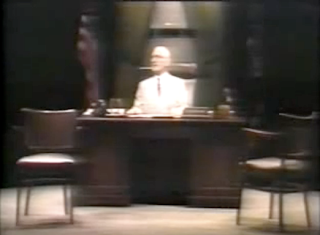 The one-man show starring Whitmore as President Truman is quite literally a taped stage performance, often stopping to accommodate laughter and applause. One could forgive this were it a more challenging role, yet Whitmore is given little more to do than channel GREAT and AMAZING and OH IF ONLY OL' HARRY WAS STILL AROUND, with some sideswipes at then-recently disgraced Nixon. Honestly, I kind of wanted to yell at him every time he stopped himself to go, "Now, wait, now, hold on, just a minute, there, HOLD ON!" It happens constantly, and comes off more as poor improv than scripted mannerism.

In one of the most deserving Oscars ever received, Nicholson won the Academy Award. And yet....I have to give credit to the colorful, engaging, fearless performance from another great actor. My Oscar vote goes to: 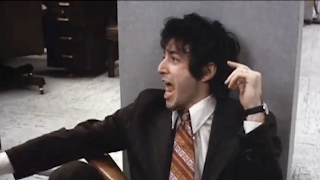 AL PACINO
in
DOG DAY AFTERNOON
Posted by Walter L. Hollmann at 5:33 AM