The Best of the Bunch: Supporting Actor, 1975

Here's a rarity: a Supporting Actor lineup made up exclusively of supporting performances!

Like Best Picture, this is probably one of the most solid lineups in the history of the field. Trust me: I've been playing close attention since 2005, and including my two retrospectives, this is the strongest field I've seen. Also, while I've still got to see Hester Street, this is the best slate of acting nominees Oscar's class of 1975 offers. We've got two veterans, of course, but these are more than mere career nominations: Burns steals the film from the rest of his co-stars, while Meredith exits his early and haunts throughout. We've also got the two newcomers: Dourif, giving surprising nuance to a role that could have just been a collection of mannerisms, and Sarandon, whose tiny appearance changes our perception of the protagonist and conveys both humanity and incredulity. And then there's Warden, in the first of two nominations for his Warren Beatty collaborations.

Recommended viewing for all, of course. And now, the nominees for Best Supporting Actor: 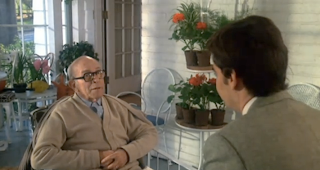 George Burns in The Sunshine Boys
****

Burns rarely changes up his line-readings, delivering most of his performance in a solid deadpan. It's brilliant, and makes his Al Lewis both hilarious and realistic: you believe that this simple old guy just wanted to settle down and be a grandpa. His masterful simmering is a great counterpoint to Matthau's histrionics, giving him the comic edge in each of their scenes. He's the one you remember at movie's end. 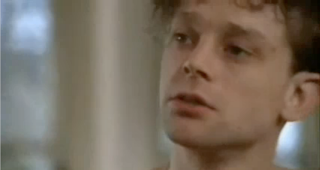 Brad Dourif in One Flew Over the Cuckoo's Nest
***

Dourif plays Billy Bibbitt, the sweet stuttering kid who doubts himself, hero-worships McMurphy, and is the most under the thumb of Nurse Ratched, who is friends with his mother. Dourif doesn't just lean on the tics, and his Billy is always watching, lapping up the events around him with all the excitement of...well, of a teenager. That last scene, defiant and embarrassed and mortified, surprises with the easy shift between emotions, and it is this Billy that invites us to share the same loyalty and rage McMurphy feels. Pretty good stuff. 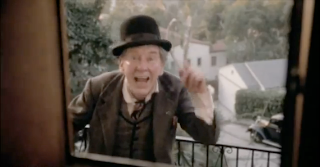 Burgess Meredith in The Day of the Locust
***

A member of Locust's parade of grotesques, Meredith's vaudeville clown turned door-to-door salesman is a haunting, unsightly thing. Contorting his face and body to further the humiliation endured by this has-been, Meredith ably conveys the desperate sadness behind the cackling mask. His self-deprecating monologue, in which he declares his undying love for his cheating ex-wife, is haunting. Brief yet memorable. 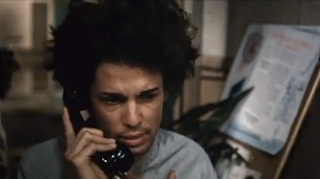 Sarandon gets two scenes to convey the dizzying cocktail depression, naivete, paranoia, selfishness, affection, familiarity and weariness felt by Leon, the "wife" of our protagonist. He nails it. 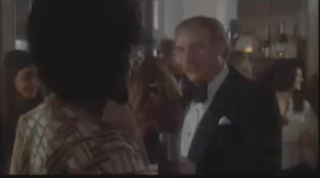 Oscar awarded the scene-stealing Burns, but I've got a soft spot for the bald spot, and award the Oscar to... 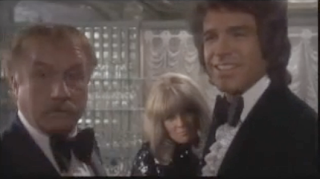 JACK WARDEN
for
SHAMPOO
you're not such a miserable human being after all!
Posted by Walter L. Hollmann at 4:19 AM

I think I may go for Sarandon (though I've got rewatch DDA soon) but I think Warden could trump him just for the line "Now THAT'S what I call fucking." Best line reading of the film? In a film of quotable lines, probably not, but it's high up.

It is *definitely* the best line reading of the film, followed closely by Carrie Fisher's "Do you wanna fuck?" I'm not as high on the film as a most people (though i feel maybe it's more of a grower), but Warden's every line just kills.