I know everyone has one or two categories that they especially adore, outside of Best Picture. Guy Lodge has an affinity for Original Screenplay, Nick Davis has seen every Best Actress nominee in history, and of course our dearly retired StinkyLulu loved the Supporting Actresses. Yet the category that I've never missed a nominee on is one that I could never discuss with any sort of authority, nor is it one where I could name all or even some of the nominees. I just know that I like it is all.

Yes, of course I'm talking about Art Direction, the Oscar category that gives me decorating tips. It can eschew historical accuracy (like the piano in The Hindenburg) in favor of a subtle statement, or recognize that in the historical accuracy is a subtle statement (as in Barry Lyndon). Every shop sign, piece of furniture or accoutrement has been created, considered and approved by the head of the art department. I won't try to discuss it any more than this (even in film school, we knew this was not my strong suit), but I know who to thank for a superlatively-executed set.

1975 is a unique year for this category, actually. Of course, the eventual champion is one of three period pieces nominated, but we also get two contemporary pieces in Shampoo and The Sunshine Boys. Sure, 1974 also featured contemporary-set nominees in Earthquake and The Towering Inferno, but those sets were the show. This year, the work is more subtle, and while I may not necessarily agree with all the nominations, such atypical recognition is commendable. Still, I can't help but wish one of these slots had gone to any of the three Ken Russell films eligible this year... 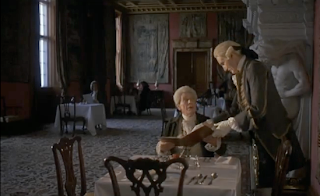 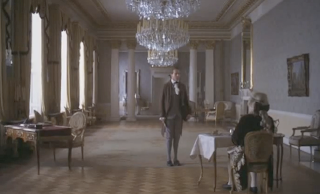 Period splendor, from the ostentatiously large paintings hanging over your head to the ornate bathtub sitting in the middle of the room. Yet despite these rich trappings, all the furniture and decor is spaced meticulously apart: no warmth or intimacy. There is much closer proximity in that cold dining room shared by the poorer Barrys of Ireland than in any manor.

Also period, this one a recreation of the titular doomed zeppelin. And there it all is: the map of the world, the windows, the staterooms. Fortunately, there is also much in the way of imagination: an intimidating metal labyrinth that provides the ship's skeletal framework, and a glittering piano that emphasizes the ostentatious pomp of the Nazi party. I also get a kick of Goebbels having a portrait of himself in his office.

THE MAN WHO WOULD BE KING

From the train and Kipling's newspaper office, one gets a real feel for the tight squeeze necessary in British India, a nation of many ethnicities sharing the same space. But of course, we dare not forget the riches of Sikandergul, nor the small yet nebulous cities in Kafiristan. It's the memorable visual splendor of a top-notch adventure film. 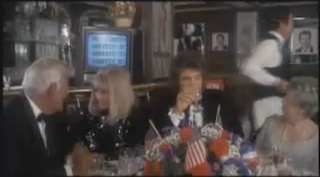 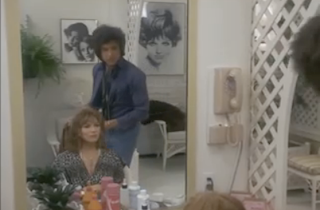 Whether it's the stuffy wood-paneling of a Nixon party, the colorful mixture of a hippie happening, or the sterile rigidity of an LA mansion, SoCal circa 1968 is subtly conveyed. Quiet work that nevertheless expresses some small details about its inhabitants. 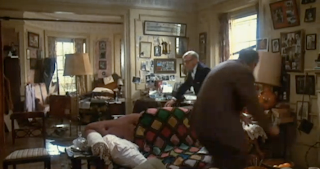 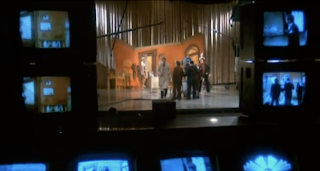 The cluttered apartment of Willie Clark is filled with trash, memorabilia of his vaudeville days, and stacks of Variety. Willie clings to his past despite his growing inability to do the work, so of course he refuses to throw anything out. His past surrounds him always. And, of course, there's the set for the Doctor sketch.

Oh, Oscar, every now and then (well, often enough) you get it right. Like the Academy, I give the little gold man to... 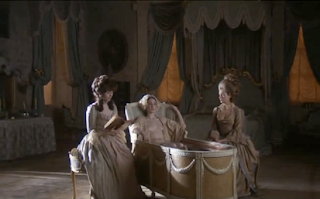 Email ThisBlogThis!Share to TwitterShare to FacebookShare to Pinterest
Labels: 1975, Barry Lyndon, Oscars, Shampoo, The Hindenburg, The Man Who Would be King, The Sunshine Boys