The nominees for Best Supporting Actress:

With her fragile looks, gentle manner, and bright smile, it's not hard to see how this young woman became the Queen of Nashville -- and when she sings, you might as well be hearing the choir of Heaven. Blakley sells this personable creature, but also keeps us clued in on her instabilities -- the petty jealousy of a rival, the childlike dependency on everyone around her, the far-off look of a woman not totally there. It all culminates in one of the most grueling breakdown scenes in cinema, as the stage persona and sick woman come up against each other during a performance at Opryland. Devastating. 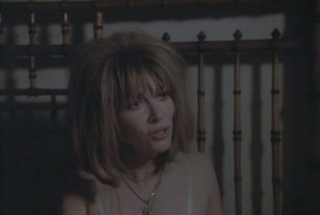 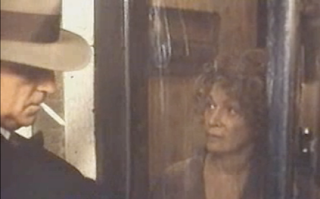 Sylvia Miles in Farewell, My Lovely
***

Miles wittily declined interviews upon receiving this nomination with the line: "Anything I say will be longer than the performance." How true, but it is a good one. As a tired broad who's seen better days, she's got the information Marlowe needs and only needs some booze to get talking. Miles' helplessness gains our sympathy, lending the film some gravitas, and we miss her when she's absent.

She manages to maintain the life of a mother, choir leader, recording artist and housewife without ever coming loose. Of all the women, she's the only one who knows what Tom is all about, and so she can be affectionate without getting attached. Her sphinx-like face holds a multitude of secrets -- Lord knows her inattentive husband doesn't know half the things she does -- but rather than wearing her down, each new development is filed away. She's Southern housewifery at its best.

Brenda Vaccaro in Jacqueline Susann's Once is Not Enough
***

A caricature of a role brought to larger-than-life by a game actress. Vaccaro sells the insecurity behind the frank talks, as Linda Riggs bluntly talks about tits and dick and incest, but immediately breaks down the moment a man rejects her advances. Selfish, warm, kooky, and a little much, she's a hoot, and Vaccaro's having a ball. In my apartment, Linda Riggs is a hero.

The Academy finally gave Lee Grant her due, though it figures they'd do it for the wrong film. The winner for me, however, is crystal clear:

RONEE BLAKLEY
in
NASHVILLE
i love you, i'm thinking of you, i'll never let you go
Posted by Walter L. Hollmann at 9:34 AM