Cinema '65: The Novelists and the Playwright

Shall I repeat yesterday's joke? Oh, why not!

Get your library card! It's Best Adapted Screenplay time after the jump! 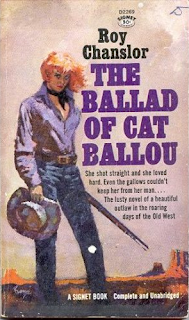 Walter Newman/Frank Pierson for Cat Ballou
from The Ballad of Cat Ballou by Roy Chanslor
***
Based on a serious Western novel, but you wouldn't know given the work Newman and Pierson (and a reported 15 other writers) have done to it. Much of the script's comedy comes through Kid Sheleen, as he drunkenly stumbles through practice shoots, train robberies, and even a funeral -- though, truth be told, I occasionally found these to be a little repetitive. But then you have the subtler humor from the villainous Sir Harry, the loyal Jackson, and Cat herself, who also effortlessly comes across as a strong, sly heroine. 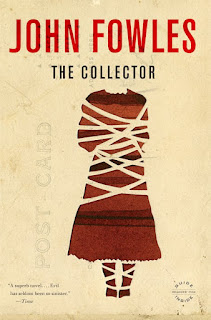 John Kohn/Stanley Mann for The Collector
from the novel by John Fowles
***
Chilling, with moments of shockingly dark amusements. Kudos for the invention of a scene involving a neighbor who almost catches the titular collector with his victim -- suspenseful, inventive, and with a laugh-out-loud line. 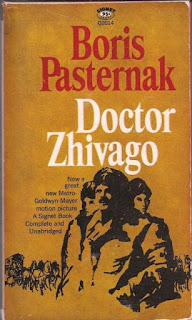 Robert Bolt for Doctor Zhivago
from the novel by Boris Pasternak
****
A lot of characters, a lot of history, a good amount of time to cover -- and never once does it get out of hand! Even smaller characters, like Kostoyed, the train jumper, and various Party Members, are as vibrant and specific as Zhivago and Lara. My favorite wrinkle, truly, is how Alec Guinness's high-ranking Party official even narrates over his own dialogue, so that everything he says is in retrospect -- and therefore vague, somewhat unreliable: rather human. 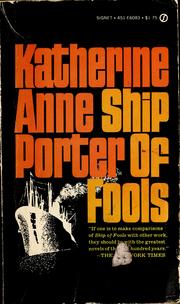 Abby Mann for Ship of Fools
from the novel by Katherine Anne Porter
****
I felt like Whoopi Goldberg in Soapdish -- "Why can't I write like this?" Long philosophical speeches that feel natural and organic; scenes that run the gamut from melodrama to slapstick without feeling uneven; complicated characters, even when they're sidelined. Still, some aspects could have done with some pruning -- the subplot involving the paralyzed Christian, his nephew, and a flamenco dancer is odd, while the young Americans seem to be repeating the same scene over and over (I know that's the point, but oy vey). 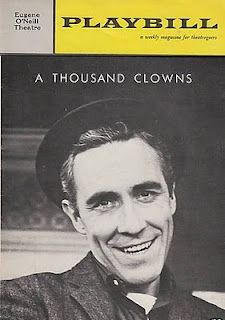 Herb Gardner for A Thousand Clowns
from his play
**
Makes an earnest attempt to open up the material, taking the action to the streets, to offices, to restaurants, to TV studios. Briefly. The stage origins betray themselves in those lengthy sequences in the apartment, especially that final, eternal scene involving a children's television host trying to coax laughs from Robards' precocious nephew. Even that opener with William Daniels overstays its welcome. Could use some trimming. And I don't buy the Barbara Harris role.

Robert Bolt won, deservedly so -- but in a close call, I give my personal vote to-- 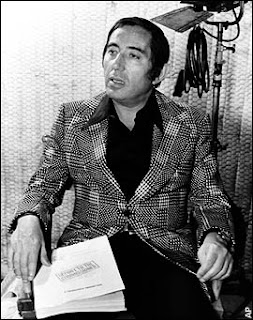 ABBY MANN
for
SHIP OF FOOLS

Coming up: The Agony and the Ecstasy, Doctor Zhivago, The Great Race, The Greatest Story Ever Told, The Sound of Music