Cinema '65: The Sistine Chapel and the Salzburg Gazebo

Prestige roadshow epics only, please -- this is the Art Direction-Set Decoration category.

Only Hollywood roman à clef Inside Daisy Clover could break up the whiff of Oscar Bait that permeates this category -- and by the way, lest we think otherwise, I'm a fan of Oscar Bait, and feel Daisy is easily the weakest film here. We have the Michelangelo vs. The Warrior Pope drama-dsiguised-as-an-epic The Agony and the Ecstasy, which is a surprising treat. There's the period romance and actual epic Doctor Zhivago. The intimate in tone, epic in scope Jesus biopic The Greatest Story Ever Told. And the smash musical The Sound of Music.


THE AGONY AND THE ECSTASY 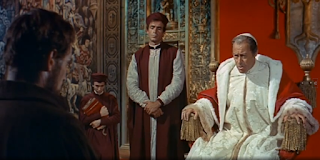 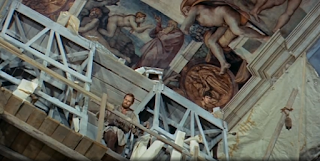 John De Cuir, production designer
Jack Martin Smith, art director
Dario Simoni, set decorator
****
They recreated the Sistine Chapel -- before, during, and after the ceiling is painted! Michelangelo's studio, the Palace of the Medici, the works-in-progress as the artist chisels marble into the statues that will decorate the tomb of Julius II! And the tapestries, ornaments, and other trappings of the Warrior Pope's Vatican. Detail! 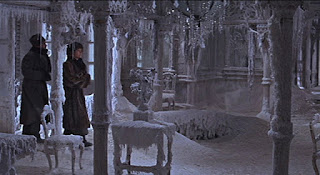 John Box, production designer
Terence Marsh, art director
Dario Simoni, set decorator
*****
The ice mansion is breathtaking, a reveal that had me tingling! Like Nicholas and Alexandra (also John Box), effectively communicates the difference between Czarist Russia and Communist Russia, making sure to establish the comforts of the Gromeko mansion before turning it into a home shared by The People. Strelnikov's train car, Lara's apartment, and the restaurant Komarovsky takes Lara to, are also high points.


THE GREATEST STORY EVER TOLD

William Creber/Richard Day/David Hall, art directors
Fred MacLean/Ray Moyer/Norman Rockett, set decorators
***
So sparse, the digs of Jerusalem! Look, I'm no expert on ancient history, and the digs were serviceable, sure -- but I just had some "hmmm" moments. Like Bethlehem being three houses and a well, or Herod Antipas having a jail cell in his throne room. Loved Lazarus's large estate, though. Otherwise, give me the ooh-la-la of The Robe and Salome. 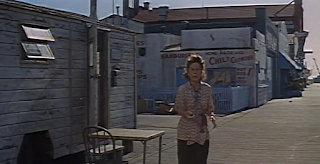 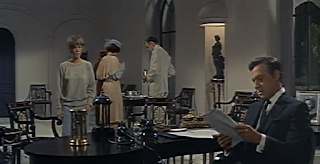 Robert Clatworthy, production designer
George James Hopkins, set decorator
***
Recreates the California of 1936 -- not just those over-large, uniquely-decorated Hollywood mansions and studio offices, but the Depression-era shacks on the Angel Beach boardwalk. And what a boardwalk it is, all run-down and worn!


THE SOUND OF MUSIC

Boris Leven, production designer
Ruby Levitt/Walter M. Scott, set decorators
****
We all know what this nomination is about -- that amazing Grand Staircase and Entrance Hall, the iconic gazebo, and the solemn beauty of the Mother Abbess's office. Perfect, and never too much.

I have to side with the Academy, and give my vote to: 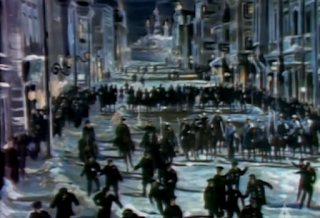 Coming up: Hitler, Hirohito and The War are still on everyone's minds -- or at least the Black-and-White Cinematography lineup -- with In Harm's Way, King Rat, Morituri, and Ship of Fools ... but hey, A Patch of Blue manages to break things up!

Email ThisBlogThis!Share to TwitterShare to FacebookShare to Pinterest
Labels: 1965, Doctor Zhivago, Inside Daisy Clover, Oscars, The Agony and the Ecstasy, The Greatest Story Ever Told, The Sound of Music