Cinema '65: The Man from Tokyo

David Lean, according to Behind Oscar, was shocked to learn that he was among the five Academy Award nominees for Best Director -- for the Directors Guild had not included him in their end-of-year honors! That's just crazy -- how does an Oscar-winning filmmaker not get some traction for helming yet another box office hit?

Actually, the DGA nominees were, altogether, an odd bunch. Regard: the only men to make it in both shortlists were John Schlesinger (with whom we fell in love thanks to Sunday Bloody Sunday) for the very modern Darling, and Robert Wise for his family-friendly musical The Sound of Music.

Can you imagine an alternate reality where it's Sidney J. Furie and his fascinating spy thriller The Ipcress File that go down in Oscar History? What about Elliot Silverstein for the comedy-western Cat Ballou? I am surprised The Pawnbroker's Sidney Lumet did not make it in -- he was previously nominated for 12 Angry Men, after all, and the film had caused quite a stir.

At the Golden Globes, Lean, Schlesinger, and Wise were joined by beloved industry titan William Wyler, whose The Collector had netted acting honors for both leads at the Cannes Film Festival. This foursome would repeat here. A Patch of Blue director Guy Green would not be as fortunate, but hey -- he got to say he was a Golden Globe nominee.

No, instead of Furie, Silverstein, Lumet, or Green -- instead of even Stanley Kramer or Fred Coe, whose respective films, Ship of Fools and A Thousand Clowns, were both up for Best Picture -- the Directors Branch made a shocking pick with Hiroshi Teshigahara, the Japanese filmmaker behind Woman in the Dunes, an avant-garde slow-burn that must be seen to be believed.

And what do we make of this line-up? Behold, after the jump. 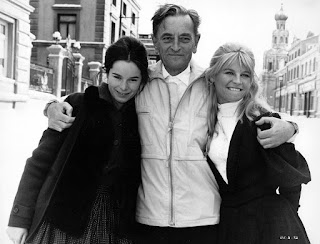 David Lean for Doctor Zhivago
*****
A master. His camera, his guiding of the ensemble, his sense of triumph and irony! The intimate moments between lovers, or among family members, are as engagingly executed as the larger-scale battles, protests, massacres, uprisings, train rides! Even in the way he's directed the extras, Lean shows his understanding of the micro's effect on the macro. 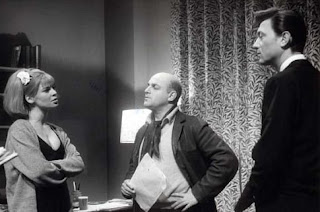 John Schlesinger for Darling
****
Schlesinger has a certain touch -- his performances are naturalistic, but his style is very much cinematic; not for him the gritty realism of a kitchen sink film. It's in that long take of Diana as she twitchily undresses, leaving a piece of wardrobe behind in every room. Or in that frenetic, dangerous "truth-telling" game. Or even just in the straightforwardness of Dirk Bogarde's scenes. 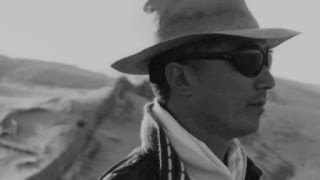 Hiroshi Teshigahara for Woman in the Dunes
****
His pace is deliberate, slow -- but he keeps you off-kilter with surprising details like insects and cracks in the sand; or with sudden attention paid to how much of the granular dirt is sticking to the sweaty, lustful bodies; or by looking up from a hopeless pit, Hell itself. Teshigahara has made an eerie, challenging film, and there's not a dull moment in it! 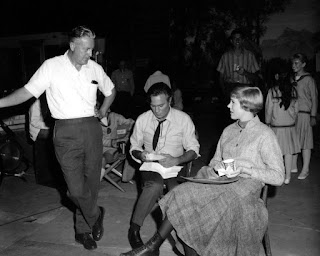 Robert Wise for The Sound of Music
*****
Musicals aren't easy, less so musicals with a saccharine reputation, even less so saccharine musicals with Nazis. You wouldn't know it the way Wise handles it. What could have been a tonally-off, terminally-dull picture, is instead a triumphant story of hope, populated by actual human beings who just happen to break out in song. As with West Side Story, Wise makes sure you understand the characters as people -- and stages the musical numbers beautifully. 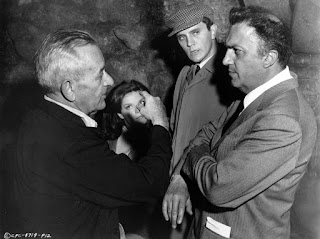 William Wyler for The Collector
***
Keeps an oddball tone going, so that even when we're with Eggar, we're "with" Stamp -- the music, the lighting, the fact that it's shot in color, everything is tailored to his demented point of view. He subtly gets us into the collector's headspace without adopting a more surrealistic style. Roll your eyes, but: the ur-Nightcrawler?

Wise won the Academy Award, but as for me, I got to roll with: 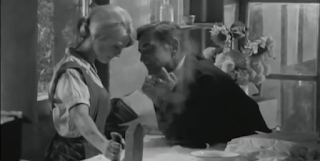 Coming up: get your library card, it's the nominees for Adapted Screenplay -- Cat Ballou, The Collector, Doctor Zhivago, Ship of Fools, A Thousand Clowns.