Cinema '65: The Brother and the Revolutionary

Sometimes the nominees for Best Supporting Actor are honest to God character actors in supporting roles, instead of character actors in leading roles (J.K. Simmons in Whiplash), or A-Listers "slumming" it in character roles (Bradley Cooper in American Hustle). The year 1965 is almost there, but Oscar will be Oscar, and so...

I always do a DDL Test with supporting actor nominees -- if Daniel Day-Lewis played it, would it still be supporting? In the case of Frank Finlay as Iago in Othello, I think not; otherwise, though, most definitely. And he'd probably win each time, too.

Everyone here was on their first nomination -- though at the time, Martin Balsam felt his nomination was also due to his being "snubbed" for Breakfast at Tiffany's. Maybe he was right -- certainly enough goodwill and excitement had built up around him, and he walked away with the Oscar.

As for the others -- Michael Dunn becomes the first Little Person (I believe) nominated for an Oscar, Ian Bannen's double duty in The Flight of the Phoenix and The Hill nets him a nod for the former, Tom Courtenay lands the first of two career nominations so far (perhaps 45 Years will change things?), and Frank Finlay is nominated, too. 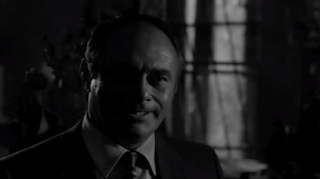 Martin Balsam in A Thousand Clowns
***
I actually understand both the nod and the win, as it's a substantial supporting role that gets a Big Scene, playing the serious, agent-brother to Jason Robards' nonconformist. Balsam brings his regular-guy naturalism to the role, and he's a welcome presence throughout, but it's that Big Scene that really delivers. The speech that ends in the line, "I'm the best possible Arnold Burns," is the turning point of the film, the best scene. Good for him.

Ian Bannen in The Flight of the Phoenix
**
A surprising nomination! The role is quite small, a member of the all-male ensemble that finds itself in the middle of the desert. Bannen is the cynic cracking wise, always with a big, knowing grin, but with anger and frustration at the edge of his eyes. He is not as vital as, say, Attenborough or Kruger, but he's definitely not expendable -- you'd miss him. Bannen fills the guy with enough humanity that he's more than just a bunch of sardonic one-liners, and you have little trouble imagining that he inhabits a world outside the movie.

Tom Courtenay in Doctor Zhivago
****
Courtenay is solid in Act One as Pasha, who loves both Lara and the Cause -- the scene where he has to defend his love for both is well-played, subtly revealing his real loyalties. But I would figure it's his Act Two scene as the feared Strelnikov that got him here, imbuing the necessary fury and passion with a hint of inferiority around Zhivago, an honest man who also lives his ideals. You know a performance is working when you're excited to see the character return! 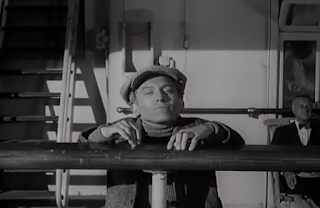 Michael Dunn in Ship of Fools
***
He is the first and last person we meet -- and an utter charmer. While his role is very similar to that of Heinz Ruhmann's -- the kind man who won't let others' prejudices define him -- there is more anger and cynicism -- he's the one who calls it a ship of fools. His scene with Lee Marvin, for instance, where he tries to reassure but comes off as condescending; or the moment he's knocked down by the children -- he quickly recovers in front of La Condesa, but at first there's a real outburst of anger.

Frank Finlay in Othello
***
I will always consider Iago the lead of Othello, or at least co-lead, though others may disagree (like the Academy in 1965, or the Screen Actors Guild in 1995 when Kenneth Branagh gave his interpretation). Either way, Finlay gives a fine performance as a charming man who easily manipulates people, never overplaying his underhandedness. Spoiler alert for a 400-year-old play -- his expressions and physicality when he's finally found out are fascinating -- he's just a slimy worm.

I get the Balsam Oscar, but I have to award my vote to