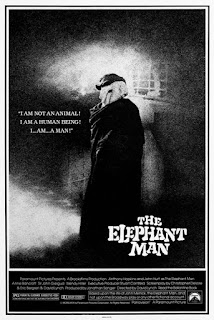 The Elephant Man is inspired by the true story of Joseph Merrick (called John in Treves' memoir), a curiosity of Victorian London who went from the sideshow to stardom when eminent surgeon Frederick Treves took an interest in his unique case and moved him into London Hospital. It is a life that has inspired books, television specials, social studies (Ashley Montagu's, for example), even primetime animation.


And, of course, it has inspired dramatists. Bernard Pomerance's Broadway play debuted in 1979, won three Tony Awards including Best Play, was adapted for a 1982 ABC TV movie, and has been revived on the stage twice more. On stage, the role has been played by David Bowie, Bruce Davison, Mark Hamill, Billy Crudup, and Bradley Cooper, the latter two getting Tony nominations for their efforts. Pomerance was famously peeved about the film The Elephant Man, which had no relation at all to his play and probably hurt the film sales for it. And worse yet, if anyone were to finally adapt Pomerance's Elephant Man for cinemas, you know it would be reported as a remake of this version.

Of course, we today are not imagining a cinematic adaptation of Pomerance's work, but a remake of David Lynch's Oscar-nominated classic. Still. There's precedent for multiple versions of the story. Here's ours.
MRS. MOTHERSHEAD
Matron at London Hospital. 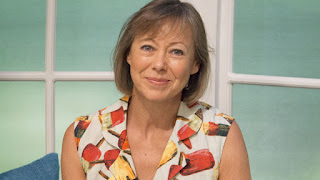 Jenny Agutter (Logan's Run, Captain America: The Winter Soldier)
It's similar to a role she plays in Call the Midwife, exuding warmth and understanding, but also commanding in her own quiet way.


BYTES
A carny who exhibits Merrick - drunk and abusive, he knows a good cash cow when he sees it. Loosely inspired by the real carnival barker Tom Norman. 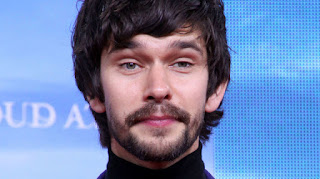 Ben Whishaw (Cloud Atlas, Spectre)
He bears some resemblance to the actual man who inspired Bytes. He's also a great actor that I'd love to see in more things.


FRANCIS CARR-GOMM
Governor of London Hospital, who is at first reluctant about Merrick's stay. 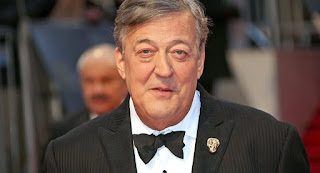 Stephen Fry (The Hobbit: The Desolation of Smaug, Love & Friendship) 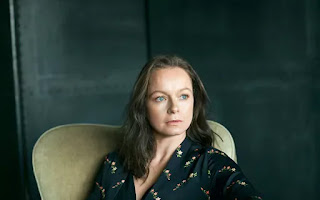 Samantha Morton (Elizabeth: The Golden Age, Fantastic Beasts and Where to Find Them)
Given her filmography, her various nominations for a wide range of performances, her reputation and respectability - would you not immediately believe her to be the most respected thespian of the Victorian stage as soon as she walks in?

DR. FREDERICK TREVES
Eminent surgeon at London Hospital, he saves Merrick from the carny life, taking him in to live at the hospital - but he begins to fear he is just as much a ringmaster as Bytes.

Originally played by: Academy Award Winner for Best Actor (The Silence of the Lambs) 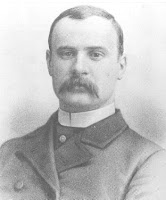 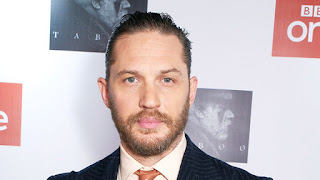 Tom Hardy (Tinker Tailor Soldier Spy, Mad Max: Fury Road)
He can play the straight man so well (his "saner" brother in Legend was the superior performance)! I'd like to see him do it more!


JOHN MERRICK
The Elephant Man - young, kind, intelligent, but shunned, then celebrated, for an accident of birth. 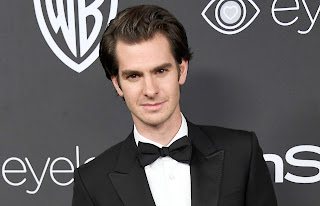 Who do you see in a new version of The Elephant Man?