Our first week of the 1980 Oscars endeth here, with the nominees for Best Director. And here started a new trend, too: bankable pretty boy actors finally winning an Oscar for hiding their looks...behind the camera.


Robert Redford wasn't the first actor-director to win this category, but you wouldn't exactly lump Woody Allen in with him, Warren Beatty, Kevin Costner, and Mel Gibson, would you? It is still Redford's only competitive Oscar win, though he'd later be nominated as director and producer for Quiz Show - can you believe his acting has only gotten him one nod?

David Lynch was the unexpected choice for The Elephant Man, a decision made by executive producer Mel Brooks (!) after seeing his only other feature, 1977's Eraserhead. Some tsk-tsked at Lynch going mainstream, but boy is that a loose definition for what he gave us. Lynch would later be nominated twice more, for Blue Velvet and Mulholland Dr.

Roman Polanski was back with his first film since fleeing the United States following sexual assault charges. Tess, and adaptation of Tess of the d'Urbervilles, was a project he originally envisioned for his wife, Sharon Tate, before she was brutally murdered by the Manson Family. The film is dedicated to her. Polanski was previously nominated for Chinatown and would later win for The Pianist.

Martin Scorsese had already given the world Taxi Driver, yet Raging Bull marks his first Oscar nomination. It wouldn't be the last: seven more Best Director nods would follow over the years, with only one them resulting in a win: The Departed. He should have been up for Silence this year, but who am I?

Two years after it was shot, The Stunt Man finally came to cinemas; seven years before that, director Richard Rush started the ball rolling. More on that when we get to Adapted Screenplay, but for his troubles, Rush got two Oscar nods, critical raves, and cult cinema status.

But what did he get from me? That's after the jump. 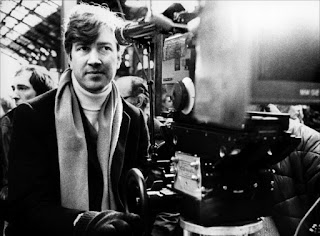 David Lynch for The Elephant Man
*****
A surprising tenderness towards its subject, yet it still occupies a Lynchian dreamscape, the feeling of those last moments of slumber before you wake, whether in the blurry memories of some tragedy, a comforting memory that may be false, or even the somewhat sinister image of a world plunging on around us, whatever our personal journeys, unknown and unconcerned. The surreal poetry of the carnival is also evoked. 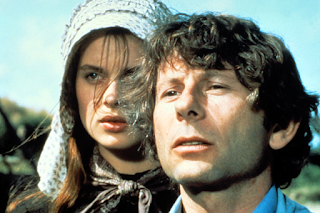 Roman Polanski for Tess
**
It's very nice to look at, but Polanski at least does not rest on that - no, he makes sure you feel every bit of the cold, the caked mud, the damp fever, the phlegmmy drunkenness. No detail is missed in his adaptation, as beauty clashes with ugliness. Good for him. It's still a boring fucking movie. 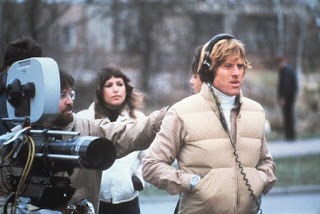 Robert Redford for Ordinary People
****
A lot of friends have compared Ordinary People to a modern-day Lifetime movie. Bullshit. Redford shows restraint, allowing his actors to "be" among themselves, to act naturally. Yet visually, he's guiding us - the warm orange in the therapist's office, the sudden edits at emotional moments in the first half, the spare decor of rooms controlled by Beth. Redford has an eye for details, and a touch with talent. 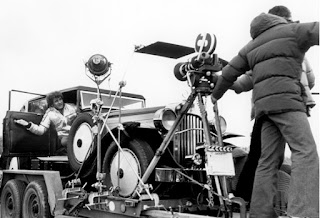 Richard Rush for The Stunt Man
***
Rush has a lot of tricky tones to juggle, this satirical romantic thriller showbiz comedy action drama. He almost gets them all down pat, but certain scenes drag, while others are almost incoherent in their execution. And yet...there's no denying that's it's a fascinating, highly-watchable film, with a great ensemble. I just wish he had cut back a little - not everything needs to make the final cut. 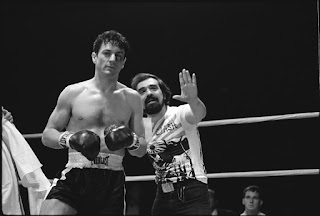 Martin Scorsese for Raging Bull
*****
Visceral, artful - naturalistic acting against stylized visuals. The performances are uninhibited, real, but it's the craft that exposes the turmoil within - the bloodied ropes, the intrusive flashbulbs, the smoky atmosphere, the clatter of dishes against a microphone's echo. He uses every element to nail both boxer and man, wife and woman, brother and human.

The Academy awarded Redford in his directorial debut. Fine! I wish they respected him more as an actor, but at least he's got something for his troubles! My own vote...was a toughie, and I've gone back and forth over it for a good while. Either of my five-star scorers would be a worthy choice. But I can only tick one box, so.... 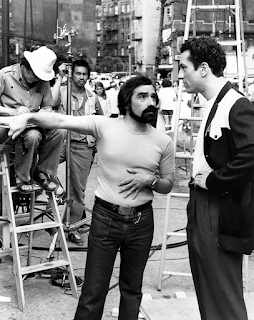