Melvin and Howard Get a Win: Original Screenplay, 1980

The Film: Brubaker
The Plot: The new warden of a small prison farm in Arkansas tries to clean it up of corruption after initially posing as an inmate.
The Writers: W.D. Richter, who later worked on Big Trouble in Little China and Home for the Holidays. Story by Richter and Arthur A. Ross, who wrote Creature from the Black Lagoon and The Great Race. First and only nominations for both men.

The Film: Fame
The Plot: A chronicle of the lives of several teenagers who attend a New York high school for students gifted in the performing arts.
The Writer: Christopher Gore, a playwright known for back-to-back musical flops (and now cult status, of course) Via Galactica and Nefertiti. It is his only film credit, but he was later Emmy-nominated for the animated short Faeries - and, of course, Fame became a six-season series.

The Film: Melvin and Howard
The Plot: The story of hard-luck Melvin E. Dummar, who claimed to have received a will naming him an heir to the fortune of Howard Hughes.
The Writer: Bo Goldman, a previous winner in Best Adapted Screenplay for One Flew Over the Cuckoo's Nest; he would later be nominated in that same category for Scent of a Woman. A total of three nominations, with this one resulting in his second Oscar.

The Film: Mon oncle d'Amérique
The Plot: The intersecting stories of three people who face difficult choices in life-changing situations are used to illustrate the theories espoused by Henri Lebroit about human behavior and the relationship between the self and society.
The Writer: Jean Gruault, known for his contributions to the French New Wave: Paris Belongs to Us, Jules & Jim, Les Caribiniers, etc. This marked the first of three collaborations with director Alain Resnais, followed by the musical Life is a Bed of Roses and Love Unto Death.

The Film: Private Benjamin
The Plot: A sheltered young high society woman joins the United States Army on a whim and finds herself in a more difficult situation than she ever suspected.
The Writers: Nancy Meyers, who would later be best-known as the auteur behind comedies like Something's Gotta Give and It's Complicated. Charles Shyer, her then-husband, who collaborated with her on a number of film and television projects, including Baby Boom and the Father of the Bride remakes. Harvey Miller (not pictured), making his film debut after years of writing for Gomer Pyle, USMC, Love American Style, and The Odd Couple. All three also produced. 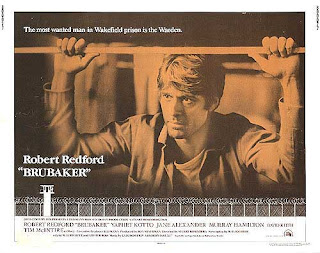 Brubaker
W.D. Richter
story by Richter/Arthur A. Ross
suggested by Accomplices to the Crime: The Arkansas Prison Scandal by Thomas O. Murton/Joe Hyams
****
Always a little iffy on fictionalizations of published true accounts being credited as original. That aside, I loved this movie, script and all. Brubaker is a Redford hero - never wrong, always right, though he makes some miscalculations and his altruism comes with a high cost. Great table scenes, too, contrasting a board of prisoners - reluctant, hopeful, somewhat petty - with a board of prison owners - determined, nervous, cruel. And oh, what an emotional wallop, that last scene! 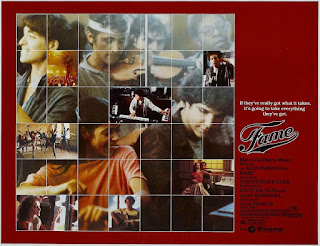 Fame
Christopher Gore
****
It's tough to juggle a large ensemble and give equal time and arcs to all. And to be fair, the movie's not 100 percent on it - the lack of follow-up on an interracial romance and abortion subplot is disappointing. Everything else is handled with great care and respect for both characters and audience: the growth that comes in the high school years, the tension-affection between teachers and students, the challenges of juggling school and home. And, oui, the musical numbers are seamlessly, believably integrated. 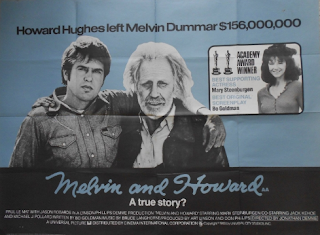 Melvin and Howard
Bo Goldman
***
An unexpected study of a loser - a nice guy, maybe, but a bona fide loser. Empathetic, yes, and gets down deep into the minutiae of Melvin's life, but also explores a certain segment of the population, a class that believes in the American Dream, that spends money on the American Dream, that's going broke for the American Dream. If only money would drop out of the sky, everything would be OK. Goldman portrays this mindset, and the reality, quietly, subtly, truthfully. 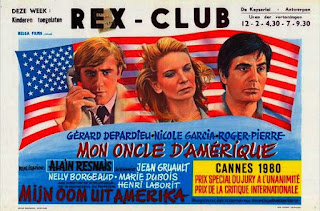 Mon oncle d'Amerique
Jean Gruault
***
Fascinating, using drama to illustrate Labroit's theories on human behavior. Ee, too, repeat the same actions, embody the same tenets, not knowing that what we think of as very human occurs all throughout the animal kingdom. And so what could be an ensemble film about love and disappointment instead becomes a case study, a reflection of the human condition. Fascinating, as I said, even if it makes for a film with more head than heart. I confess, I don't think I completely understood it. 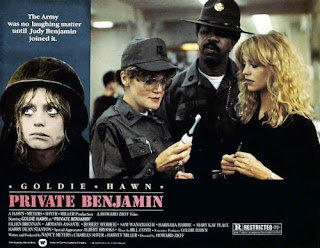 Private Benjamin
Nancy Meyers/Harvey Miller/Charles Shyer
**
Great setup, great lines, and cannily makes Judy's arc about the first step, not a full 180. But it also makes some odd choices - for instance, Eileen Brennan's female sergeant, has reasonable expectations, and her position should command some respect, if not from Judy Benjamin, than at least from the audience - and yet she is humiliated, time and again, for the crime of being (a) a tough soldier, and (b) not being as hot as the other actresses. And it's played like we're meant to root for this?? Squandered potential.

Melvin and Howard won. I am almost tempted to give my vote to Brubaker, but you know how I am about original/adapted and keeping things just so. So I shall give my official unauthorized vote to... 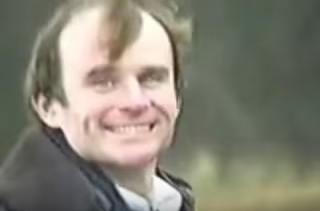 Tomorrow - a musical break with the nominees for Best Original Score: Altered States, The Elephant Man, The Empire Strikes Back, Fame, Tess.