Melvin's Mary and Others: Supporting Actress, 1980

It's the first-timers club, an entire category full of nominees who have never before had the honor - and, even more strange, would never be so honored again!

The winner was Mary Steenburgen, as the supportive-then-frustrated housewife in Melvin and Howard. Surprisingly, this is her only nomination so far, though I for one think she should have been up for Cross Creek three years later.


You might think Eva Le Gallienne, 81 years old, is the overdue one - but her film work was minimal. Her medium was The Theatre, and she did it all: acting, directing, even translating the works of Chekhov and Ibsen. Her sage grandmother in Resurrection earned her her first and only Oscar nod.

More overdue: Eileen Brennan. Her ball-busting sergeant in Private Benjamin was her first and only nomination, though she won an Emmy reprising the role for the television series. She previously appeared in Best Picture winner The Sting and Best Picture nominee The Last Picture Show.

Not so overdue: Cathy Moriarty. Girl was just starting out - 20 years old, making her film debut as Jake La Motta's child bride in Raging Bull. Apparently, Joe Pesci had seen her picture on the wall of a bar, where she had won a beauty contest. This was Moriarty's first, and so far only, nomination.

And then there's Diana Scarwid, a woman among men as the waitress in Inside Moves. A busy year for her, as she was also in Honeysuckle Rose and the Emmy-winning TV movie Guyana Tragedy: The Story of Jim Jones (not to be confused with the exploitation fictionalization, Guyana: Cult of the Damned).

Supporting Actress has always been one of my favorite categories, and I will always tip my cap to StinkyLulu's Brian Herrera for helping to fuel that - indeed, he weighed in on this very lineup at The Film Experience, where Nathaniel Rogers has revived the Supporting Actress Smackdowns! Take a look at that. I did not participate at the time, of course, as I'd seen absolutely none of these movies until a month ago. If I had...here's what I might have said...... 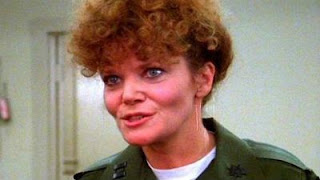 Eileen Brennan as Doreen Lewis
Private Benjamin
*****
When she walked into that barracks, she walked off with the movie. With her reliably genius timing and understated wit, Brennan steals scenes with a mere chuckle, a lick of the lips, a grimace. She's relatable, human, courageous. Maybe she's too good: personally, I found myself rooting for Doreen the whole movie, something the screenplay doesn't appear to have banked on. 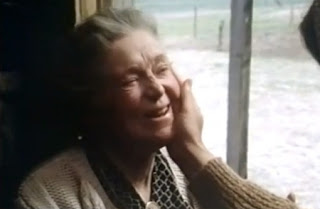 Eva Le Gallienne as Grandmother Pearl
Resurrection
***
She shows up, offers warmth and reassurance, disappears, then comes back to offer more warmth and reassurance. It's effective! If the goal is to make you want to spend more time with Pearl, to want to hug her, to understand Edna Mae's reluctance to say goodbye to her specifically - mission accomplished, Eva! 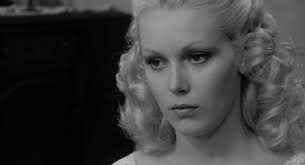 Cathy Moriarty as Vikki La Motta
Raging Bull
*****
Can you imagine making your acting debut with a performance this confident? Moriarty's going toe-to-toe with top-tier Pesci and De Niro performances, and she never wavers. You see Vikki working out her options, you see Vikki hitting back at Jake - not always with her hands or fists (though she does that), but with her words, and the exhaustion and venom Moriarty conveys...it's heartbreaking. It stings. It's real. 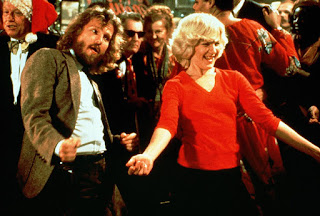 Diana Scarwid as Louise
Inside Moves
***
Scarwid does a fine job as the waitress Louise, imbuing her with a quiet sense of humor and a skeptical watchfulness - through glances and almost-mumbled asides, she hints at greater depth. She's less skillful at pulling off the odd betrayal Louise makes three-quarters through the movie, as though she's all too aware that her character is just another device to create conflict between bros. 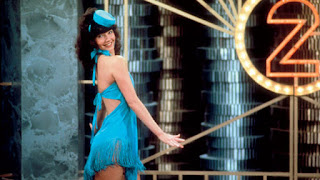 Mary Steenburgen as Lynda West Dummar
Melvin and Howard
****
A big part of creating the quirky tone of the film. The movie comes dangerously close to short-shrifting her, making her a little too "naggy" here, a little too dim here; instead, Steenburgen gives her a chipper weariness - optimism on the edge - and Lynda is suddenly the heart and conscience of the film. Superb.

And as you can see, I do love Brennan. But, in a vote that you should get used to, I throw my weight behind... 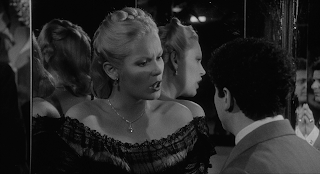