In The Elephant Man, John Hurt is John Merrick, a real-life Victorian-era personality whose unique deformity made him into a celebrity. This was Hurt's second and final nomination.

In The Great Santini, Robert Duvall is Bull Meechum, a fighter pilot between wars who makes his home a new battlefield, pushing his oldest son to "man up". This was Duvall's third nomination, still three years away from his first (and so far only) win.

In Raging Bull, Robert De Niro is Jake La Motta, the championship boxer whose life hit a unique series of highs and lows, including a long time as an uber-plus-size club owner and comic. This was his fourth nomination - and resulted in his second win:


In The Stunt Man, Peter O'Toole is Eli Cross, a megalomaniacal director whose on-set tactics and off-set personality make him appear dangerously mad. But is it all just one big joke? O'Toole famously never won, despite eight nominations; this was his sixth.

In Tribute, Jack Lemmon is Scottie Templeton, a Broadway press agent who tries to repair his relationship with his son when he learns he may be dying. This was the seventh of eight nominations for Lemmon, who had already won twice before. 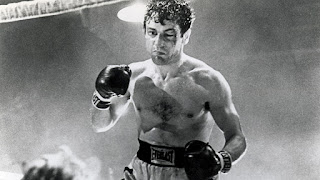 Robert De Niro as Jake La Motta
Raging Bull
*****
One of two performances this year in which a man screams that he is not an animal! This one you believe a little less, and that's perfect: De Niro makes such a pathetic, paranoid, egomaniacal monster of La Motta, that there's little pity to be had for him, even as we've seen him go from scrappy contender to bloated caricature. How does De Niro do it? How does he allow himself to become so possessed by a role? 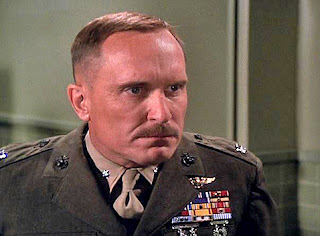 Robert Duvall as Lt. Col. Wilbur "Bull" Meechum
The Great Santini
**
Duvall does not back away from Meechum's meanness, even if the script makes excuses for him. And yet...is it his chumminess with the housekeeper, his calling Confederates pussies, his overall unapologetic nature? Whatever it is, Duvall keeps the guy watchable. 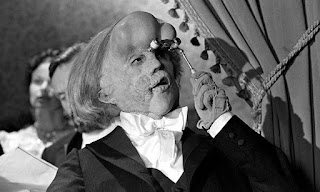 John Hurt as John Merrick
The Elephant Man
***
The other performance where a man screams that he is not an animal. If the script leans too heavily on making Merrick almost cuddly in his likability, Hurt at least sells it - and you can see him thinking behind the makeup, processing, weighing options. Hurt communicates hurt and hope in his eyes, while still contorting his body. Jack Lemmon as Scottie Templeton
Tribute
****
If someone's going to play an almost overbearing, always "on" personality it better be Lemmon - especially if we're to believe he's more charming than obnoxious. You can feel him straining through the material - oh, not Lemmon; I mean Scottie Templeton, maintaining levity through the knowledge of his diagnosis. If you're dry-eyed through his last scene, I don't know what kind of monster you are. 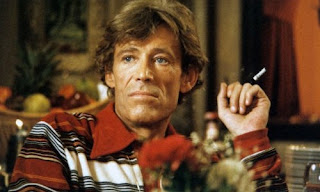 Peter O'Toole as Eli Cross
The Stunt Man
****
Borderline supporting, but his presence dominates - thus O'Toole is perfection, flamboyant, devious, always leaving you guessing as to whether the man is dangerous or merely mischievous. And best of all? You know O'Toole knows. He wavers not, blasting confidently through, steamrolling his co-stars...and yet making you want more.

No bones about it - let's co-sign the Academy's decision and give my vote to... 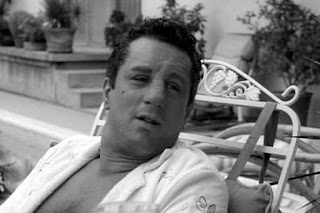