The second and final day of the 1980 Retro Hollmann Awards. Can Raging Bull maintain its status as the most-winning flick of the year? Let's find out...

It's easy to award the transformation of John Hurt into John Merrick for The Elephant Man. So I will!

In second place, intense forearms, unflattering hair buns, and other recreations of cartoon icons in Popeye. In third, blood, broken noses, and 15 years in Raging Bull. In fourth, primitive man and a mass of God knows what in Altered States. In fifth, blood, ghost-white faces, and salt-and-pepper doublng in Kagemusha.


2. "Suspended in Time"
music and lyrics by John Farrar
Xanadu 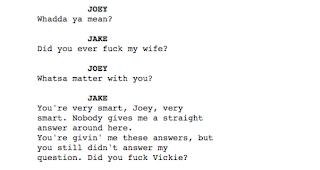 Raging Bull
Mardik Martin and Paul Schrader
based on the book by Jake La Motta, with Joseph Carter and Peter Savage

In second place, the celebration of female individuality in My Brilliant Career. In third, sexuality and leather kink get the noir treatment in Cruising. In fourth, cabin fever, family issues, and terror in The Shining. In fifth, morality and prison reform in Brubaker. 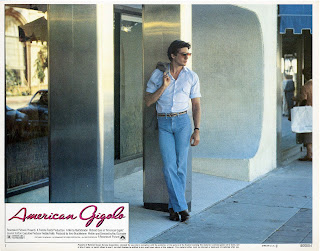 
Two for Schrader! American Gigolo is not just a thrilling mystery; it's a neat evisceration of the LA County social strata, where the rich take advantage of the poor, and an open secret is better than the truth. Fascinating to see the different ways race, class, and sexuality operate in regards to justice and society.

In second place, the realistic and beautiful personal dynamics of Kagemusha. In third, the feminist wit of Nine to Five. In fourth, The Idolmaker's love of music and the egos that make it possible. In fifth, the grim grit of The Big Red One. 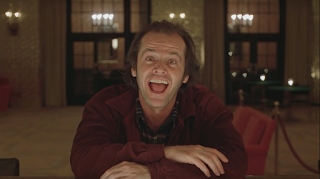 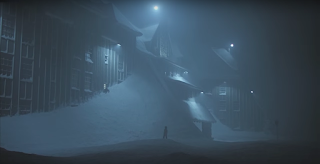 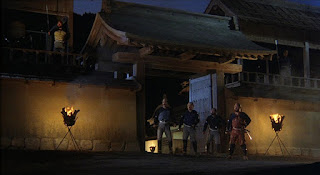 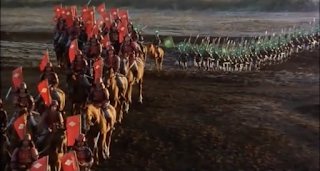 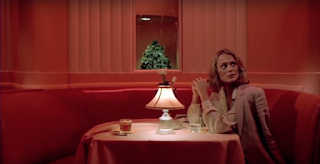 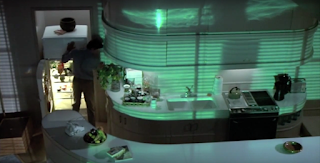 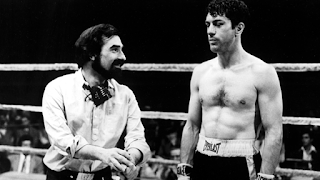 2. Akira Kurosawa for Kagemusha; 3. Stanley Kubrick for The Shining; 4. Gillian Armstrong for My Brilliant Career; 5. William Friedkin for Cruising


Yes, it's finally Scorsese's turn to win a Hollmann Award, and for one of his greatest films. The performances, the craft, all working beautifully together to create a singular vision, with a fine balance of adrenaline-fueled excitement and dread. As I said before, it's choice marriage of the "visceral and artful".

In second place, Kurosawa's usual poetic visuals for Kagemusha. In third, Kubrick's chilliness used for heated horror for The Shining. In fourth, Armstrong's brilliant (ha!) honing of her actors' skills for My Brilliant Career. In fifth, Friedkin's gift for raw terror for Cruising/ 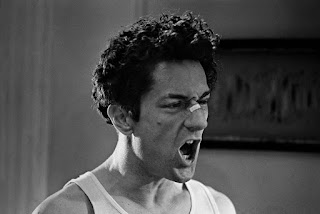 
De Niro is both man and animal, giving his all to play a deadly fighter, a dire comedian, and a terrible, terrible family member. He is a man possessed, who, as I said before, "makes such a pathetic, paranoid, egomaniacal monster of La Motta, that there's little pity to be had for him."

In second place, Nakadai is both regal and common, and all around heartbreaking, as both a nobleman and his double. Sutherland's grief and goodness holds everything together, in third. Sharkey's authentic in both his music and his hustle, in fourth. Redford brings his usual dignity, in fifth. 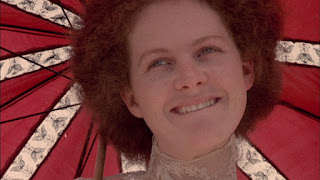 
As the lead of My Brilliant Career, Sybylla Melvyn is in every scene, every frame, the film centered on this headstrong teenager who shirks society's conventions, values her independence, and is great for a joke, bawdy song, good time - but not like that. As Sybylla, Judy Davis makes a convincing case for stardom in her first cinematic outing. She's strong, she's hilarious, she makes mistakes. She's the heroine we need and deserve.

In second place, Tomlin proves why she should run the company and lead more movies in Nine to Five. In third, Duvall reflects our own horror, but holds her own as a protective mother in The Shining. In fourth, Duvall is back, comic perfection and the embodiment of Olive Oyl in Popeye. In fifth, Adrienne Barbeau is no final girl - she's a final woman with a great voice in The Fog.


Those who know me know there was never another option for this honor. Xanadu is the most sincere movie I've ever watched. The day we met, it was love at first sight. What can be said about the Muse, the importance of art, the magic of music, the greatness of Olivia Newton-John, that Xanadu has not covered beautifully, simply. Remember when Michael Beck said, "Dreams die," and Gene Kelly replies, "No. Not by themselves. We kill them"? That's always stuck with me. And so has the roller-skating.


Yup! Xanadu may have only won twice - but it won where it counts! Raging Bull won the most, a total haul of six; The Empire Strikes Back and The Shining each won two.

I'm already hard at work on the next year, 1986, already more than halfway through my screenings. And this time I'll be offering capsule reactions, all throughout July, with the actual retrospectives to come in August. So join me, always and forever, as we explore Children of a Lesser God, Hannah and Her Sisters, The Mission, Platoon, A Room with a View, and the rest of the Class of '86!