Louis Gossett, Jr., made history at the 1982 Oscars by becoming both only the second African-American man to win an Academy Award (Sidney Poitier was first) and the first to do so for Best Supporting Actor.


(Ok, can I just point out: no, Susan Sarandon, two of those roles could not have been played by women. Preston does one scene at the end of his film in a dress. Fun "drag race" joke, though.)

Supporting Actors come in many forms and flavors. Here are a few of them, taking into account not just 1982's crop, but also the current batch of nominees for the 2017 film year.

The Movie Thief: Though his on-screen time is relatively brief compared to the rest of the cast, his character is unforgettable, the one you leave thinking about. It also helps if he has a big scene, like a monologue or a musical number. For the latter, take Charles Durning's sidestepping guv'nor in The Best Little Whorehouse in Texas; for the former, Woody Harrelson's sheriff in Three Billboards outside Ebbing, Missouri. 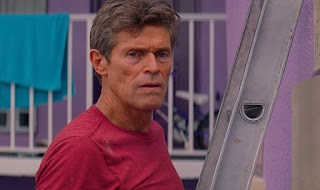 The Tough Love Father Figure: He's not fighting the protagonist, he's making him/her/them a better person - but he's gonna do it with discipline. When his eyes brim with tears at movie's end, that's the cue for the audience to lose its mind. Take Louis Gossett, Jr.'s, drill sergeant in An Officer and a Gentleman or Willem Dafoe's motel manager in The Florida Project. 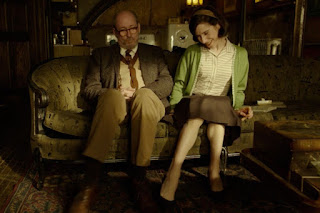 The Best Friend: There for the protagonist to connect with the way he/she can't with a romantic partner; also there to help hatch and execute any harebrained schemes alongside the hero/ine. Take John Lithgow's trans bestie to Robin Williams in The World According to Garp or Richard Jenkins' gay bestie to Sally Hawkins in The Shape of Water.

The Guy You Can't Trust: A worthy adversary, he's not just the charmer - he's the snake as well. Take James Mason's high-powered defense attorney in The Verdict or Christopher Plummer's megalomaniacal billionaire in All the Money in the World.

The Co-Lead: Well, almost - I mean, you can make the argument. He gets just as juicy an arc - and almost as much screentime - as the supposed protagonist. Hell, the movie ends with him! Take Robert Preston's nightclub singer/manager in Victor/Victoria or Sam Rockwell's dim-witted cop in Three Billboards outside Ebbing, Missouri.


Charles Durning in The Best Little Whorehouse in Texas
***

Although he has a brief, broad scene afterward, there is little doubt that this nomination is for his big number, "The Sidestep". On that basis alone, it's a worthy nod: Durning is light on his feet, a pleasant singer, and a comic force. In a film already bursting with energy, he inspires a new spark of it. 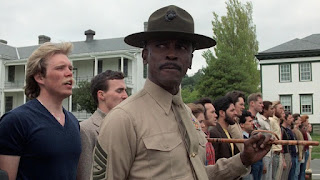 Louis Gossett, Jr., in An Officer and a Gentleman
****

Though his frame be tiny, Gossett seems not only capable of fucking you up - he would take pleasure in doing so. But Gossett also shows us that he takes more pleasure in his students' successes, that his tough love is a necessity to prepare them for serving their country, and to force them to get over themselves and their egos and face life. It's a surprisingly layered, emotional performance. 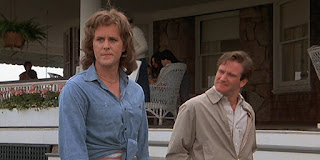 John Lithgow in The World According to Garp
***

A warm, welcome performance. Lithgow doesn't laugh at the idea of Roberta Muldoon, former NFL star now embracing her identity. She's what some would call butch, but she's still a woman with a fulfilling personal life and a difficult sexual one (join the club, hon!). I don't think there's more there than that, but it's enough.

A classy AF performance from one of the greats. As opposing counsel, Mason is slickly, quietly menacing, a man used to winning and ready to pull whatever dirty tricks necessary to ensure that result. But while calculating, he's not cold; he's a warm, charming individual, good-humored and patient, the kind of guy you wouldn't mind knowing under different circumstances.

Practically a co-lead, Preston delivers an effortlessly charming performance. It's rare to see this kind of comfort on screen, and Preston uses it to play a positive, sexy, layered older gay man, no stereotype but still proudly limp-wristed, equipped with one of the greatest voices to ever perform on Broadway or in Hollywood.

Louis Gossett, Jr., became the first black actor since Sidney Poitier to win an Oscar. Whereas I...I do love a drag act. I vote for: 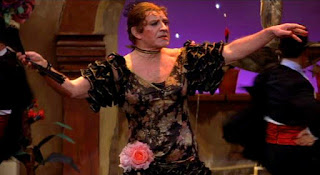 
Tomorrow, the nominees for Best Original Song: Best Friends ("How Do You Keep the Music Playing?"), An Officer and a Gentleman ("Up Where We Belong"), Rocky III ("Eye of the Tiger"), Tootsie ("It Might Be You") and Yes, Giorgio ("It Might Be Love").

Email ThisBlogThis!Share to TwitterShare to FacebookShare to Pinterest
Labels: 1982, An Officer and a Gentleman, Charles Durning, James Mason, John Lithgow, Louis Gossett Jr, Robert Preston, The Best Little Whorehouse in Texas, The Verdict, The World According to Garp, Victor Victoria