Continuing our look back at 1982. Yesterday, we talked movies that I finally caught up with after years of waiting. Today, ten films I needed to re-watch.

In the future, a specialized cop hunts down rebellious human replicants long past their due date. Clunky voice-over aside, it's a deservedly iconic and jaw-dropping feat of filmmaking, lusciously photographed and meticulously designed. A melancholy, stunning sci-fi noir.

Poltergeist, Tootsie, and more, after the jump.... 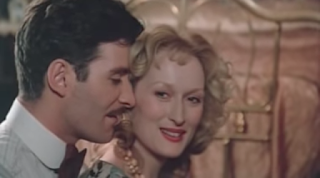 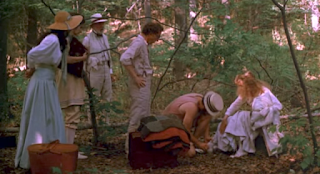 Three couples experience sexual frustrations and epiphanies during a weekend in the country. Another Allen spin on Bergman (this time, Smiles of a Summer Night), yet it feels fresh and frisky. Great ensemble, hilarious dialogue, dreamlike photography.

Ghosts take up residence in a family's house. Admire it more than love it (Spielberg's clearly reining in Hooper), but the effects are inarguably fantastic, and JoBeth Williams is just great - Beatrice Straight, too, especially in her monologue discussing the afterlife. 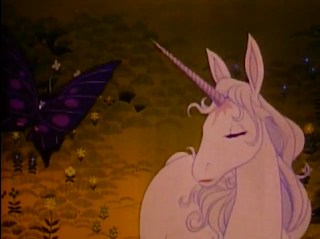 The Last Unicorn
dir: Jules Bass / Arthur Rankin, Jr.
scr: Peter S. Beagle, based on his novel
Previously seen: At a friend's place back in 2013

The last unicorn goes looking for other unicorns. Bright, hideous animation. Plodding pace. Repetitive. And then the songs! Didn't like it the first time, somehow worse this time.

Movie version of the musical version of the beloved comic strip about a lovable orphan. Undeniably charming performances and musical numbers, but momentum lags mid-Act Two - about the time "conflict" starts to come in. 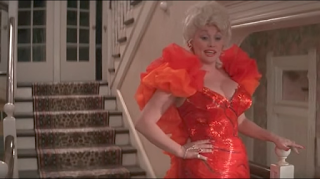 The Best Little Whorehouse in Texas (#9 at the box office)
dir: Colin Higgins
scr: Larry L. King & Peter Masterson and Colin Higgins, based on the Broadway by King & Masterson
Oscar Nominee: Best Supporting Actor (Charles Durning)
Previously seen: A few times since college, but most recently at a friend's place back in 2012

Musical about a whorehouse brought down by a nosy reporter. The choreography, the costumes, the surprisingly moving heart-to-hearts between Dolly Parton and Burt Reynolds, the perfectly-executed Aggie dance routine: this movie isn't phoning it in. Shouldn't work this well, but it's a little masterpiece. 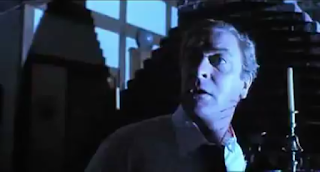 A playwright is inspired by a student's debut script...to murder? What a gas! Lumet uses the single location to great effect; true artists like he are not hemmed in by stage adaptations, but inspired. Actors carry pull off the frustratingly meta plotting.

The Thing
dir: John Carpenter
scr: Bill Lancaster, based on the story "Who Goes There?" by John W. Campbell, Jr.
Previously seen: All the way through? Probably not since senior year of college...

Out-of-work actor passes as a woman to get a job on a soap opera. On one hand, I can see where this satire on gender and showbiz is not quite as progressive as it thinks it is (Teri Garr's take is hilarious and spot-on). On the other hand, it's laugh-out-loud hilarious, the romance is genuinely felt, the performances are great, its heart is in the right place - what's not to love? It's a great movie!