Ben and the Other Four Gentlemen: Actor, 1982

And now we come to Best Actor.


The Biopic: This man existed, and this actor nailed it. Ben Kingsley as Gandhi in Gandhi, Gary Oldman as Churchill in Darkest Hour.

The Breakdown: His performance is a slow burn as he realizes the shit he's got into - and it's satisfying to him lash out near the end. Jack Lemmon in Missing, Daniel Kaluuya in Get Out.

The Transformation: Trust me when I say you've never seen him like this. Dustin Hoffman in Tootsie, Denzel Washington in Roman J. Israel, Esq.

The Legend: Whether he wins or loses, he's a respected thesp who gets nominated often. Peter O'Toole in My Favorite Year, Daniel Day-Lewis in Phantom Thread.

The Guy Who Only Needs a Single, Uninterrupted Take of Something to Make Critics and Audiences Fall All Over Themselves in Exultation: Paul Newman giving good speech in The Verdict, Timothée Chalamet staring at a fireplace in Call Me By Your Name.

And it looks like this year, as in 1982, the Biopic will reign triumphant. But who knows? We'll find out soon enough - until then, let's take a look at the 1982 performances after the jump! 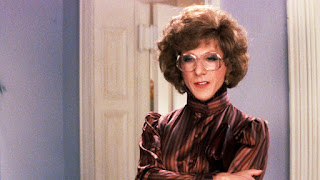 Great as chauvinist Michael and maternal Dorothy, and lets us see how each complements the other. Sure, he's believable as the pretentious, condescending, somehow charming jerkwad actor - that's no surprise - but he also pulls off Dorothy's effect on Michael, truly making him a better man as a woman. Hoffman nails the comedy and the reality. And his manic live show monologue is one of the best scenes of the year.

Thanks in no small part to the makeup, Kingsley disappears into his role, exuding a peaceful aura with his careful body language and soft voice; he also gets Gandhi's very real anger about injustice: you hear the strain in his voice as he speaks with the British, with Jinnah, with the Afrikaan police. 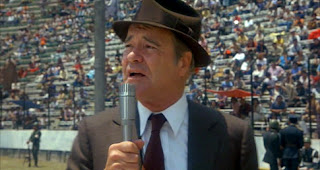 Solid work from Lemmon, with the material forcing him to sand down his performance tics (self-interrupting, muttering, those hands). It works, too, as we see him go from the self-righteous American businessman in full Jack Lemmon mode to a grieving father standing impotently by while his government betrays him. 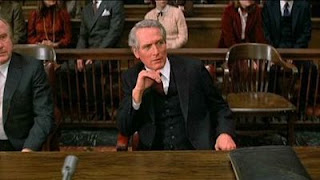 Something Newman nails, and it's a detail that matters: the phlegmatic morning-after voice that comes after a night of heavy drinking. It's a small thing that is characteristic of Newman's attention to detail, grounding him in authenticity. He's not working to gain your sympathies, either, but he earns them nonetheless. And much like Hoffman, his Big Monologue at film's climax is a corker, perfect in its hesitations and sincere, defeated feeling. 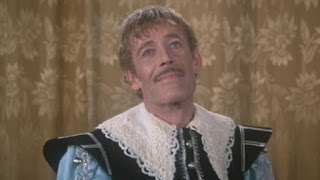 My second favorite O'Toole performance (so far; I've a long ways to go still). That he can bring gravitas and an ironic wit is no surprise; that's his stock-in-trade, put to effective use when he has dinner with Benji's family or almost visits his daughter. The icing is his knack for physical comedy, leaping and stumbling and pirouetting across rooftops and soundstages. He's having a blast, and it's infectious.

Oscar went for Kingsley, not a bad choice in an unusually strong year. A tough choice to make, but my vote goes to.... 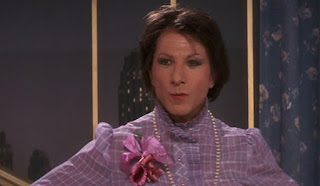