After two months, I am ready to unveil my Top Ten of 1982. Before I do, I'd be remiss not to name some honorable mentions... Blade Runner and Fast Times at Ridgemont High.

Blade Runner's groundbreaking future-noir aesthetics. Come Back to the 5 & Dime Jimmy Dean, Jimmy Dean's incredible ensemble of women. Fast Times at Ridgemont High's poignant sense of humor. Their absence from the Top Ten is greatly felt, and is in no way a reflection of their quality. I wish I had room in my Top Ten for thirteen titles, but that's not how numbers work. As it stands now, these will do. The Top Ten of 1982, in alphabetical order, after the jump... 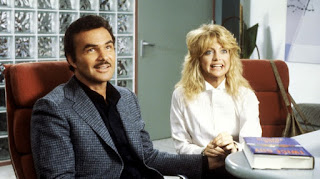 Everyone knows their family is crazy, but everyone else's family is beyond hope. That's at the heart of this unique romantic-comedy about a couple who finally get hitched quick and meet each other's parents, much to their mutual frustration. It's just a glimpse into their lives and upbringing, but in that quick peek is a smart, sexy movie about marriage, family, and romance, at every stage. 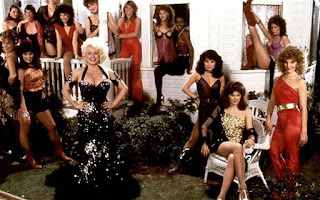 Texas has a whorehouse in it, and it's the site of a smart and funny send-up of American Puritanism. It's also a celebration of small businesses and local economies, as a long-standing whorehouse comes under the scrutiny of a fame-hungry investigative reporter. Plenty of T&A, plus naked college athletes dancing in the locker room, yet it never feels raunchy! Infectious musical numbers, and a central romance beautifully played by Burt Reynolds and Dolly Parton. 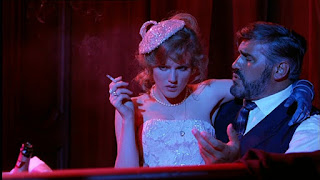 Rainer Takes On...capitalism and the free market! As West Germany establishes itself as an economic power in the post-War years, a town's new building commissioner finds himself both at odds with local power and smitten by an upwardly mobile woman who, unbeknownst to him, is the favorite whore of his chief antagonist. A darkly funny film shot in breathtakingly beautiful candy colors. 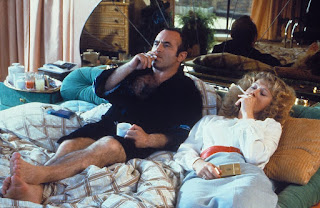 And speaking of upward mobility! So I really liked 1986's Mona Lisa, but this is some neo-noir gold, with a never-better Bob Hoskins trying to figure out who is eliminating the members of his organization on the eve of a lucrative deal with Americans. The twisty narrative is constantly raising the stakes and mining suspense, even as it gives away the whole show early on - that's great writing. 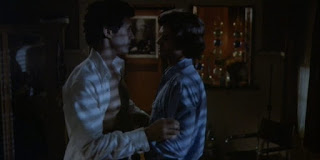 This one is personal! I spent five years in a wonderful heterosexual relationship and didn't admit my attraction to men, even to myself, until two years after we broke up. Obviously, here the stakes are much higher, as an apparently happily married man comes to terms with his homosexuality after eight years with his awesome, devoted wife. I recognized the people in this movie; I recognized the situations, too, right down to getting cold feet while cruising. It's genuine, respectful, empathic, and all around wonderful.

People who rail against remakes should watch this to see what's possible. No mere sci-fi adventure (though let's be clear, there's nothing wrong with that); instead, a gruesome, paranoid horror in which a shape-shifting alien slowly takes over the crew of a remote research outpost in the Antarctic. A claustrophobic mystery that keeps you guessing long past the final frame.

As I mentioned a few times, the story of a male actor who dresses as a woman to get a part on a soap opera, only to learn the struggles of the opposite sex and face his own chauvinism, has lots of opportunities for missteps. It doesn't avoid them all, but it's trying, and it acknowledges that struggle in the arc of Michael Dorsey. Besides all that, it's a whole lot of fun! 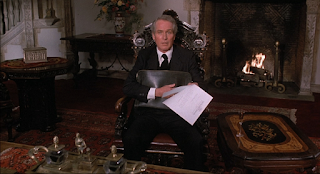 You'd think it'd be too much juggle, a character study of an alcoholic lawyer that's also a legal drama about him taking on an Archdiocese-backed hospital for negligence. And certainly, as I've stated before, the script gets too clever by half. But as a whole, this movie just works: crackling performances, patient direction, moments that anger, wound, and amuse you. Serious entertainment! 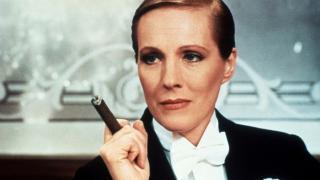 Gay Par-ee, literally, as a self-described aging queen takes a cis woman under his wing and makes her over into a drag queen - or as she puts it, "a woman pretending to be a man pretending to be a woman." This is the work of an ally, unapologetically out and proud, acknowledging complications while pooh-poohing stereotypes. Would that more movies - even now - were this unabashedly, casually queer!


Tomorrow, my nominees for the 1982 Retro Hollmann Awards. 'Til then, let me know what you would include on your Top Ten of 1982. And if you want to now just what I was watching, you can always check out the reviews, or take a look at the list below: