It is said that truth is stranger than fiction, which is probably why so much fiction is founded in fact: biopics, roman à clefs, historical epics, etc. With that in mind, this batch of films, with one or two exceptions, is dedicated to cinema that finds fantasy in reality. 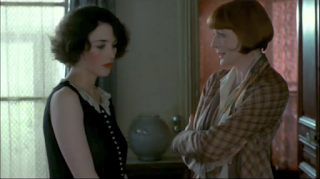 Quartet
dir: James Ivory (A Room with a View, Howards End, The Remains of the Day)
scr: Ruth Prawer Jhabvala, based on the (semi-autobiographical) novel by Jean Rhys

Gandhi, Fitzcarraldo, and more after the jump... 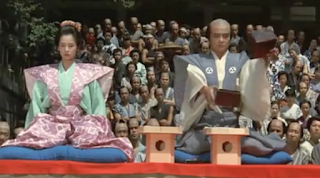 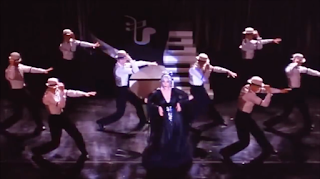 A woman pretends to be a female impersonator for a hit nightclub act. Effective satire of gender performance, whether it's a drag act or hyper-masculinity among the hets. Lively musical numbers, divine costumes, superlative performances. Gay, gay, gay! 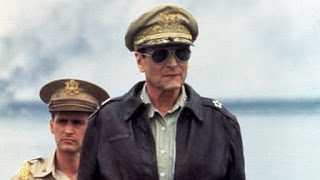 Epic about the Battle of Inchon during the Korean War. Greatly overestimates my investment in the war's impact on Ben Gazzara and Jacqueline Bisset's marriage. Koreans weirdly absent except when saved or sacrificed. I've never seen so many explosions, yet it's a surprisingly dull film. 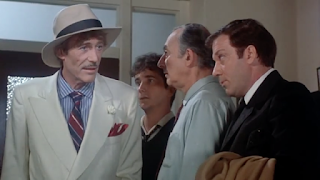 Writer for a live variety show babysits a faded matinee idol. Solid movie, where the wit comes organically and the pathos sneaks up on you. Surprised to find this to be my favorite O'Toole performance since Lord Jim. Suggested by Mel Brooks' experience as a writer on Your Show of Shows. 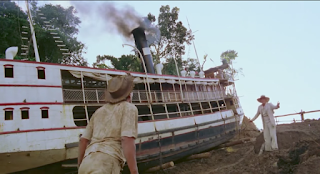 Early Man faces tough times. A prehistoric ballet, no real dialogue needed to convey story, relationships, conflict, anything: you feel it, you see it, you know it. Annaud gets such interesting faces for his casts, and even under all the makeup, this one is no exception. 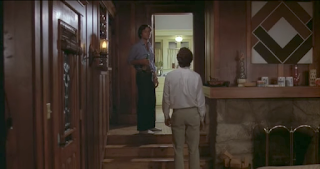 Married man comes to terms with his homosexuality. Poignant, complex look at coming out, not condemning anyone but not shying away from unpleasantness. Harry Hamlin's guarded Don Juan a standout in a movie full of great performances. 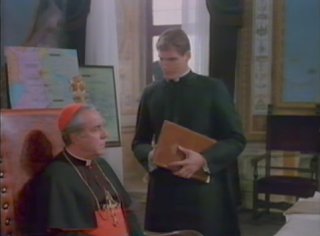 A priest climbs the ranks of the Vatican through shady dealings. A lot of stuff happens, but God knows why or how.Christopher Reeve seems lost; I know I am, trying to follow the economics necessitating backroom deals between the mob-run black market and the Vatican. Romantic subplot goes nowhere, distracts from film's main agenda. A disappointment.

Biopic of the political activist and philosopher who preached non-violence. Beautifully mounted production earnestly attempts to understand the man's heart and mind, tends to get caught up in breathless awe, concerned all the same with ensuring a full portrait of the man and the myth. Kingsley disappears into the role, thanks both to his performance and the skills of the makeup team.