Class of '86: Bette Davis Takes the Stage and Best Actor

Family's in town, so forgive the delay.

It's a little difficult to watch post-stroke Bette Davis get through her Best Actor presentation, but good Lord did that woman know how to hold the spotlight. Paul Newman wasn't present to accept the Oscar, but accepting on his behalf was Oscar winner Robert Wise - the President of the Academy! That's power, baby. But Bette's not about to be upstaged...


It's Newman's first win after seven previous nominations, and he would be nominated a ninth and final time for Road to Perdition. Many call this a "gold watch" Oscar, an honor for a body of work instead of the performance - but good Heavens, it's not like the performance is lacking! Still, it was a formidable slate of competitors: jazz musician Dexter Gordon making his acting debut in 'Round Midnight, Bob Hoskins as a whore's chauffeur in Mona Lisa, the previous year's Best Actor Oscar Winner William Hurt as a speech therapist for the deaf and hard-of-hearing in Children of a Lesser God, and James Woods as real life photojournalist Richard Boyle in Salvador.

Let's talk about them, shall we?

Dexter Gordon as Dale Turner
'Round Midnight
***
Gordon may be a jazz musician playing a jazz musician in his acting debut, but he's putting in the work. Possessing a natural magnetism and gravitas, his approach to "drunk acting" is unfussy, almost imperceptible from his usual demeanor, maybe a little heavier in speech and breathing. When he walks back into his past, too, his voice grows a little more distant, his eyes glaze over, traveling the years. 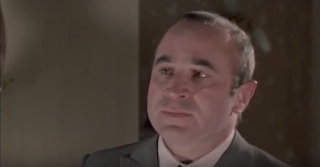 Bob Hoskins as George
Mona Lisa
****
Hoskins treats George with great care and respect - he's not a bright guy, he's no class act, and he's a parolee, but there's more than a bit of good in him; we see it in Hoskins' reactions to what's going on around him. We also see that, in spite of his experience, in spite of him vocalizing his doubts as to his own self-worth, there is a naive hope in him...maybe the princess will kiss the frog. A crude and sensitive performance. 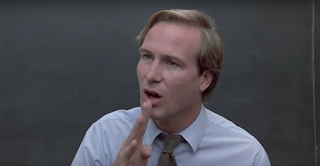 William Hurt as James Leeds
Children of a Lesser God
*****
Hurt gives James a childlike physicality - a wandering look when he's bored or frustrated, an eagerness to please that clearly hurts when it doesn't work. In the classroom, it's an engaging and infectious youthful energy, but he is impatient, unwilling to see past his own point of view. And that comes out in his romance with Sarah, in his condescendingly "well-intentioned" efforts to teach her to speak, in his frustrated busy work at the deaf dinner party. But despite these shortcomings, there's no arguing his genuine affection for her, and you see in his face the subtle shifts he allows in his thoughts and emotions because of her. Hurt lets you see this man grow up.

Paul Newman as Fast Eddie Felson
The Color of Money
*****
A testament to Newman's enduring star power.  Fast Eddie is sexy as hell, smooth as the whiskey he sells, and yet! You see a new spark in his eyes when he witnesses Tom Cruise's pool prowess. But when the hustler gets hustled, Eddie's eyes tell a whole story of anger, stubbornness, and embarrassment. He goes from hot to pathetic, and Newman isn't afraid to show it.

James Woods as Richard Boyle
Salvador
***
Who better to play a sleazy photojournalist finding his conscience than James Woods? The guy's patter makes you want to check your pockets when he leaves. Woods ACTS, in all caps, but that works here - he's a great fit for Oliver Stone's on-the-nose speeches, executing them with an expert salesman's know-how.

Newman got what many called his "gold watch" Oscar - but that's crazy! It's a great performance that deserved to be recognized as such! And so my vote goes to...someone else. All hail... 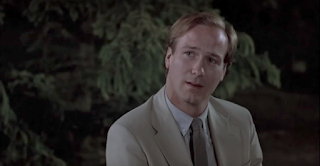 WILLIAM HURT
for
CHILDREN OF A LESSER GOD

Tomorrow, the moment has come. Who gets my vote for Best Picture? Is it the winner, Platoon? Or is it one of the four also-rans: Children of a Lesser God, Hannah and Her Sisters, The Mission, A Room with a View? Find out tomorrow.....