Getting this in late today, due to...life. Anyhow, here are the nominees for Actor in a Leading Role: 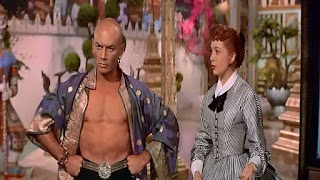 Yul Brynner as The King of Siam
The King and I
*****
first and only nomination; National Board of Review winner for Best Actor; Golden Globe nominee for Best Actor - Musical/Comedy, NYFCC Awards runner-up for Best Actor

A strikingly complex portrait of a man who does not question his sovereignty yet tries to use his power for "greater good." He wants a progressive society, but within reason (his own); he believes in the superiority of men over women, yet values Anna's mind with a favor not bestowed on others. There's a desire there - "Shall we Dance?" is spine-tingling - but Brynner lets us see that before sexual attraction, there is an intellectual one, respect: a romance between peers. He's hard and soft in all the right places. 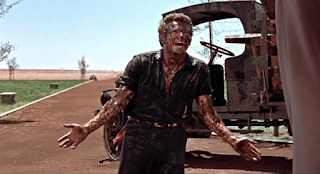 Really more of a supporting role. His distracting mannerisms make him stick out like a sore thumb. They gel more when he's the old drunk, but there's nothing about him, other than being James Dean, to suggest his charm or magnetism over either Luz. Two scenes in which I really saw Jett Rink: when he strikes oil and goes to announce the news to Benedict, and when he gets too loaded at the opening of his hotel. 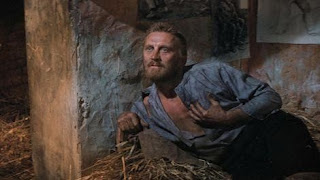 Intense! An unexpectedly physical performance, Douglas is constantly pacing, rubbing his head, grimacing, making statements, squeezing tubes of paint. I'm not mad at it - Van Gogh, as played here, is a manic, passionate man; even his art is described as having been painted "too fast." There's no subtext with him - he wears his heart on his sleeve. It's a little exhausting...and unforgettable. 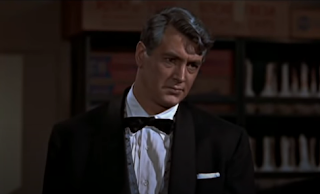 The best I've seen him, perfectly matched to this role of a traditional Texan challenged by his non-traditional wife, sensitive son, and changing times. He doesn't back down from Bick's stubbornness, patriarchal expectations, sexist and racist condescension, even in moments where we want to root for him. He's all sides, the good and the bad, the redeemed and the unchanging. Life is a process. Hudson nails it. 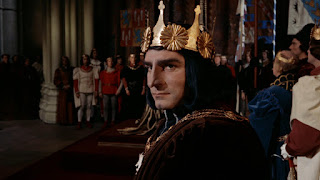 Genius or showboating? Olivier gleefully, campily walks that tightrope throughout the film, giving us a Richard who delights in performing, who has to brag on himself to the audience, who glories in his genius and cunning even as everyone else in court openly distrusts him. His conspiratorial smirks, his rolling r's, his loud, snotty tone: he's a diva in want of a stage.


But my vote goes to: 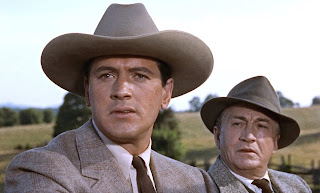 
Tomorrow - oh, gosh, the nominees for Best Picture are finally coming: Around the World in Eighty Days, Friendly Persuasion, Giant, The King and I and The Ten Commandments.