In a move that's exactly opposite the Best Supporting Actor race of the same year, 1956's Supporting Actress lineup had already been predetermined by the Globes - with one exception... 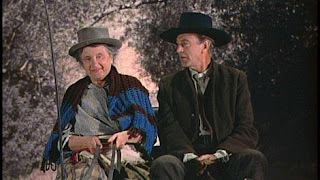 That was Marjorie Main, Golden Globe nominee for her cameo as the widow Hudspeth in the Quaker drama Friendly Persuasion. Main's only flirtation with Oscar came in 1947, when she was nominated in this very category for her performance in The Egg and I. She didn't win (she should have!), but she did get the eight-film Ma and Pa Kettle franchise out of it - not bad for a then-57-year-old character actress! Indeed, following Friendly Persuasion, Main would only make one more film - The Kettles on Old MacDonald's Farm.

So. Main in at the Globes, out at the Oscars. In her place: Mercedes McCambridge, in her only nomination following her win for All the King's Men. And besides Main, McCambridge, and the four actresses nominated here and at the Globes, only one other performer was in the conversation: Debbie Reynolds, National Board of Review nominee for The Catered Affair, a film in which she is, arguably, a co-lead with her screen parents Bette Davis and Ernest Borgnine. Clearly, it was a year of terrific options. Still, with 1.5 exceptions, this is a marvelous lineup: 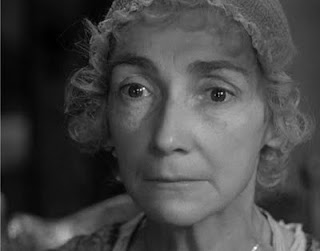 Her standout scene comes in the direct lift from the earlier one-act The Unsatisfactory Supper, where she putters and fusses vaguely until Karl Malden's Archie Lee threatens to throw her out - and then she is suddenly a broken child. Dunnock puts a lifetime's worth of half-remembered humiliations into a single reaction. Heartbreaking. 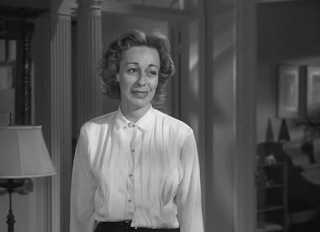 Nails her first scene: a grief-stricken mother driven to drink, all too aware of the class system in her community and how quickly sympathy turns to tsks, nailing everyone to the wall, through insinuation, for their unspoken covenant to cover up murder. Then she gets a second scene that leads...nowhere? Just repeats the same beats as before? She tries, though, Lord knows she does. 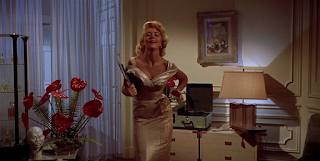 Dorothy Malone as Marylee Hadley
Written on the Wind
****
first and only nomination; Golden Globe nominee for Best Supporting Actress

What a relief to find that Malone doesn't seem to find Marylee wicked at all, but rather a grownup little girl lost, as emotionally arrested as her brother with just a tetch of self-awareness. She aims to wound, but never mortally; she's careless, lashing out without really knowing why, or fully considering the consequences. Great with a one-liner, too. 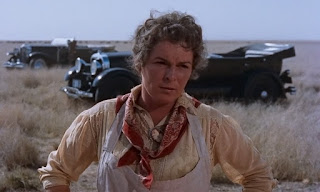 In her brief screentime, she telegraphs desire for Jett, jealousy of Leslie, queasy devotion to Bick, and a confidence that has never been shaken - until now. And she does it all while barely changing her expression, rarely unclenching her jaw. She's so effective, and yet I feel she's one scene shy of really clenching this, of having one of the all-time great screen characters. Unforgettable either way. 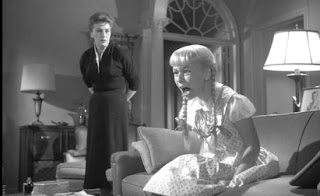 She's a kid doing her best in a role that's barely developed past "now she's sweet, now she's dangerous." She's unconvincing as the kewpie everyone's smitten with. Perhaps the point is that she flatters the adults' ideas of what kids should be to such an extent that they turn a blind eye to her obvious play-acting? I suppose that interpretation, like this nomination, is...charitable.

The winner was Dorothy Malone:

She fucking rules! But, uh, well, er...I am a very loyal sort, and you've read me long, you'll know that there is a performer of whom I'm rather fond. And the performance she's given here is a stirring, brief example of why I adore her. My vote goes to: 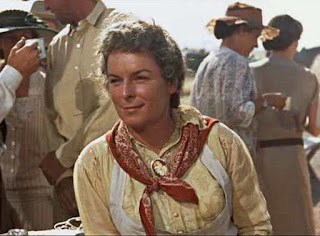