Here we go! 65 films screened, whittled down to my Top Ten! Apologies to Bigger Than Life, Carousel, The Eddy Duchin Story, The Killing, The King and I, Nightfall, The Proud and the Beautiful and The Trouble with Harry, but there are only ten slots...


You don't even have to read up on it to know this movie was tinkered with: the expository dialogue over still images, the rush of the third act, the character turns that seem to be short just one more scene of motivation. Despite those problems, something wonderful still shines through.  It delivers the cast of thousands, the great battles, the fiery effects we expect from an epic. But mostly, it's the story of a son competing with his father, of a man defining his legacy, of a conqueror faced with his limitations. Not perfect, but damn it's good! 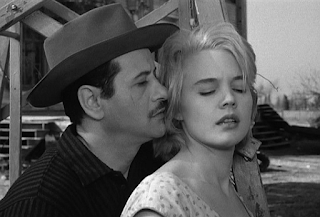 
She's turning 20 and still a virgin - the perfect pawn in a game between her much older  husband, and the wealthy newcomer taking over. It has all the makings for the trashiest bit of sleaze this side of the fabled Deuce - and it is! But it's not just exploitation, it's about exploitation: the big timers coming in to suck up the small town businessmen; the small town businessmen holding their waning powers over anybody they can; the game of sexual chess played between a child bride who's smarter than her husband thinks, but not as mature as she thinks, and the men around her. Everything about this is sublime. 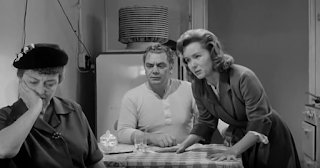 A comedy of manners, a semi-satire of the American wedding and its costly drag. Gradually, the portrait of a marriage, of regrets you hope you rectify in the next generation, in dreams set aside and never again grasped. Heartbreaking, but not without hope. Certainly this is Debbie Reynolds' finest hour, but oh wow, just when you think you know an actress backwards and forwards, behold Bette Davis as a middle-aged, lower-class, Irish-American housewife who never got to dream. I felt like sobbing 'til I was out of tears. 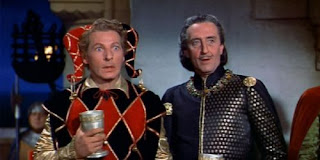 The funniest movie I've seen this year (1956, specifically, not the past twelve months...although!). That's all there is to it. It's just goddam clever, with a romance you actually root for and a catchy soundtrack. Damn. Good. Fun. 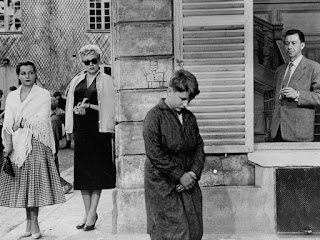 
Go in, like I did, knowing as little as possible - in my case, just that it was a classic thriller that everyone recommends. And wow, it's no mystery as to why! Not for one moment did I have a clue as to where it was going, not for one second did the tightness in my chest relax. A straightforward first act, a suspenseful second, a jaw-dropping third, and all with a dark wit underneath. You can see where subsequent films cribbed - and why. 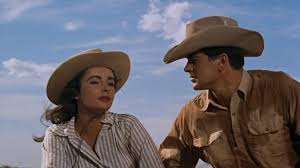 
The state of Texas, the future of the economy, the power of the cow and the sway of oil, told through the story of one family, hell, one couple. Isn't it funny, how decisively the loves and prejudices of a single family can determine the direction of history? We never get to that macro level, but it's plenty implied by what we see on the micro: an unexpected inheritance, a heated political conversation, an inevitable marriage, even the addition of a pool, are all signs of, or directly effect, the times. Superb performances from all, though Hudson and Taylor especially are in fine form. A truly American story. 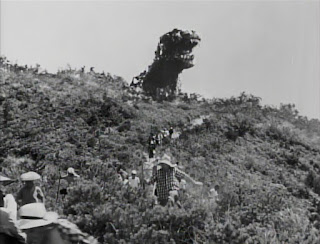 Godzilla, King of the Monsters

This is the American re-edit, wherein Raymond Burr plays a reporter who talks to Japanese characters whose faces are juuuuuust out of sight, before cutting away to their dubbed-over coverage. Easy to spot, and one could mock if they wanted, but one could only do that if they were an asshole ignoring the creativity and relative seamlessness of the operation. Besides which, the score, sound, special effects, and anti-nuclearization message - the Godzilla of it all! - are all left intact. This is entertainment! 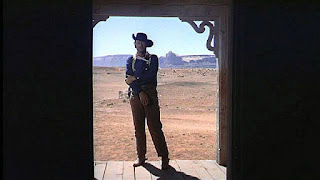 Ethan Edwards: proud former Confederate, biliously anti-Native American, possible fugitive, on a quest for vengeance that can only end in bloodshed. And while there are many old westerns where these descriptors could accurately apply to the hero, The Searchers is so naked and upfront about Ethan and the whole ethos of the west, you know there's more happening here than a typical tale of heroics. Oh, there's revenge and rescue, and there's even the potential for redemption, but Ethan is an embittered man who finds no peace in a post-war Union; what was he fighting for? what good are his skills now? I don't think that's an unfamilair feeling for soldiers in peacetime, especially not in the "what the hell was that?" aftermath of the Korean War. Give it this much credit, too: this was the movie I was watching when I received news of my dad's death and it didn't diminish my appreciation one iota! 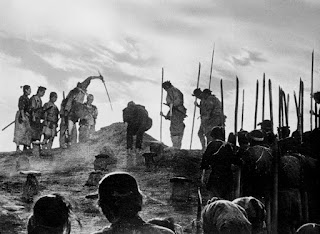 How to describe this movie? It is everything its reputation would suggest - and more. I was expecting the adventure story of ragtag samurai saving a village from bandits, certainly, even down to the regret and trauma of violence. Hell, I know The Magnificent Seven, I get it! There's just something about the level of detail here, the way the story unfolds like a novel, taking its time introducing everyone, gathering them together. The innocence of the love story, so beautifully photographed, it's like the memory of your favorite dream; the storm of rain and violence clashing together, visually and aurally, to create a chaotic experience; the random draw of fate, haphazard in its decision of who lives and who dies; that final note...my God, how do you move on to the rest of your day after that? It doesn't feel like three and a half hours, I can tell you that. 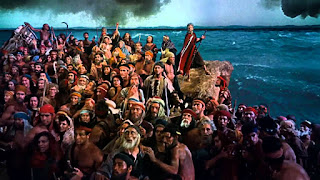 
This is the kind of movie I have always wanted to be a part of. It's long enough to tell the whole story, big enough to tell it right. There's enough humor, sex, and violence to keep you entertained at the most base level, and enough serious discussion of heritage, faith, fate, motherhood, and politics to make you feel like it's not all just spectacle - though, it must be said, the effects really do hold up! Now, I confess, it is absolutely a 3hr40min film, and nothing makes the time go by quickly. That's gine. You are, after all, going on one of the great journeys in all history. Why not take it all in?

Alexander the Great
Anastasia
Around the World in Eighty Days
Baby Doll
The Bad Seed
The Best Things In Life Are Free
Between Heaven and Hell
Bigger Than Life
The Bold and the Brave
The Brave One
Bride of the Monster
Bundle of Joy
Bus Stop
Carousel
The Catered Affair
The Court Jester
The Creature walks Among Us
Diabolique
Earth vs. the Flying Saucers
The Eddy Duchin Story
Forbidden Planet
Friendly Persuasion
Giant
The Girl Can't Help It
Godzilla, King of the Monsters
The Harder They Fall
High Society (cole porter)
High Society (bowery boys)
Invasion of the Body Snatchers
Invitation to the Dance
Julie
The Killing
The King and I
The Ladykillers
Love Me Tender
Lust for Life
The Man Who Knew Too Much
The Man Who Never Was
Meet Me in Las Vegas
Miami Exposé
Moby Dick
Nightfall
The Opposite Sex
Patterns
The Power and the Prize
The Proud and Profane
The Proud and the Beautiful
The Rainmaker
The Red Balloon
Richard III
The Searchers
Seven Samurai
The Solid Gold Cadillac
Somebody Up There Likes Me
Stagecoach to Fury
La Strada
The Teahouse of an August Moon
Teenage Rebel
The Ten Commandments
The Trouble with Harry
Umberto D.
The Violent Years
War and Peace
While the City Sleeps
Written on the Wind

Coming up: the nominees for the 1956 Retro Hollmann Awards!
You May Also Enjoy: