This is the first sign of the juggernaut to come: Around the World in Eighty Days. Here Was its first great triumph - and the separate acceptance speeches, a sign that the true author of the film Was one Mr. Michael Todd, producer.


I mean: three writers, one of whom accepts on behalf of two, the other represented by Hermione Gingold, both speeches making clear that these are separate authors/teams. It's as amusing as the Academy Award-winning writers of Pillow Talk having never met until Oscar night! 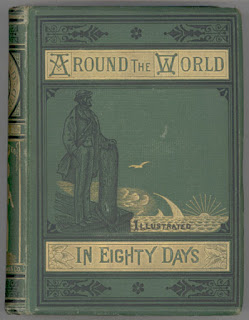 Unnecessary prologue aside, a reasonable execution of adapting a novel into a showcase for cameos and setpieces, and doing so without really straying too far from the source material. Yes, there is a Spain segment added, complete with dancing and bullfight and a sheik crow-barred into the proceedings, but I think it fits in rather nicely. It's faithful to that spirit of adventure, of spectacle, of wonder at technological advancements! 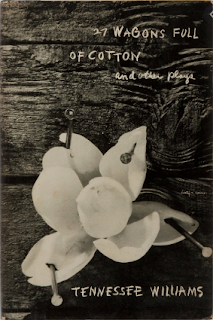 It really feels like the earlier one-acts were test-runs for these characters: the proud and pathetic Archie Lee, the proud and trying-to-be-worldly Baby Doll, the proud and cunning Silva, the proud and fragile Aunt Rose. Finally, here they are in all their full-length glory, their dotty, trashy, leeching, grasping, exploitative glory. No one here comes off very well, this cast of hustlers and opportunists...yet there is something troublingly relatable about their desperation. 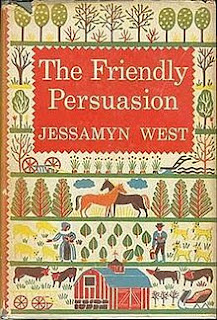 Even when the Civil War is not directly invoked, it's ever-present; meanwhile, the relative liberalism of Jess Birdwell is a constant source of conflict and comedy in his Quaker home and community. For ninety minutes, the seemingly plot-less antics and war references cross each other, finally coming to a head in the dramatic final hour. The formerly episodic story is suddenly revealed to be a building arc. Wilson's perfectly-realized characters further sell that build. 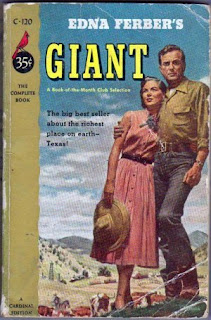 Keeps its focus on Jordan and Leslie, giving enough personality to the supporting players that you feel the sprawl of an epic, even if, when you take a step back, it really is a very small story of a couple through the years. Oh, yes, an obscenely wealthy couple, but Guiol and Moffat (via Ferber) find the at-home modesty behind the billionaire self-importance. Important, too, that they talk like real people - the repeated phrases, the underlining of points already made, the stupid things said so confidently, the unsaid arguments behind the actual ones. 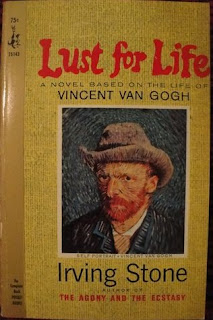 The epistolary conceit of the screenplay - brother Theo's voice reading aloud letters from Vincent - has its pros and cons: they are Vincent's words, but not his voice, so we're at a remove. Too, they repeat much of the philosophies and observations he expounds on in person with Theo, Gauguin, the Belgian priests - and those scenes manage to convey artistic arguments so un-fussily, it's a pity they cannot be left to themselves. Not to say that it would automatically be better were it shorter, but it does drag in the first act.

I reaaaaaaally don't know what to do here. Baby Doll or Giant, Giant or Baby Doll? Love 'em both, screenplays anyone would be happy having their name attached to, both overcoming challenges to present genuinely exciting human dramas. OK, but I only have one vote, right? If I'm a member of the Academy, there is only one box I can check. And that box, by a very narrow margin, is: 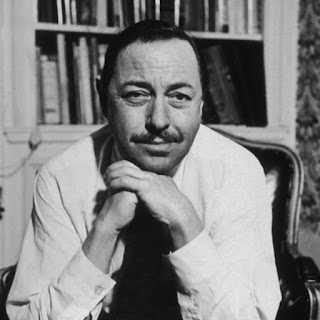 Tomorrow, a music break with the nominees for Best Score, Comedic or Dramatic: Anastasia, Around the World in Eighty Days, Between Heaven and Hell, Giant and The Rainmaker.