Now we've covered nominees from Best Musical Score all the way through to Best Picture, here are the rest of the nominees of the 29th Academy Awards: 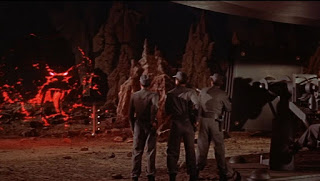 A rescue mission lands on a strange planet, only to discover that not only does the scientist they're sent to save doesn't want to leave, but a deadly invisible beast is loose. Delivers horror and pseudo-philosophical babble effectively. The effects? Fabulous, actually. A blend of animation and practical wizardry to create an unstoppable, invisible monster and its path of destruction. 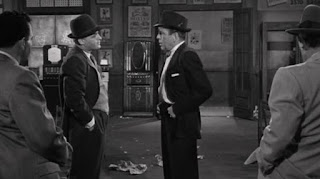 A down-on-his-luck journalist becomes a press agent for a boxer whose fights are fixed. It doesn't make complete sense to me as far as the execution of that plot, but there is a wonderful ensemble of palooka actors, and Bogart's great in the lead. Cinematography? Yeah, I see it, especially in the climactic fight scene. 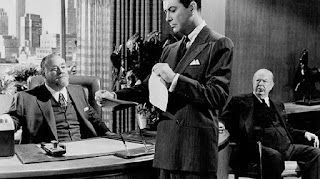 The Power and the Prize
Best Costume Design, Black-and-White

An engaged businessman goes abroad to secure a deal, falls in love with a foreign woman. It's very dull, and I don't know if it's just because it's a genuinely un-involving story, or if it's miscast, or limply directed. I would understand an Art Direction nomination, but I don't get the Costume Design one. 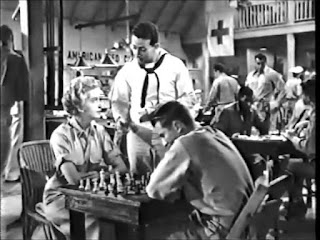 In the Pacific Theater of The war, a Red Cross nurse finds romance with a commanding officer. I really liked this one, mostly because of william Holden's performance in the leading part - tanned, dangerous, hot as hell. I declare these nominations Very Good, Indeed. 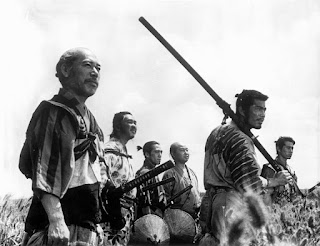 Villagers threatened by bandits hire a ragtag group of samurai. This movie is three and a half hours? It flies by! I'm going to write a little more about it in my Top Ten (yes!), but suffice it to say, it should have won both these categories, and been nominated for more. 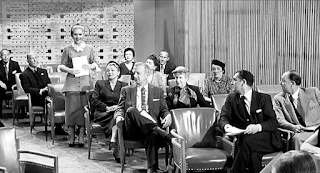 A small shareholder in a large corporation speaks her mind, winds up working for them, falls for the founder. Another Judy Holliday charmer, an amusing send-up of corporate crookedness and politics. I'm surprised by the win, but Holliday can wear the hell out of a wardrobe, so why not? 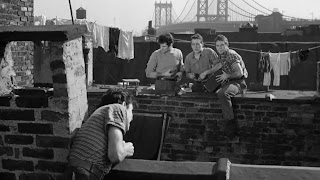 Bio of boxer Rocky Graziano. Not to mince words, but with the exception of the title song, I hated this movie and thought Paul Newman especially terrible in it. The cinematography and editing, fine - boxing pictures definitely have a leg up here, especially on the latter. But art direction? And a win? For those cheap-looking sets? 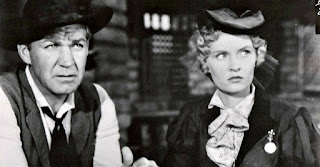 Stagecoach passengers are held hostage by banditos; flashbacks clue us in on what led each person to this moment. Great stuff, beautifully shot black-and-white (though I wish I'd been able to see the full Cinemascope version instead of a pan-and-scan), a terrific late-career role for Wallace Ford. 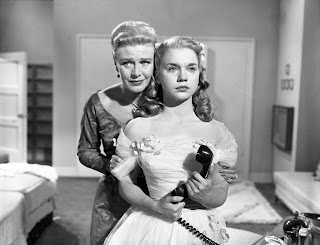 Snotty teen spends the summer with her estranged mother, tensions arise. Misleading title aside, this is a pretty good movie with good performances from Ginger Rogers (as mom) and Betty Lou Keim (as the titular teen). I like the art direction nomination: much of the move is informed by the architecture and interior design of the homes. Kind of glad something like this made it!


Later this week: the total list of movies screened for 1956, my Top Ten, and the nominees and winners for the Retro Hollmann Awards!

Email ThisBlogThis!Share to TwitterShare to FacebookShare to Pinterest
Labels: 1956, Forbidden Planet, Oscars, Seven Samurai, Somebody Up There Likes Me, Stagecoach to Fury, Teenage Rebel, The Harder They Fall, The Power and the Prize, The Proud and Profane, The Solid Gold Cadillac