John Ford has an unbeaten record of four Oscars for Best Director. I note this because he was not nominated in 1956, despite this being the year he gave us The Searchers, largely regarded as perhaps the greatest western of all time! Could be that his record worked against him: after all, it was just four years earlier that he got the fourth for The Quiet Man, and he was never nominated again, despite all that came after: Mogambo, The Searchers, The Man who Shot Liberty Valance...

Also absent: Cecil B. DeMille of The Ten Commandments, not just the helmer of the year's biggest moneymaker, but the only director of a Best Picture nominee left off the Best Director nominations. I guess he was seen more as a producer than a director: the one time he was nominated in the second category, was the year Ford won his fourth. Still, DeMille won Best Picture for The Greatest Show on Earth that same year, stunning many and subsequently going down in history as one of the worst Best Picture winners of all time. I've not seen it, I can't say, but I guess, like Ford going four-for-five, they figured he was honored enough. The Ten Commandments wound up being his final film.

In DeMille's stead was King Vidor, a fellow veteran of Early Hollywood, who received his first Oscar nomination at the first Academy Awards, for directing The Crowd. He had not been nominated since 1938's The Citadel, and wouldn't win until 1979 - an honorary Oscar for lifetime achievement.

Still, he did get to be part of this lineup: 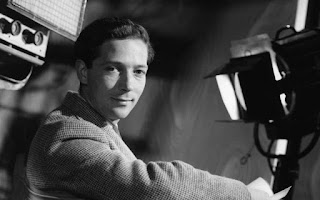 One of those movies where the producer's hand is so heavy, you wonder how much say the director had. But you know, there's something to be said for being able to execute someone else's vision so completely, without feeling like a gun-for-hire job. His sense of comic timing, his "showcase" shots for the format, his rhythms - it's not a great movie, but Anderson is putting in the damn work. 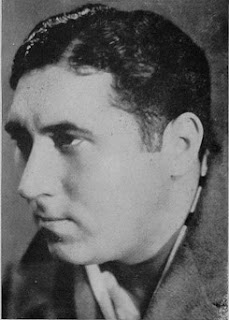 Walter Lang
The King and I
****
first and only nomination; DGA Award nominee

It's good work - true heat between Yul Brynner and Deborah Kerr, an incredible number in "The Small House of Uncle Thomas", lively performances, great sets and staging of musical numbers. Even if most scenes do take place within the proscenium, it doesn't feel stagebound. And his transitions from book to song mostly work! 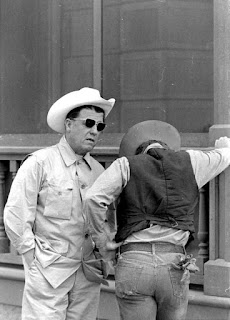 I keep thinking about his controlled chaos, his sure hand in three different sequences that get us through layers of story and inner turmoil before a Big Finish - the barbecue that welcomes Leslie, overwhelming her with Texan food and hospitality, culminating in her faint; the pool party where Jordan Jr. tells his parents his big news in silence before announcing it over the microphone; and that hotel party where years of tensions and prejudices finally explode. And in between, such wonderfully-observed, intimate scenes of real human interaction  - Stevens knows people and cinema, together. 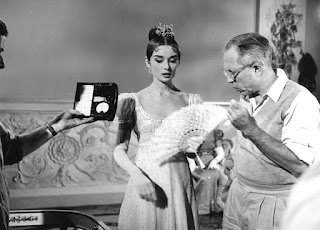 Given the unenviable task of adapting and abridging a doorstop of a novel, Vidor balances the intimate personal drama with the epic war flick without short shrifting either. His Napoleon scenes? Effective. The long march of the French through Russian winter? Jaw-dropping. The love story between Fonda and Hepburn? I liked it! 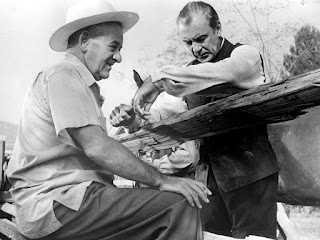 Many's the time Wyler's handled drama and comedy, the epic and the intimate, without trouble. So why is this movie so uneven in its balance of the same? He does a fine job with his actors, of course - when doesn't he? - but it's an unwieldy thing, with leaden comedy and beats that are stretched well past their effectiveness.

Barely a contest! I co-sign Oscar and give my vote to:


Tomorrow, the nominees for Best Adapted Screenplay: Around the world in Eighty Days, Baby Doll, Friendly Persuasion, Giant and Lust for Life.