Music break, featuring the nominees for Best Scoring of a Dramatic or Comedic Picture:

The best thing about the movie is this lush score - regal, romantic, epic. The movie does not work, full stop, without this score.

One of those scores you can hum along with, even when it's your first time hearing it! A jaunt!


Between Heaven and Hell
Hugo Friedhofer
***
past winner, sixth of nine nominations

I love Friedhofer, a composer who knows from effective underscoring, always appropriately tailored for the movie at hand.


Giant
Dimitri Tiomkin
*****
past winner, eighth of 14 nominations for score

I mean, right? You hear this music, you see that title, and you think hell yeah, Giant is the word! Stirring, grand - Texas in music!


The Rainmaker
Alex North
****
fifth of 14 nominations in this category

Mischievous and playful and romantic in all the right places, much like the rainmaker of the title.


My vote goes to: 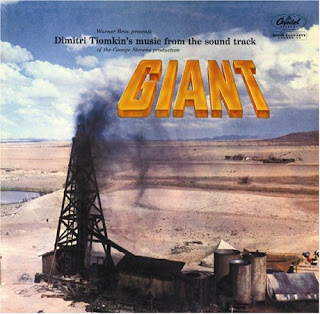