Here are nine other films nominated for Academy Awards across seven categories:

Regarding the momentum of the story and details of the plot, it absolutely feels like several drafts stitched together and feels much longer than it actually is. A shame, because Sigourney weaver is tremendous in this, playing a Ripley who fights to survive, even as she's racked with survivor's guilt. Its Visual Effects nomination was well-earned, used first to establish Ripley's ship crash-landing on the prison planet, then to show us the fully active xenomorph throughout. 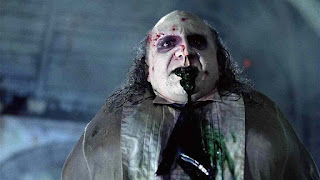 Very busy, very campy, very interested in its villains as visuals but not much else. Impressive makeup effects bring the Penguin to ghastly life, to say nothing of Catwoman's wild mane or Max Schreck's ghostly being. Visual effects highlights include the various Bat-vehicles, bats, umbrella gadgets. Not a bad couple of nominations, though Costume would also have been a fine consideration. 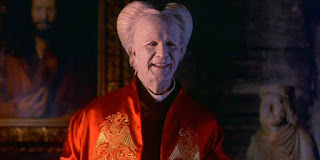 A horror-comedy that's got the goods on both counts. Look especially at Goldie Hawn, soaking wet, fishbelly-white, her eyes an unnatural neon: a succubus from your weirdest scary-sexy dream! A great showcase for Meryl Streep, one of my favorites of her oeuvre. Its Visual Effects win is deserved, with a still-impressive "how?!"  quality to the spun-about heads, shotgun wounds, bouncing body parts... 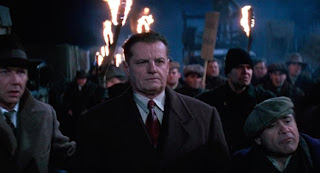 I don't hate the idea of examining Hoffa through a (fictional) trusted aide, one who can embody both the union men he inspired and the criminal thugs he cultivated; it just doesn't work, completely. The makeup is fine, subtle work on Jack Nicholson to transform and age him. The cinematography nod, too, is not a bad one; the riot sequence in Act One and the meeting between Ciaro and D'Allessandro in Act Three are particularly great examples. 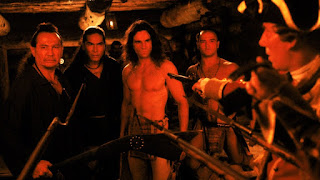 The Last of the Mohicans
Best Sound winner

A good win, with all the nature and war and music perfectly mixed together. I'm surprised this didn't get in for cinematography, editing or score, either. Not that I would necessarily nominate it for those, but one imagines this film should have been right up the Academy's wheelhouse, especially considering how genuinely good it is!

There are times when the cinematography is gorgeous, and there are times when it is fine. I  understand the nomination, but I do not agree with it...though I applaud the divine lighting of Tony Leung's gorgeous ass. Truth be told, I don't like this movie very much: it's kind of dull and the performances aren't great. Now, had this been up for score or sound, we'd truly be talking. 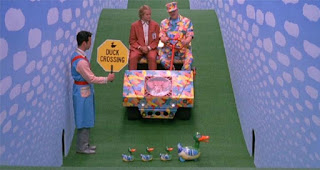 One of the most visually imaginative films of the year. The nominations are deserved, there is nothing else like the sets and costumes here. I wish the movie was consistently involving; instead, it seems just as enamored of action and violence as its chief antagonist, and that slogging finale suffers as a result. Ah, well, we'll always have Alsatia! 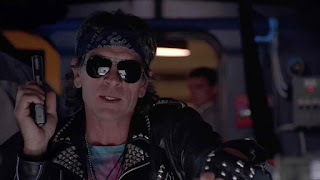 Action films tend to do well with the sound categories, at least nomination-wise, and it's good that a genre film like this can be given its due somewhere. It's dunderheaded screenplay, too slick production values, and vacuous leads make for a very not-good movie, but the sound is fine. Shit explodes, bullets fly while a band plays, knives whip through the air.

Email ThisBlogThis!Share to TwitterShare to FacebookShare to Pinterest
Labels: 1992, Alien, Batman, Death Becomes Her, Dracula, Hoffa, Oscars, The Last of the Mohicans, The Lover, Toys, Under Siege