The 1992 Retro Hollmann Awards, Day One

The awarding of the 1992 Retro Hollmann Awards begins! Reference the Top Ten, check out the full list of nominees, then sit back and enjoy as we cover the first nine categories, including Director, Original Screenplay, and Score, and beginning with.... 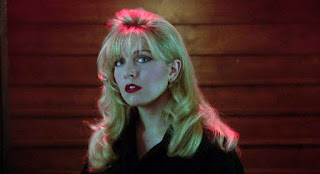 Goodness, was there anything left of Sheryl Lee after shooting? Every muscle in her body from her feet to her face gets a workout, stretched and tensed to the extreme, her anguished scream the sound of a tortured soul. Laura Palmer is someone who's been surviving, but the strain is becoming too great to bear; she finds no way out, fears her friends will get pulled further down with her. Lee plays agony hauntingly - she leaves wounds. But it wouldn't be so effective had she not shown us Laura's genuine love for the people she cares about, the fun-loving Laura, the Laura with a future. An exhausting, exquisite performance. 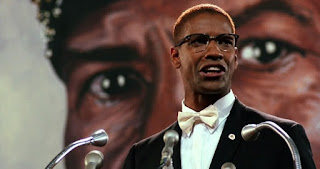 I had a lot to say about Denzel Washington's Malcolm X while discussing the Best Actor nominees of 1992. what else is there to say? This is what acting is all about, surely, giving yourself over completely to a role, neither losing your audience or resorting to mere mimicry. This comes from the inside out -  from his shout in solitary confinement and the flexibility of his dance moves, to the confident signals at the hospital and the solemnity of his prayers.

In second, Murphy's Marcus Graham is sexy, stylish, hilarious, and redeemable. In third, Keitel's LT charts the roller coaster of his highs and comedowns. In fourth, Oldman's Dracula is both romantic hero and Gothic monster, oddly human. In fifth, Caine's Ebenezer Scrooge shares the screen with his puppet co-stars without compromising the character's sincerity.

Oh my goodness, Bram Stoker's Dracula is constantly working. Maybe it's the mix of its score, maybe it's the isolated dialogue, maybe it's the shear brilliance of decapitations, the chorus of screams, the animal growl behind the Count's dialogue (and, occasionally, transitional inserts), but goddam does this film give you a sonic environment.

In second, Raise the Red Lantern's opera performances and staccato echo of foot massages. In third, Malcolm X's mix of speeches, editing of gunshots when there's none to be seen, mix and edit of marches. In fourth, Lorenzo's Oil hushed conversations and relentless whirring of the machines keeping Lorenzo alive. In fifth, The Player's clever mixing taking us from Hollywood gossip and deals to blackmail and conspiracy. 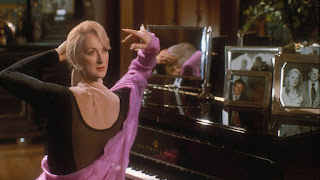 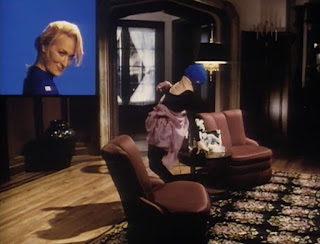 Death Becomes Her is unimpeachable in its effects work. Meryl Streep's twisted head, the shotgun hole in Goldie Hawn, their living corpses bouncing and splitting across the steps, only to land in time for some pithy dialogue, and all of it holds up! Kooky, side-splitting, wonderful work. 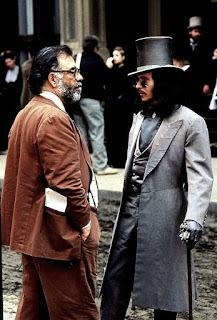 Some films you think, oh, that's clearly a strong writer and a director not getting in the way. Other movies, every frame is so thoughtfully interpreted, it must be the perfect example of auteur theory. Bram Stoker's Dracula is the latter, a vision so totally and completely its director's, it's hard to believe there are other writers, cinematographers, designers credited. Sexy and scary, it's one of Coppola's most human achievements. 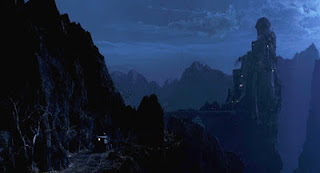 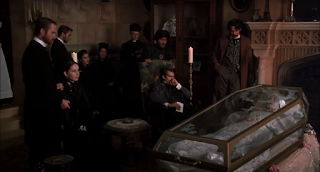 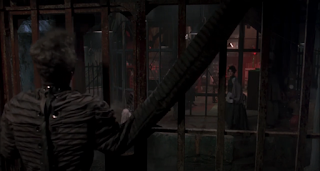 When I think of Bram Stoker's Dracula, I think of that awesome castle, impossibly shaped like a silhouette of the count himself. I think of the brides' four-poster bed with the mirror. I think of the asylum with its chamber for Dr. Seward on the premises. I think of Mina's study in the conservatory. I think of Lucy in her boudoir, her luxurious rooms and glass casket. I think of the sets, is what I'm saying, these glorious sets. 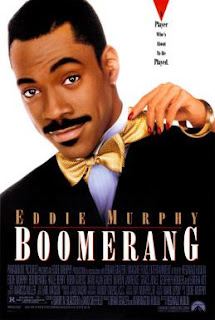 This is what a genuine adult rom-com should be: big laughs, realistic conflict sans broad hijinks, real conversations about sex, aging, masculinity, art, professionalism, race, community. I love the evolution of Marcus's relationships with Jacqueline and Angela. I love the entire Thanksgiving sequence with Gerard's randy, stylish, frank parents. I love when the men are talking about women while eating, working out, shopping. I love everything!

In second, In the Soup has great fun and a surprisingly big heart. In third, Unforgiven indicts the American West through one man's struggle of his soul. In fourth, Daughters of the Dust seamlessly brings together past, present, future, dreams, realities, ghosts, the living, elderly, unborn. In fifth, Lorenzo's Oil makes scientific discovery so human.


Tomorrow, the Supporting Acting categories, Cinematography, and more, including...Best Picture of the Year!