Personally, I think it's interesting to look at the 1992 Best Actor lineup and not only see that there is one former winner, but that it is neither Clint Eastwood (this was his first acting nomination), nor is it Al Pacino (though that would soon be corrected). It's Denzel Washington.

Washington was already on his third nomination in 1992, having been nominated as a Supporting Actor for Cry Freedom and Glory; it was the latter that resulted in his first Oscar win. Malcolm X was his first nod for Lead Actor; his next five nominations would all follow suit: 1999's The Hurricane, 2001's Training Day (another win), 2012's Flight, 2016's Fences (for which he should have won a third Oscar) and 2017's Roman J. Israel, Esq. All told, that's eight nominations, exactly the tally Pacino had before he finally won his first:


Since then, there's been some debate over who should have won this year. Hell, it's a debate that goes even further back, to 1974-75: if Pacino won for either The Godfather: Part Two (as he could've) or Dog Day Afternoon (as he should've), would there have been less pressure to give him a career Oscar, thereby allowing Washington to take what Spike Lee claimed was rightfully his? Would Washington have even won? A second Oscar in three years doesn't always happen, and there were three other nominees, all on their first time; I can especially see a case for veteran Eastwood becoming the first actor-director to claim both prizes in one night. And what about Stephen Rea, star of the indie film du jour and Best Picture contender The Crying Game?

Fortunately, I'm here to settle once and for all not just the coulda-woulda - but more importantly, the shoulda: 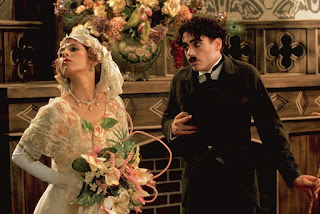 Physically, a match. A fine job in reenactments. A bit low-key, which does help to convey a person who's more comfortable, more in control, performing than he is having to be himself. At times, however, he's a little dour, joyless. I don't think it's a bad performance, just not one I'm eager to re-visit. 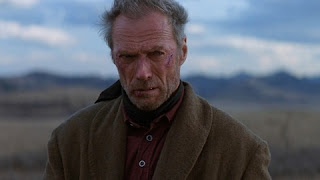 A lifetime of regret in those eyes. Constant reassessment: "I shouldn't be here." Every step a reminder of who he once was. But he's in control, right up until the final act, when hell breaks loose, and he is no longer the man his wife married, but the man her mother heard about: the merciless killer, eyes flaming with a deadly anger. Not a huge stretch, maybe, but a perfect marriage of persona and character, a union that makes a terrific performance. 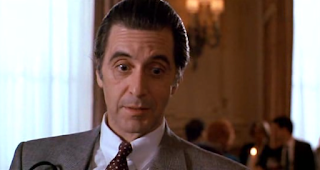 One almost forgives the movie's length because he makes Frank so watchable. The tango is a famous sequence, of course, though it's the lead-up to it that strikes me most: he really can turn on the charm when he needs to. It's a performance that could very easily become repetitive, a character that's not very difficult to dislike, but Pacino navigates the journey expertly. Great performance in a not-so-great movie. 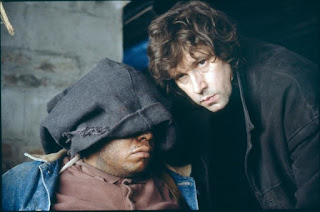 A reactive role for the most part - he listens, he absorbs, he sits and takes it, smug face, arms crossed. Laconic on the outside, but it masks an uncertainty, and here is Where I think Rea makes the greatest choice: so uncertain, so reactive is Fergus, that When he does take action, it's alWays urgent and clumsy. Chasing Jody, kissing Dil, rehearsing the hit: he goes about each of these so uncomfortably, because actually doing something is so alien to him. Terrific chemistry With co-star Davidson.

Three and a half hours of a controversial figure like Malcolm X is a lot to carry on your shoulders. Washington more than rises to the occasion: this is Shakespearian work. I think about his energetic walk in his zoot suit, his simmering resentment while telling the white girl to kiss his foot, his growing anger as he watches the police brutality on TV, the inhuman groan he emits in solitary, his undeniable magnetism as he delivers a speech or gives an interview, the real peace he seems to find after his trip to Mecca - voice, posture, even smile all humbled. A detailed, ferocious, beautiful performance.

As I said above, I can see an argument for Eastwood - God how I can see it! - but there's nothing else this year that rivals the titanic achievement of: 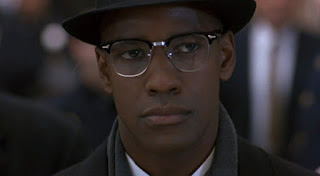 Tomorrow, the nominees for Score: Aladdin, Basic Instinct, Chaplin, Howards End and A River Runs Through It.
You May Also Enjoy: