You can't call the 1992 Best Actress competition a "race" - or even a competition. Sure, there were five nominees, four of them named at previous awards shows, but the season had already decreed a winner by Oscar night. And that winner was Emma Thompson:


It's not just that Thompson was nominated across 16 different critics groups and awards bodies around the world; it's more so that she won all of them. All of them. Not a loss in the bunch. It was a total and complete domination. Everyone else was just happy to be nominated.

And who was that everyone else? Let's talk: 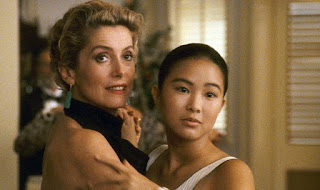 Catherine Deneuve as Éliane
Indochine
**
first and only nomination

The role: A rubber plantation owner in French Indochina whose adopted Vietnamese daughter becomes part of the Communist uprising.

After all these years, this is what gets her the nomination? A very capable, but hardly challenging, performance; and while Deneuve does what she can to barely illuminate the inner life of Éliane, she's hobbled by one incontrovertible fact: this is not her story, but her daughter's. It's not a bad performance, just frustratingly opaque and the least interesting plot of the film. 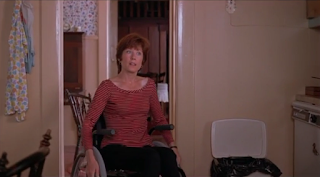 The role: Soap opera star who returns to her Louisiana hometown after a car accident renders her paralyzed from the waist down.

"I spent a fortune getting rid of it," she says of her accent, her roots, her past. She then spends the rest of the film getting it all back - subtly at first, unmistakably by film's end. She never fully shakes the wariness from her years navigating Daytime, nor the obstinance that got her there in the first place. So natural, so fully lived-in is her portrayal - self-deprecating, bitchy, warm, funny, sexy - you almost feel like you're intruding by watching her. 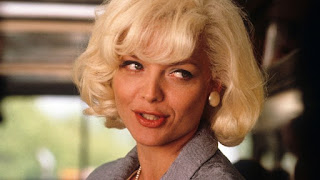 The role: A Dallas housewife taking a cross-country trip to JFK's funeral who inserts herself into the life of a Black man and his daughter.

She's terrific as a woman whose grief manifests itself in a bizarre obsession with the Kennedys. The way she blindly forges ahead with her plan, kind and chatty but also willfully naive, with a stubbornness that shows more awareness of her privilege than she's willing to admit. There are many ways a performance could condescend to the character, could telegraph to the audience that the actress isn't on board with the part; Pfeiffer doesn't take the easy way out. 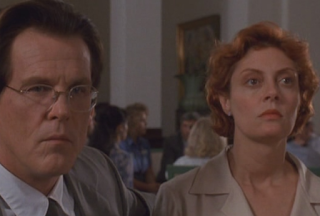 The role: A mother searching for a cure for her son Lorenzo's ALD.

Takes on what could be a stock character, the Determined, Grieving Mother, and gives her an edge by playing the most difficult trait of all: how difficult such people can be. She throws blame where she shouldn't, biting back more ferociously than her husband and bluntly dismissing people when they speak their minds. She's full of guilt and better memories and love and steel. Sarandon shows us all the pain and courage of motherhood, marriage and medicine. 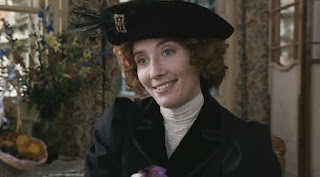 The role: A middle-class intellectual and free thinker torn between her values, those of her wealthy new husband, and her devotion to her spirited sister.

You can't feel the cue of the writer, nor the instruction of the director, you just experience pure Margaret. Every gasp, every look, every sudden kiss, seems almost unbidden - it makes those moments when she controls herself, evenly choosing her words, stand out more distinctly. It's said often about biopic performances, not enough for fictional ones, but it's true: Emma Thompson is Margaret Schlegel.

My own vote? Sorry to follow the crowd...actually, no, I'm not! I vote for:


Tomorrow, the nominees for Best Original Song: Aladdin ("Friend Like Me", "A Whole New World"), The Bodyguard ("I Have Nothing", "Run To You") and The Mambo Kings ("Beautiful Maria of My Soul").