Our final slate of nominees for this week, and it's an exciting one: 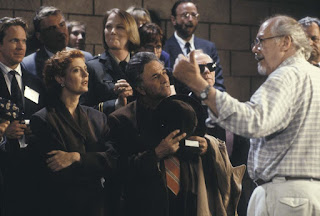 The opening long take, consciously showoff-y. Those star cameos, improvised separately from the plot and writing. The noise of the police precinct, the murmur of a Hollywood party. In every element is the wink and tweak at Hollywood, a knife in the front from one of their own. Truly, after decades with a reputation as an outsider, his perfect execution of this noir satire is the ultimate insider move. 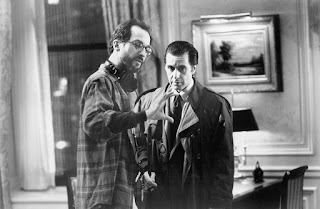 Martin Brest
Scent of a Woman
**
first and only directing nomination

Much like the screenplay, I can't fault this 100% because it is a well-mounted thing, and he plays well with his actors. I just wish he knew where to cut. Despite the suicide themes, this is a fairly light drama, almost a romp; does Brest really think it requires 2hr36min to tell this story? To make time for the cringe-y, false-ringing bookends at prep school? Eccch.... 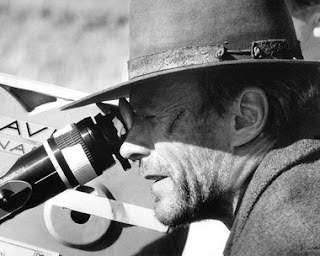 I know he has the reputation in some circles for single-take, uninspired directing, but the visual poetry on display here! The west is a beautiful place, until you bring the people in. The best scene in the film, where Hackman tries to goad Saul Rubinek, then Richard Harris, into holding a gun against him when they're most vulnerable: claustrophobic, menacing, scoreless, the tension subtly getting tighter: it's masterful. 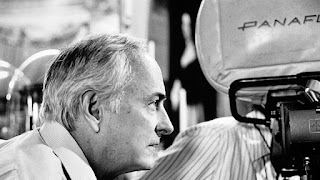 Is this his most accomplished work? I know perfection when I see it, and this movie just...sings. That's thanks to Ivory. Not a scene drags, not a moment rings false. Everyone looks and sounds at home in their period surroundings, as casually and comfortably as any contemporary-set drama. He is the un-fussiest of directors, yet that is not to say he is lacking in specific style. Understated, yet effective is his bag. 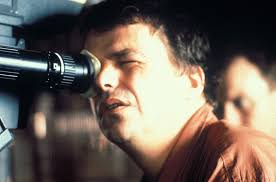 I can't imagine anyone else having the sure hand of Jordan's screenplay than Jordan himself. There are bizarre rhythms to the scenes, unlikely transitions between genres, and, hm, controversial plot elements that could so easily become clunky or exploitative. But not in his hands. There's honesty and humor in the quieter scenes, and the violence does not take away from that intimacy.

After a week of co-signing every choice made by the Academy, once again I have given my highest score to the Oscar winner:


But I also gave my highest score to another director! And in the end, he's the one who gets my vote: 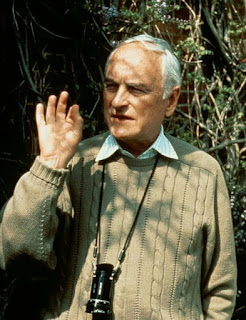 Tomorrow, a day of rest. Then Monday, the nominees for Original Screenplay: The Crying Game, Husband and Wives, Lorenzo's Oil, Passion Fish and Unforgiven.