Continuing our look at the horrors of 1992, as inspired by the 1992 Horror episode of the podcast Screen Drafts.

It is up to each new panel of guests to decide for themselves, but there is a rule that allows for titles not released in cinemas to be eligible for the draft. In this case, Joe Begos and Graham Skipper opted to allow for DTV titles to count towards their final seven, and one even made it on there! Following are six direct-to-video titles (one of which was the title played), one made-for-TV movie, and one theatrical release that was just one title too many for yesterday's. 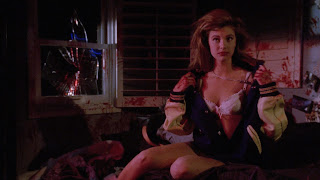 Amityville 1992: It's About Time
A cursed time loop and supernatural happenings finally convince a woman that her bad relationship is just as terrible a loop. surprising heroine learns that a time loop Twists itself to accommodate the Amityville connection, suggesting that all the evil we know comes via clock. would you believe, it works? Great set-pieces, great makeup, great score, solid performances - I was pleasantly surprised! Released direct-to-video. 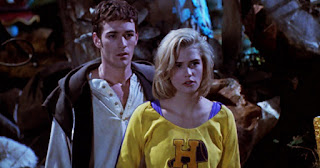 Buffy the Vampire Slayer
The O.G., with Kristy Swanson as a bubble-headed cheerleader who must save her SoCal town from a coven of vampires. She's a delight, the film is a blast. And then comes the climactic final battle...dullsville, a lack of rhythm dismantling all that came before. But hey, those first 3/4 are terrif! Swanson, Luke Perry, Donald Sutherland: a dream team I never knew I needed! 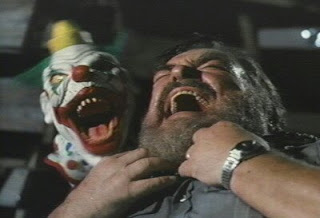 Demonic Toys
Cop follows crooks into a warehouse full of...well, you've seen the title. "For those who like that sort of thing, that is the sort of thing they like." Released direct-to-video. 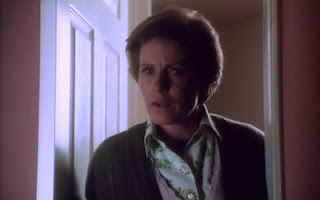 Grave Secrets: The Legacy of Hilltop Drive
Supposedly based on true events, residents of a new development experience strange happenings, before learning their suburban neighborhood was built over the burial ground of former slaves. Kind of a Hallmark take on Poltergeist, pleasantly dull but with a downbeat ending that is both surprising and most welcome. Kind of hard to object to. Patty Duke and David Selby ground the proceedings. Made for television. 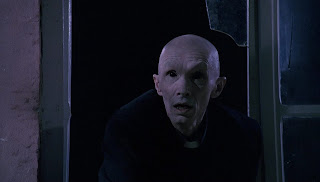 Happy Hell Night
Some sort of demonic entity is released during a fraternity dare. An ensemble larger than they know what to do with, everyone's too fucking old, a nonsense final stinger. And yet! The atmospherics are right, the villain is terrifying, Sam Rockwell plays young Darren McGavin! I'd watch it again, but I also think a remake wouldn't be a bad idea. Bad title, though. Released direct-to-video. 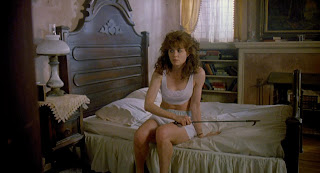 House IV
A widow and her daughter take on the ancestral home of their recently-deceased patriarch. A noble attempt to continue the sublime mythos of the House series. It's all right, just has difficulty keeping the different threads of its narrative together. There is one particularly awful scene that is vomitrocious in its use of bile. Released direct-to-video. 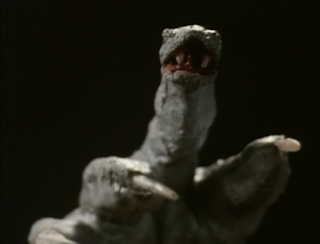 Netherworld
Guy returns to the estate of his estranged father, gets involved in some occult bayou magic. I, for one, felt it a treat to see The Loved One's Anjanette Comer make an appearance. Otherwise, a pretty dull voodoo flick, though the himbo levels are off the charts. Released direct-to-video. 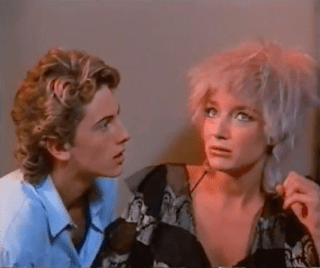 Spellcaster
Contest-winning teens spend a weekend in an Italian castle - and spoooooooky happenings occur. Like a lot of the movies here, it's got a lot of potential: some genuinely good scenes and performances, but brought together by a thuddingly dull editorial hand. That Harold Pruett is a fox, though, isn't he? Released direct-to-video...after a four-year delay.