The last of the movies screened for our 1986 retrospective! 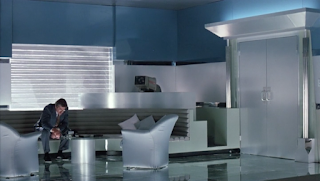 Richard Gere has a mustache in this political...thriller? Fast-paced - two hours went by in thirty minutes, I swear! - and with an intimidating performance from Denzel Washington. But I'm still not sure what happened or why the character reacts the way he does. Gene Hackman doing Tennessee Williams is bizarre, too. Great sets, though.

[one last Best Picture nominee and a sleuthing Sean Connery, after the jump...] 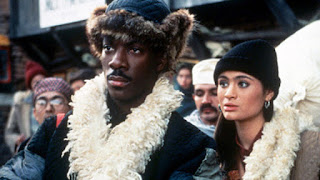 Kurt Russell did it; now Eddie Murphy gets his turn to battle ancient Eastern magic, with Charles Dance as a literal white devil. The laughs don't quite hit, though, with a lot of "riffs" that sound more like placeholders for jokes. No chemistry between Murphy and Charlotte Lewis, either. 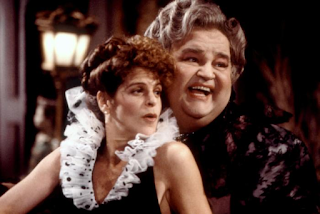 Inconsistent, but fun tribute to "old dark house" flicks of old, at times recapturing the magic in its editing, cinematography, and practical effects. Dom DeLuise is a gas as doom-and-gloom Aunt Kate. Twists and turns don't make much sense, while the large cast goes mostly unused. 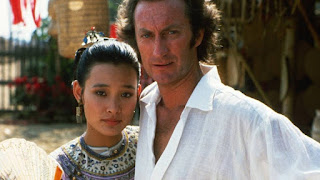 Handsomely mounted, with a typically great Maurice Jarre score. And yes, intriguing to see the beginnings of Hong Kong as a British colony and port of trade. Hazy on certain plot points, especially for a film which hinges on the intricacies of trade and family relations. Politically cringeworthy, but the facts are the facts, after all. 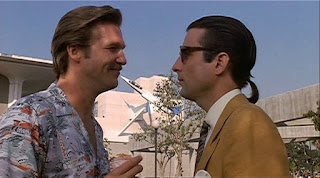 A great crime flick with outstanding performances from Jeff Bridges and Andy Garcia - their scenes together are like watching Fred and Ginger, two performers perfectly in sync. Straightforward in its plotting, suspenseful in execution, great character work. I adore it. 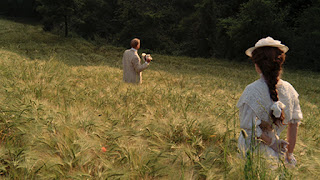 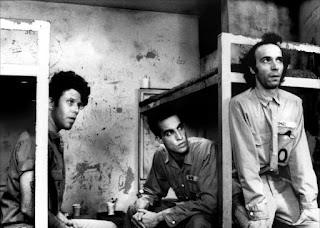 Down by Law
dir/scr: Jim Jarmusch

A kind of comic purgatory, with laidback do-nothings Tom Waits and John Lurie on the run with Roberto Benigni and his unique grasp of the English language. Jarmusch makes great use of the New Orleans setting, capturing the shacks, swamps, and skids in loving detail. 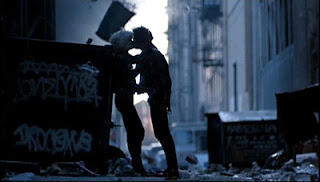 An uninteresting, unenlightening movie, whose only saving grace is that it deglamorizes drug use by being so crushingly dull. Half-hearted, scattered attempts at some formal experimentation, with a disingenuous "Sid & Nancy RIP" in the credits as a bitter chaser. Trash. 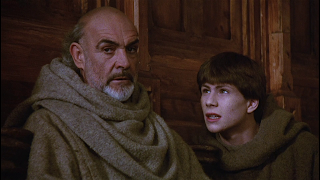 The Name of the Rose
dir: Jean-Jacques Annaud
scr: Andrew Birkin/Gérard Brach/Howard Franklin/Alain Godard, based on the novel by Umberto Eco

Moody monastery mystery. Time and tone perfectly evoked through the unusual faces in its ensemble, blue-toned cinematography, and damp sets.  James Horner crafts a score in this setting that's not all Gregorian chants! Sean Connery and Christian Slater are a fun sleuthing team, and Annaud does a fine job balancing that with the grimmer theme of the Church's abuse of power. 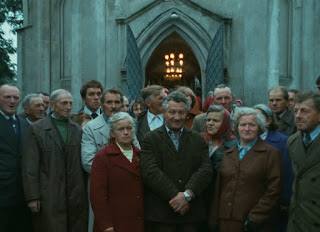 Shoah
Note: Though awarded Best Documentary of 1985 by LAFCA and NYFCC, the official Academy Reminder List designates this as a 1986 release.
dir/scr: Claude Lanzmann

Staggering examination of the Holocaust, as told by those who were there: the survivors, the villagers, even some Nazis. Told in two parts over nine and a half hours, Shoah distinguishes itself by not just going over the horrors, but the bureaucracy tied to the horrors: train schedules, exchange rates, the minutiae of gassing and disposing of the "product." A harrowing document of man's inhumanity.


The Best of the Ten: A Room with a View and 8 Million Ways to Die and Shoah

The Worst of the Ten: Sid and Nancy


Next week - we look back at the Oscars, beginning with Best Supporting Actress! The movies we're covering next week include:


Aliens
Blue Velvet
Children of a Lesser God
The Color of Money
Crimes of the Heart
Hannah and Her Sisters
Hoosiers
The Mission
The Morning After
Peggy Sue Got Married
Platoon
A Room with a View
'Round Midnight
Stand by Me
Star Trek IV: The Voyage Home

Email ThisBlogThis!Share to TwitterShare to FacebookShare to Pinterest
Labels: 1986, 8 Million Ways to Die, A Room with a View, Down by Law, Haunted Honeymoon, Power, reviews, Shoah, Sid and Nancy, Tai-Pan, The Golden Child, The Name of the Rose