August is here, and so is our official month-long celebration of 1986. We've got Oscar Retrospectives ahead, as well as my personal picks with the Retro Hollmann Awards. But first - more reviews of the films screened. In this edition, we hit the big 5-0.... 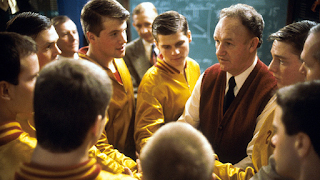 There are only six or seven players, and I feel like I didn't get to know them, what this sport means to them, how they're bonding with each other/the coach. It's a loss that keeps me somewhat distant. Gene Hackman and the score are doing a lot of the heavy lifting.

[sequels and Streep, after the jump...] 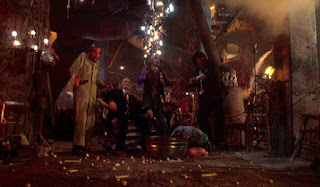 More blood, more gore, more plot (such as it is), even more production design, trading in the intimate farmhouse for an underground maze of tunnels and mummies. As a Leatherface lover, be not surprised when I tell you I absolutely loved it. Performances play like grisly dinner theater. 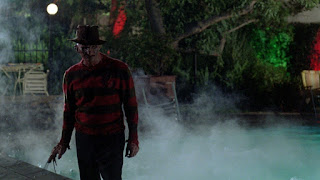 I never much responded to this series - the idea is spooky, the execution(s) less so. But I've always had a soft spot for this one, mostly because of the gay subtext. Still, let's not pretend this a good movie. Great makeup. 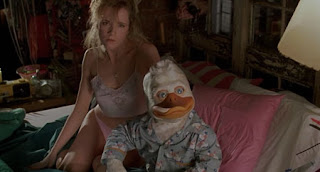 I was expecting a curiosity, not a genuinely great time; I was wrong. It's great from beginning to end: the performances (Lea Thompson!), the music (John Barry!), the effects (Howard!), the script (frequent laughs!). An unfairly maligned sci-fi comedy.

Pretty rad! My impression is that this movie has been mostly shrugged off, which is a pity considering it's beautifully shot, well-acted, and unlike many other flicks. I'm a fan! 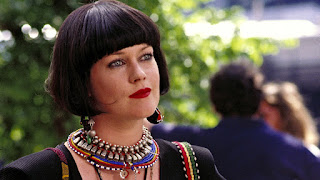 A 90-minute story stretched to a little under two hours, but in the end...I liked it? There's no denying the magic between Jeff Daniels and Melanie Griffith; that, the soundtrack, and the quirky inventiveness of Demme make this a more enjoyable experience than the script promises. 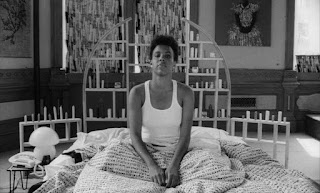 A confident first film that addresses female sexual autonomy - but I'm still not entirely sure what Lee thinks of his lead. Is he down with her independence, or does he think she's a sex addict trying to fill some inner void? The last monologue suggests the former, the closing shot the latter. Engaging ensemble. 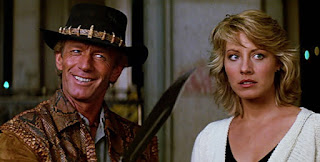 Two fish out of water tales, with the New York reporter visiting the Outback, then returning with the Aussie wild man himself. Hogan imbues Dundee with a believable mix of naivete and know-how. Real sparks between him and leading lady Linda Kozlowski. And the score is great! Delightful! 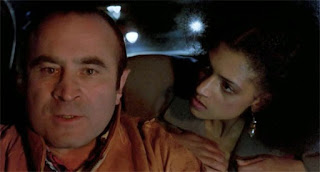 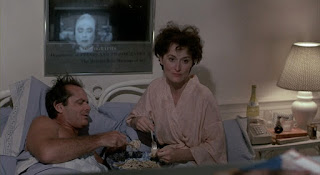 Why don't more people talk about this? Meryl Streep in fine form, yet again, as a food writer, wife and mother dealing with the fallout from her husband's infidelity. Great, witty writing by Ephron ("Hungarians have no pronouns." "Apparently they don't have fucking doors, either."), understated Jack Nicholson, and a who's who of great character actors: Stockard Channing, Richard Masur, Catherine O'Hara, Anna Maria Horsford, the list goes on...


The Best of the Ten: Heartburn and Howard the Duck

The Worst of the Ten: A Nightmare on Elm Street 2: Freddy's Revenge

Email ThisBlogThis!Share to TwitterShare to FacebookShare to Pinterest
Labels: 1986, A Nightmare on Elm Street, Crocodile Dundee, Heartburn, Hoosiers, Howard the Duck, Mona Lisa, reviews, She's Gotta Have It, Something Wild, The Clan of the Cave Bear, The Texas Chainsaw Massacre 2