Class of '86: Hurt Gets to the Point and Best Actress

They must have been running out of time because William Hurt leaps into the nominees almost as soon as he reaches the podium. And if you think they cut it down for YouTube, may I direct your attention to the remaining 30 seconds of the Live Action Short category:


As you'll see, there is no patter. The man could not wait - and neither could we! After all, this is crowning the creme de la creme! Previous winners Jane Fonda (two times, NBD) and Sissy Spacek are here! Kathleen Turner and Sigourney Weaver are here for the first time, but they're known entities finally being honored! And then there's all-around first-timer Marlee Matlin, who made her film debut playing the lead in an adaptation of a play where she was in the ensemble. As if that wasn't enough of a Cinderella, her boyfriend is presenting her category. And sure enough:


This was a difficult category for me. I've tried to keep to a rule that says I can only repeat the same grade once - as in, two films can be ranked four stars, but not three. And that self-imposed rule meant I had to ding a star from one of my favorites.

Then I realized I make the rules, it's my blog, so who's really going to hold me accountable? Fuck that noise. Read on... 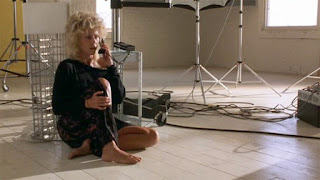 Jane Fonda as Alex Sternbergen
The Morning After
**
Fonda's solid as a drunk, and as we know, few can deliver withering disdain like she. She has great repartee with Jeff Bridges. But the role isn't there, much as she tries. 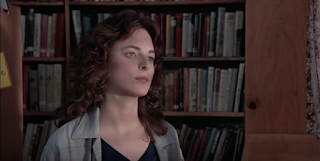 Marlee Matlin as Sarah Norman
Children of a Lesser God
*****
Matlin gives Sarah the strength and sense of humor she's needed to hold her own, always ready with a defiantly amused look, like she's the only one in the world in on the joke. Her joy is infectious, her sorrow equally so. There's one scene where she describes the "sound" of the ocean by making her hands break like waves across her body - it's both sexy and accurate! An impressive debut. 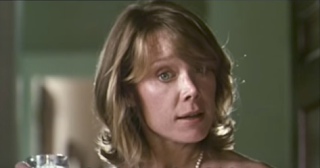 Sissy Spacek as Babe Magrath
Crimes of the Heart
***
Spacek's first nomination for a comic role, and a great one at that. She's all in as the flighty, crazy Babe, who shot her husband and had an affair with a 15-year-old...but still comes off as likable. You want her to win. The most at ease with the material, she balances the oddball tone with insight - you can see when Babe chooses to be a little more "off" than she really is. 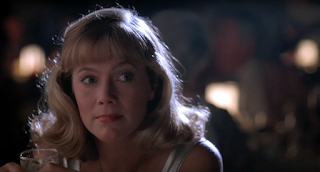 Kathleen Turner as Peggy Sue
Peggy Sue Got Married
*****
Stylized sincerity is a hard thing to play, and Turner pulls it off. Her intonations are lost in time - even in the present, she speaks with a heightened 50s attitude, her voice trapped in the past. Her wonder, confusion, excitement when she finds herself back in high school are genuine, and I love that she can't bother to pretend otherwise. She even manages to move us to tears without breaking tone. 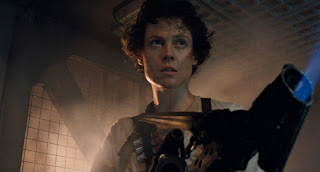 Sigourney Weaver as Ellen Ripley
Aliens
*****
A performance for the ages. Weaver owns the action genre, with a taut jaw and "don't bullshit me" stare. Much has been written about Ripley's "mother" arc in this film, one that Weaver executes sensitively, but I love that she never forgets Ripley's trauma. There's a tenseness in her posture; she's ready for the worst at any moment. Not a detail is missed.

Oscar chose the great Marlee Matlin, but two other women were worthy of the win. Do I honor action, drama, or stylized dramedy? I played fast and loose with my ratings, but the Academy's ballot only allows me one box to check. And that check belongs to.... 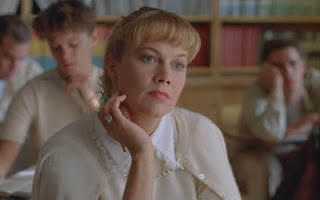 Tomorrow, Best Director celebrates the men behind the films (because God forbid they nominate Randa Haines, the first woman to direct a Best Picture nominee!): Blue Velvet's David Lynch, Hannah and Her Sisters' Woody Allen, The Mission's Roland Joffé, Platoon's Oliver Stone, and A Room with a View's James Ivory!