To the theme from The Rose, out comes Bette Midler, quick to skewer the proceedings with some light blue humor, a dig at the People's Choice Awards, and even good-humored calling-out of people who insist on "whoo-ing" for their favorites:


See how her eyes just light up when she reads the winner's name aloud! And dig how that fine-ass Mr. Hancock is adorably nervous at first, then delivers an elegant tribute to Jazz, "this American-born artform" for which "praise has long been overdue".

But, you know, I have my own tastes - or lack thereof, depending on how you feel about this category! The nominees for Best Original Score, in the reverse order of how I'd rank them; bottom's up, in other words. After the jump....

'Round Midnight
Herbie Hancock
**
I don't get jazz? Especially since much of the score consists of riffs on previously published music, so... I don't know.

Hoosiers
Jerry Goldsmith
***
It's the second-best thing about the movie (Gene Hackman number one!), and it's known as one of the Best Scores and Best Sports Scores ever. I can't quite cotton to it. 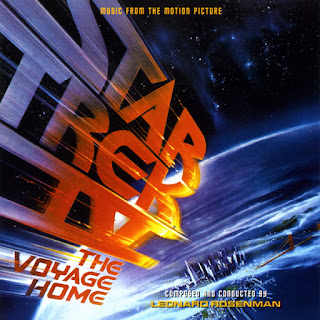 The ranking is clear. My vote goes to:

ENNIO MORRICONE
for
THE MISSION

Tomorrow - the nominees for Best Actress! And they run the gamut: Sigourney Weaver brings the action in Aliens; Marlee Matlin is sensual and knowing in Children of a Lesser God; Sissy Spacek's dark comic gifts are on display in Crimes of the Heart; Jane Fonda boozily centers a thriller in The Morning After; Kathleen Turner travels through time in Peggy Sue Got Married. Yowza!