Class of '86: Liz and Best Director

Let me tell you, there is no one I would rather get an award from than Elizabeth Taylor. Listen to that pure joy when she announces the name of the winner!


It's a sure tonic after the camera focuses on the wrong person for a solid 20 seconds - pity the poor camera person, who I must assume did not cover Best Original Screenplay, where Stone was nominated twice! But good on Stone - his "Cinderella story" began when he wrote the screenplay in 1976, had a few false starts, no one wanted to fund it - and ended as a Time cover story, multimillion-dollar grossing box office hit, and Oscar winner!

And all he had to beat were previous winner Woody Allen, returning nominees Roland Joffé and David Lynch, and newbie (!) James Ivory. But let's get into the particulars after the jump....

Woody Allen for Hannah and Her Sisters
****
Allen's reputation for ensemble work and the cross of dramatic and comedic tones precedes him - but this is perhaps the greatest example of those strengths. He's put together a team that is instantly at ease and natural together - you believe the years they've spent together. The jokes are funny, but grounded; he gives us drama, but never melodrama. And is this not the best ensemble he's gathered, from principals like Michael Caine to one-scene wonders like Joanna Gleason? 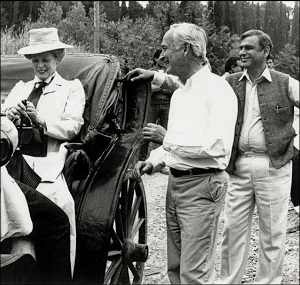 James Ivory for A Room with a View
*****
A deceptively light touch confidently juggling a romance, a satire, and a travelogue, seamlessly joined together to tell a story that is witty and swoony. His work with actors is unparalleled - how many period pieces feel this lived in; how often are single-scene featured extras as vividly realized as the protagonist? He knows just how long to linger on an image for maximum impact...and how long to delay our gratification. 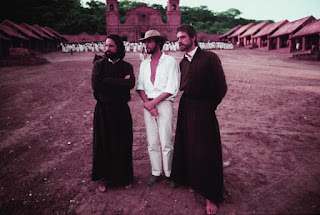 Roland Joffé for The Mission
****
An intimate spiritual journey, a historical epic, a call-to-arms against white supremacy and exploitation, capped with a suspenseful, breathtaking action sequence. Joffé executes it all without breaking his meditative style that allows the audience opportunity for contemplation and self-reflection. How can one see Robert De Niro carry his burden for almost ten minutes without considering their own? Masterfully done. 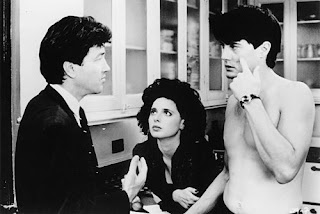 
*****
A weird talent for finding humor in the disturbed, pushing his actors and crew to go over the top until it goes from funny to weird to upsetting. His camera captures images we shouldn't be seeing; his soundscape introduces noises we'd rather forget. And yet there is something so natural, so lived-in about his madness, that we become part of this world, this hypnotic, beautiful nightmare. 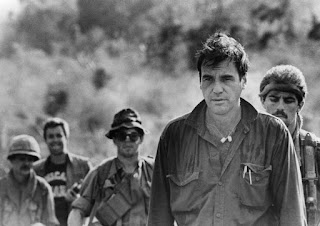 Oliver Stone for Platoon
***
Stone has an eye for chaos, eschewing spatial relations to further capture the confusion of soldiers caught in a land where they don't belong. His ensemble is in fine form, too, and he spends enough time with each member to truly establish the camaraderie and conflicts within the platoon. His music choices get to be a little heavy-handed, though.

Now, I'm a fan of Oliver Stone, but clearly in this case, I've other directors in my heart. And it surprises me, the one who finally secures my vote in the end. For it is none other than... 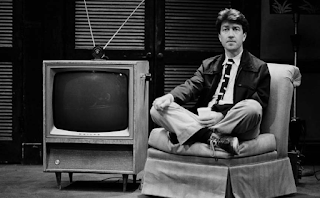 And when I started out, I was sure it would be James Ivory! Ah, no matter. Meanwhile, come Monday - it'll be all right, I'll be holding you tight, and we'll be discussing the nominees for Best Supporting Actor. The lineup: Hannah and Her Sisters' Michael Caine, Hoosiers' Dennis Hopper, Platoon's Tom Berenger and Willem Dafoe, and A Room with a View's Denholm Elliott.