Class of '86: A Song, Some Dance, and Best Supporting Actress

The year is 1987, but the year being honored is 1986. That was the year the Challenger exploded, the year the People Power Revolution ousted Ferdinand Marcos and his wife from power, the year of the Chernobyl disaster. The Legend of Zelda made its debut, Geraldo opened Al Capone's vault, The Phantom of the Opera opened in London, and The Oprah Winfrey Show began airing in syndication. Oh, and Oliver North started shredding documents related to the Iran-Contra affair (where's that movie, by the way?).

In Oscar Land, meanwhile, we had other concerns. Like, is it possible to acknowledge with a wink and a nudge the crassness of the ceremony in the 80s, how it's been reduced to yet another dog-and-pony betting pool? Honey, not only is that a yes - you can sing about it:


But goodness, we are not gathered here today to talk musical numbers performed by Kojak, Arnold, and Burt Reynolds' BFF. Today, we talk about Best Supporting Actress. And honey, it was all about family this year: Southern cousins who don't get along, distant mothers honestly trying to give intimacy a shot, lonely English relatives who won't stop reminding you how sad they are, neurotic New York sisters who trade husbands - and, just for some variety, a hard-bitten girlfriend with secrets and pluck.

But there can only be one winner...


What kind of order is that for nominees, by the way? It's not alphabetical by name, nor by film title. It's like they picked it out of a hat. Meanwhile, Wiest does well by her co-stars and her character, thanking the members of her fictional immediate family: parents first, then the sister she gets along with, then Hannah herself.

Was Wiest the right choice? Let's talk, after the jump...

Tess Harper as Chick Boyle
Crimes of the Heart
*
Styled up and walking about like a hen, Harper's sitcom Southern bitch would probably be a better character by the end of the first season. But this is a two-hour movie, and Harper's clucking is, like much of the movie, inorganic and too much. What in the world did people see in this movie? 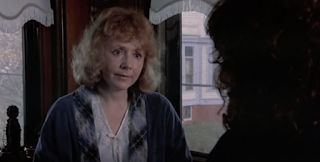 Piper Laurie as Mrs. Norman
Children of a Lesser God
****
In her three brief scenes, Laurie conveys the complicated love of a mother who has alienated her daughter but yearns to reconnect. You see where her daughter has gotten her defensive stubbornness - but you also see fear and guilt in her eyes. Her ebb-and-flow ASL in their reunion is spellbinding: a sincere gesture full of desperation, she's genuinely reaching out, trying to find a place where they can meet, whether in silence or in sound. 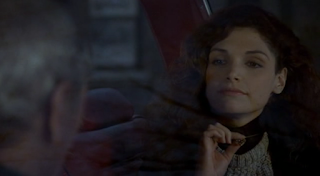 Mary Elizabeth Mastrantonio as Carmen
The Color of Money
***
Big hair, and what flair! This tough-talking broad owns every scene she's in with confidence, clearly more Fast Eddie's equal than her wise-ass beau, but whose cockiness comes with a certain naivete. Mastrantonio doesn't sand the edges, and while her character may seem caught between the pool sharks, she makes sure the audience knows she only has one loyalty: Number One. 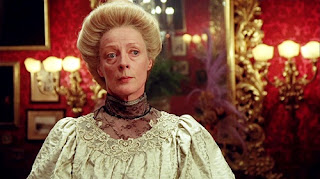 Maggie Smith as Charlotte Bartlett
A Room with a View
*****
Her expression never really changes - it's perfect. Smith makes Charlotte into an eternally apologetic, shady, quietly manipulative busybody, with a breathless curiosity that takes over in ways she seems to resent. Every line reading is a stitch, every insincere insistence on not letting others do for her perfectly underplayed. And when she excitedly blurts, "Lucy has something to tell us!" at the end, she amps up the catharsis for the audience.

Dianne Wiest as Holly
Hannah and Her Sisters
*****
Wiest puts her soft-spokenness to inspired use, emphasizing Holly's inability to truly stand out. Few actors inhabit Allen's half-improv, half-faux-improv style with the ease of Wiest - her off-handed comments seem genuinely off-handed! Bonus points for refusing to play up Holly's drug years with as much scorn as Mickey remembers them - she's cool, confident, non-judgmental.

The Oscar went to Wiest - and this is a difficult decision. Because both Wiest and Smith are five-star performances for me, and I really do love that Wiest is an Oscar Winner. But I also love Smith! And I have only one vote to give. And that vote belongs to.... 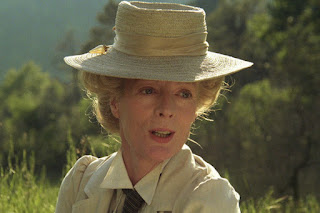 MAGGIE SMITH
for
A ROOM WITH A VIEW

Tomorrow, many of these same movies will be back for Best Adapted Screenplay: Children of a Lesser God, The Color of Money, Crimes of the Heart, A Room with a View. But added to their ranks: Stand By Me!

Email ThisBlogThis!Share to TwitterShare to FacebookShare to Pinterest
Labels: 1986, A Room with a View, Children of a Lesser God, Crimes of the Heart, Dianne Wiest, Hannah and Her Sisters, Maggie Smith, Mary Elizabeth Mastrantonio, Oscars, Piper Laurie, Tess Harper, The Color of Money