We continue our journey through 1986 - but briefly today. Just a quick five.

What on earth is Hooper going for here? Usually, I like something about his films - Lifeforce's opening sequence, Funhouse's tension, Eaten Alive's central performance - but this left me cold. A wasted cast led by a nightmarish child.

[great horror and Bowie in foine form, after the jump] 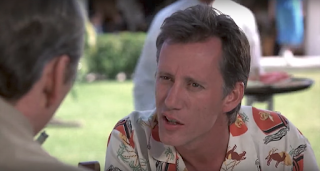 Stone's usual subtlety means a clunky first ten minutes, but the rest of it is truly engrossing, thanks in no small part to Woods' performance as a self-confessed weasel of a photojournalist who becomes personally involved and disgusted with the US-backed atrocities he encounters in El Salvador. 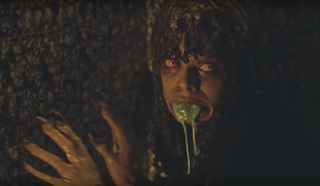 Blood, guts and pus in this Italian horror set inside a cinema during a special screening - where the feature presentation is DEATH. The makeup effects are disgusting. The four young leads are hot. And there are characters doing blow out of a Coke can. What's not to love? 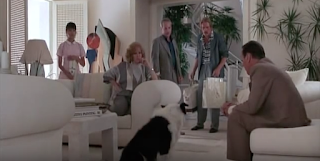 Down and Out in Beverly Hills
dir: Paul Mazursky
scr: Leon Capetanos/Mazursky, from the play Boudu Saved from Drowning by René Fauchois

Someone made a movie based on the diary entries of every girl I've been friends with since middle school - thank goodness! David Bowie provides great tunes and a suitably mystical presence as the Goblin King. Impressive puppetry from Henson's troupe. Inventive, and with a certain sweetness that sneaks up on ya.


The Best of the Five: Demons and Down and Out in Beverly Hills

The Worst of the Five: Invaders from Mars

Tomorrow: the last of the films screened. And then the real fun begins...

Email ThisBlogThis!Share to TwitterShare to FacebookShare to Pinterest
Labels: 1986, Demons, Down and Out in Beverly Hills, Invaders from Mars, Labyrinth, reviews, Salvador